Micro-engraver Graham Short, 72, has spent hundreds of hours etching the 5mm portrait on 11 fivers he plans to put into circulation if England reach the World Cup Final

Football fans could net themselves £50,000 if they spot a tiny engraving of England hero Harry Kane drawn on a special batch of £5 notes.

Micro-engraver Graham Short, 72, has spent hundreds of hours etching the 5mm portrait on 11 fivers he plans to put into circulation if England reach the World Cup Final.

Graham, of Bournville, Birmingham, said: “I have watched all of England’s games during the World Cup and wanted to show my support in the only way I can.

“I don’t know of a better way to celebrate than getting the notes out into circulation for lucky shoppers to find.

“If England beat Croatia I’ll be zig-zagging across the country, starting in Plymouth and maybe going through Oxford, the Midlands and Norwich so people should check what fivers they’ve got.

“If someone comes across one of them they could put them up for auction, I don’t know how much it would go for but all my work is insured for £50,000.

“If England lose to Croatia then I suppose I’ll just keep them but I definitely will if they get to the final I suppose there is a really good chance they would win.

“I suppose it’s an obsession I have. I’ve engraved the Queen’s head on a blob of gold and The Last Supper but I’m really proud of my portrait of Harry Kane.

“I think he’s a brilliant captain, very calm and professional and keeps calm under pressure. I have to show the same calmness to achieve a good likeness on the money.”

Each engraving has been done with a powerful medical microscope, extra fine needles and has taken six days, working round the clock, to complete his Kane notes. 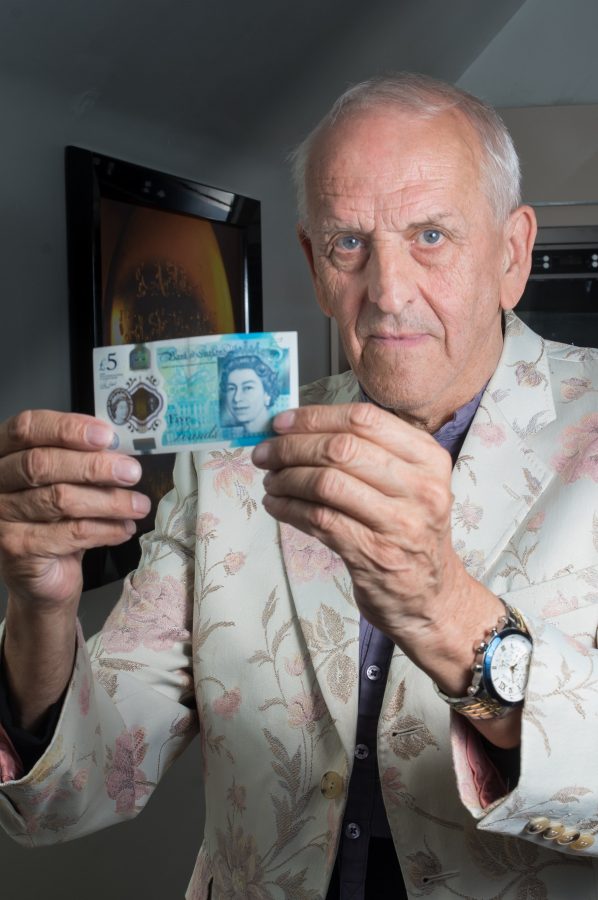 He works from midnight to 5am to avoid distractions of noise and vibrations from traffic and slows his heartbeat down to 20 beats per minute, helped by swimming up to six miles a day.

Last year he sparked a Willy Wonka style hunt for an etching of Jane Austin on four fivers to mark the 200th anniversary of her death which were later valued at £50,000.