Brexit chaos continues to engulf Westminster. David Davis and Boris Johnson have resigned, along with a number of minor Conservative figures. The long awaited Brexiteer rebellion may finally have begun. And it could be fatal for the Tory Party. It’s hard to underestimate the trouble the Conservative Party is in right now. In the abnormal […]

Brexit chaos continues to engulf Westminster. David Davis and Boris Johnson have resigned, along with a number of minor Conservative figures. The long awaited Brexiteer rebellion may finally have begun. And it could be fatal for the Tory Party.

It’s hard to underestimate the trouble the Conservative Party is in right now. In the abnormal political atmosphere, two senior cabinet ministers jumping ship is not enough to trigger a leadership challenge. But this should not re-assure Theresa May or her allies. Two facts stand out: firstly, Davis represents the hard Brexit arm of the party; his resignation is a sign that May is losing the argument with that section of her party. Secondly, Boris Johnson resigned for purely political purposes. If Johnson ever had principles, he long abandoned them in favour of personal ambition. If Davis was out, Johnson had to be out, too. How else could he position himself as an alternative prime minister?

The Conservative Party is more divided than ever. The Chequers summit was supposed to produce unity. Instead, it has caused a schism in the governing party. Divisions that were previously like a tug of war between factions have grown into a gaping chasms between former Leavers and former Remainers. May’s cabinet is now almost entirely made up of ex-Remainer – the long-held nightmare of hard line Brexiteers.

May herself must be hunkered down in No.10. Her performance in the House of Commons on Monday was weak and strained. As usual, she batted away awkward questions. But there was something different in the prime minister’s behaviour yesterday, and it was not triumph at purging her enemies. When Conservative Sir Peter Bone claimed that his local activists felt betrayed by the Chequers agreement, his fellow Tories tried to shout him down. Nonetheless, the accusation stuck and May’s response was both inadequate and quietly dismissive of the grassroots Bone was discussing. This is not the behaviour of a leader comfortable in her own authority.

This crisis is the Brexit fantasy coming home to roost. David Davis was one of the chief ideologues of a win-win Brexit. He and Boris Johnson consistently pushed the idea that Brexit would be a huge success with no downsides. In an interview following his resignation, Davis chided the EU leaders as though they were petulant children. The depth of the Brexit delusion is finally catching up with the Tories. Brexit means compromise and Brexit means pain. Davis and Johnson couldn’t accept that, and neither will Conservative grassroots who bought into the fantasy.

Theresa May has never been weaker and rumours of a leadership challenge are swirling. However, a new leader would make no difference. The economic, political and legal realities of leaving the EU remain the same regardless of who leads the Conservative Party. If a Brexiteer ideologue like Davis or Johnson becomes prime minister, it becomes far more likely that Britain will crash out of the EU in March 2019 with no deal. That will split the Tories and split the country. A hard line Brexit leader will not be able to unite the Conservatives any more than May has been able to. And if May survives, or a new leader pursues a soft Brexit, the Brexit fringe will continue to fight tooth and nail against the leadership. It will be Tory civil war without end. 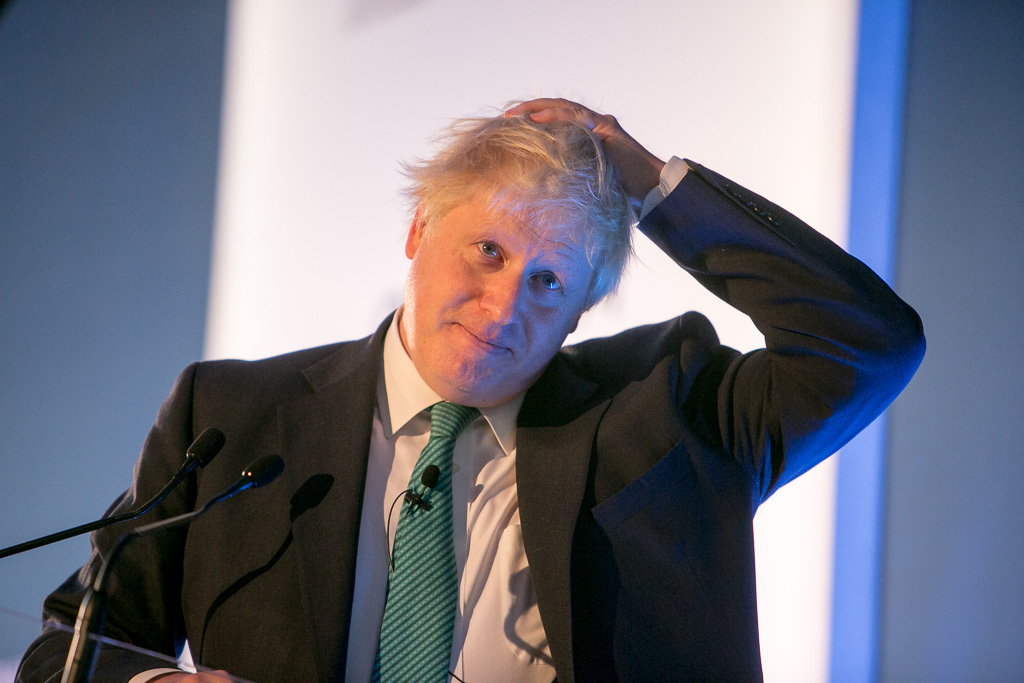 May has already warned her MPs about the dangers of handing power to Jeremy Corbyn. The very real threat of a Labour victory in any snap election hasn’t managed to unite the Conservative Party behind their leader or any coherent Brexit plan. The Brexit-supporting press is sounding warnings that Brexit is being ‘stolen’ and democracy ‘ignored’. It is difficult to see how any Conservative leader can heal the divisions in the party without delivering a successful Brexit that pleases everyone. Since it’s now clear Brexit cannot be successful, and that a Brexit that protects the British economy from disaster can’t please the hard liners, the Tories are in a impossible position.

Theresa May should call a general election and let the people judge her handling of Brexit negotiations. If it is the will of the people that she should continue leading the country, so be it. But even if the Tories win a snap election, the divisions will remain. It’s difficult to see how the Conservative Party can survive Brexit without flying apart at the seams.