A Hammers fan has found fame after taking a spectacular fall on live TV following West Ham’s Carabao Cup clash with Spurs at Wembley. Lee Williams, 23, was at the game last night when he dived to try and catch Mark Noble’s shirt, which the West Ham skipper had thrown into the crowd. The fall […] 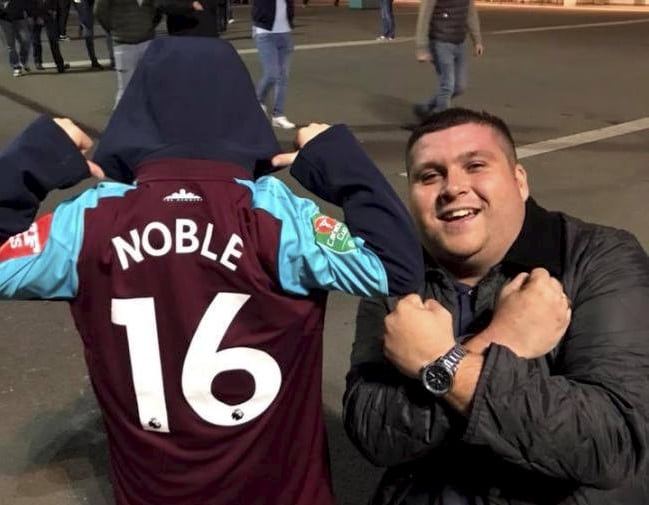 Lee Williams, 23, was at the game last night when he dived to try and catch Mark Noble’s shirt, which the West Ham skipper had thrown into the crowd.

The fall was caught by the Sky Sports cameras and soon became viral on social media.

While some may be embarrassed, Lee finds the clip hilarious.

“I didn’t get the shirt in the end, but I still took a whack. I normally have my nieces and nephews with me, so when a player throws a shirt in I try and catch it and pass it on to them.

“They weren’t with me last night because of it being a night game and it being Spurs, you never quite know what is going to happen.”

Unfortunately for Lee he was unable to grab the shirt, but he and the man did manage to find a young West Ham fan to present the souvenir to.

Lee said: “I’ve no idea who this lad was. I didn’t know him before last night, but he was sat two rows behind us and we agreed to give him the shirt. It is the right thing to do.

“I have had about 20 calls so far this morning from people who saw me take the fall. It has been relentless.

“But it was a fantastic experience, and that is what you get following football teams home and away.”

Luckily for Lee, there will be no lasting injuries following the fall.

He added: “I’m a big lad, so I bounce quite well. No injuries fortunately.”