Some things make you question the meaning of sport, they just seem so inevitable. Ronaldo and Messi breaking goal scoring records, Usain Bolt running a 100 metre final, Lance Armstrong and Hansie Cronje. Some people just make it look so inevitable and so simple that it appears almost futile; they’re operating on a level way […] 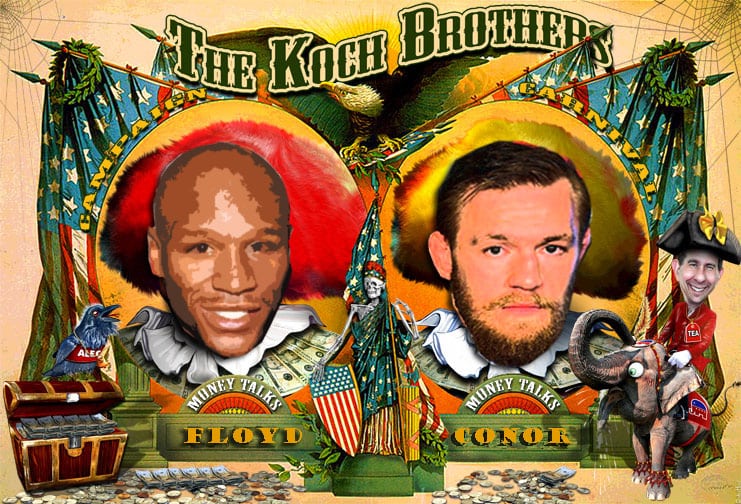 Some things make you question the meaning of sport, they just seem so inevitable. Ronaldo and Messi breaking goal scoring records, Usain Bolt running a 100 metre final, Lance Armstrong and Hansie Cronje. Some people just make it look so inevitable and so simple that it appears almost futile; they’re operating on a level way beyond everyone around them, let alone you sat at home. Some people are so up to their necks in filth that they obfuscate the very essence of competition entirely.

So we have the circus that is Floyd Mayweather Vs. Conor McGregor. What’s the point?

This isn’t sport – it’s entertainment. It’s a glorified pub car park brawl, devoid of all skill and artistry. On the one hand, Mayweather. 49-0. Undefeated having gone through a career that has seen him take on some of the very best that boxing has ever had to offer.

On the other, McGregor. A man who deems himself too big for UFC and has the hubristic belief that he can switch seamlessly to boxing and take down an all-time great.

One trait that both share is that they project objectionable images of themselves. Mayweather built up an entire career, legacy even, around people wanting him to lose. Floyd Money Mayweather, kingpin of The Money Team. Nice.

His skillful casting of himself has given him an enviable image. Successful, famous, wealthy… he’s the American Dream.

Yet his questionable façade has masked a very real talent in the eyes of some. There’s no question about it, Mayweather is one of the finest boxers in history. He has a legitimate claim to being the greatest pound-for-pound fighter ever.

McGregor, on the other hand, has ideas above his station. He thinks he can box because of the success of his left arm jab in the MMA arena. The trouble is, no one in MMA can box. His left arm jab wouldn’t land on a junior boxer, let alone an all-time great. This isn’t an anything-goes-scrap in an Octagon; this is boxing. He doesn’t have the skills, nor the time to learn them, to even compete. McGregor’s inflated ego is all that carries him into this bout.

Another trait shared by the pair is their lust for money. McGregor knows that just stepping into the ring with Mayweather will earn him more money than he could ever have dared to dream about. He’ll get in, forlornly chase Mayweather’s shadow for a few rounds getting embarrassed, before being put out of his misery. We’d all do the same for the money being discussed!

This is what makes this such a non-event, though. It’s not sport. It’s entertainment. It’s a circus. It’s a money making exercise dependent upon people leering in to see someone get smashed up; no more than rubbernecking at a car crash. Mayweather should have stuck to guest appearances on WWE.

McGregor won’t touch Mayweather. He might as well turn up in a curly ginger wig, a bright red nose and some oversized shoes. This is the big league and he isn’t even little league.

These truly are strange times that we live in.