Grab a Mikkeller and adopt a Faroese football team as the Betri League returns. 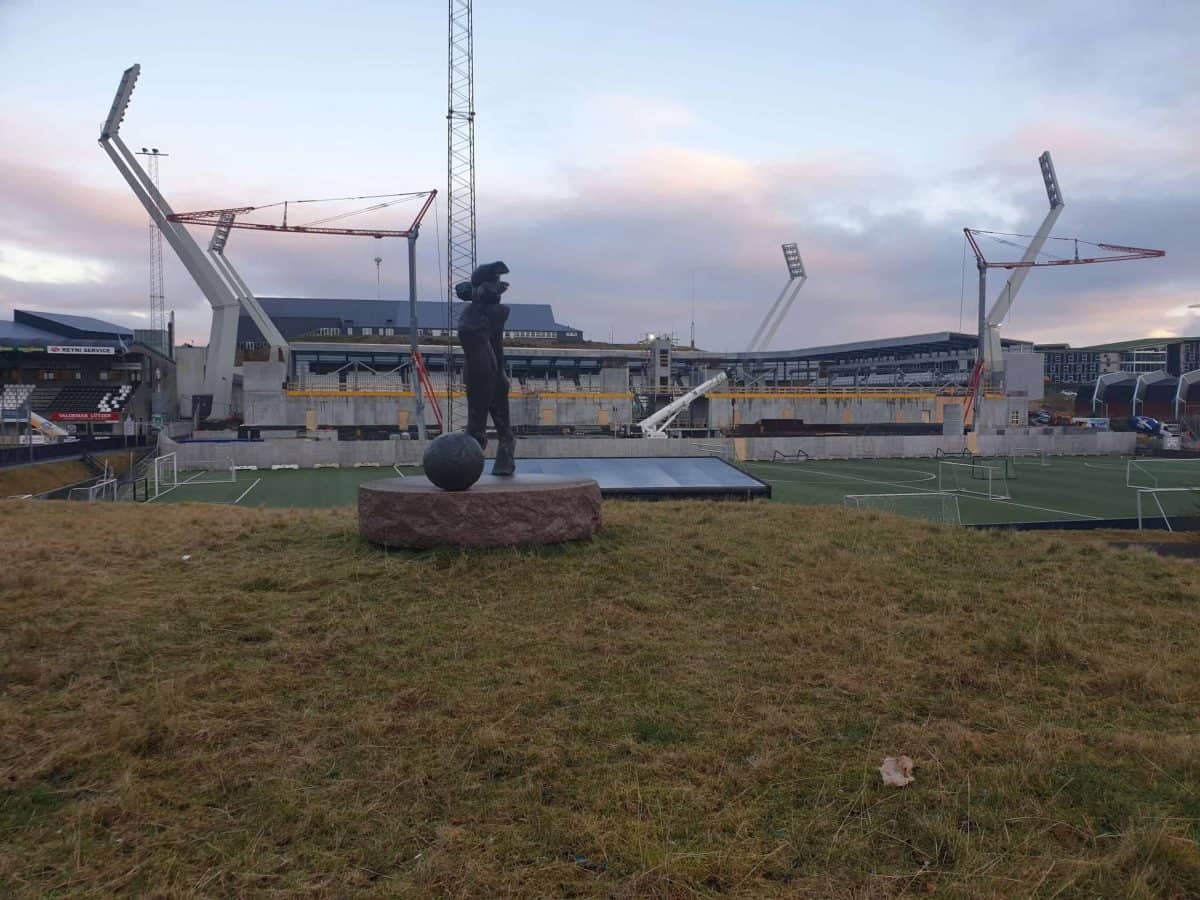 Starved football fans clamouring for live action can turn their attention to the Faroe Islands this weekend where a full complement of top-tier fixtures will take place.

The Premier League, which is ranked 53rd out of 55 leagues in the UEFA coefficient, made a welcomed return last week after the islands were declared entirely free of Covid-19.

A total of 187 residents have tested positive for the virus, the most recent on 22 April, but all have now recovered, there have been few hospital admissions and no deaths.

As part of plans to restrict any further spread only 50 people will be allowed into stadiums including the 22 players on the field.

The Betri League is comprised of ten teams from across the north Atlantic archipelago.

At the end of each season, two teams are relegated and two promoted from 1. deild.

The league is known for having some of the most picturesque stadia in the world, with artificial pitches used to protect them from the elements.

It rains 300 days a year in the Faroe Islands, hence why many of its traditional houses rely on grass roofs for drainage.

It rains 300 days a year in the Faroe Islands. Many buildings rely on insulation and drainage from grass roofs. . . . . #FaroeIslands #Torshavin

This weekend sees the oldest football club on the islands, TB Tvoroyri take on reigning champions KI Klaksvik on Saturday at 14:00.

Both clubs lost their opening games of the season, with TB comfortably defeated at the hands of NSÍ Runavík and KI losing at home to B36 Torshavn.

On Sunday there are four fixtures including a derby in the capital between B36 and AB Argir.

Víkingur Gøta, which ply their trade in a town of 925 inhabitants, will host Skála ÍF, while IF Fuglafjørður play HB Torshavn and EB Streymur take on NSÍ Runavík.

How to watch games

On Saturday it will stream TB Tvoroyri vs KI Klaksvik at 14:00 while on Sunday it will show IF vs HB Tórshavn at 15:00 and EB/Streymur vs NSI Runavik at 17:00.

There are a handful of breweries on the island, but the one beer you can buy in the UK is Danish-brewed Mikkeller.

Their beer can be found in Marks and Spencers as well as in many craft beer shops.

Below is a picture of their tap house in Torshavn.

Related: A weekend in Torshavn: The cosy capital