We’ve all been there. Well, most of us have anyway. Out on the razz with work looming the next morning. Facing work with zero hours sleep, and praying the day will end without a meltdown of Fukushima sized proportions. Last Thursday it was Sergio Aguero’s turn to feel the guilt of a late night session […] 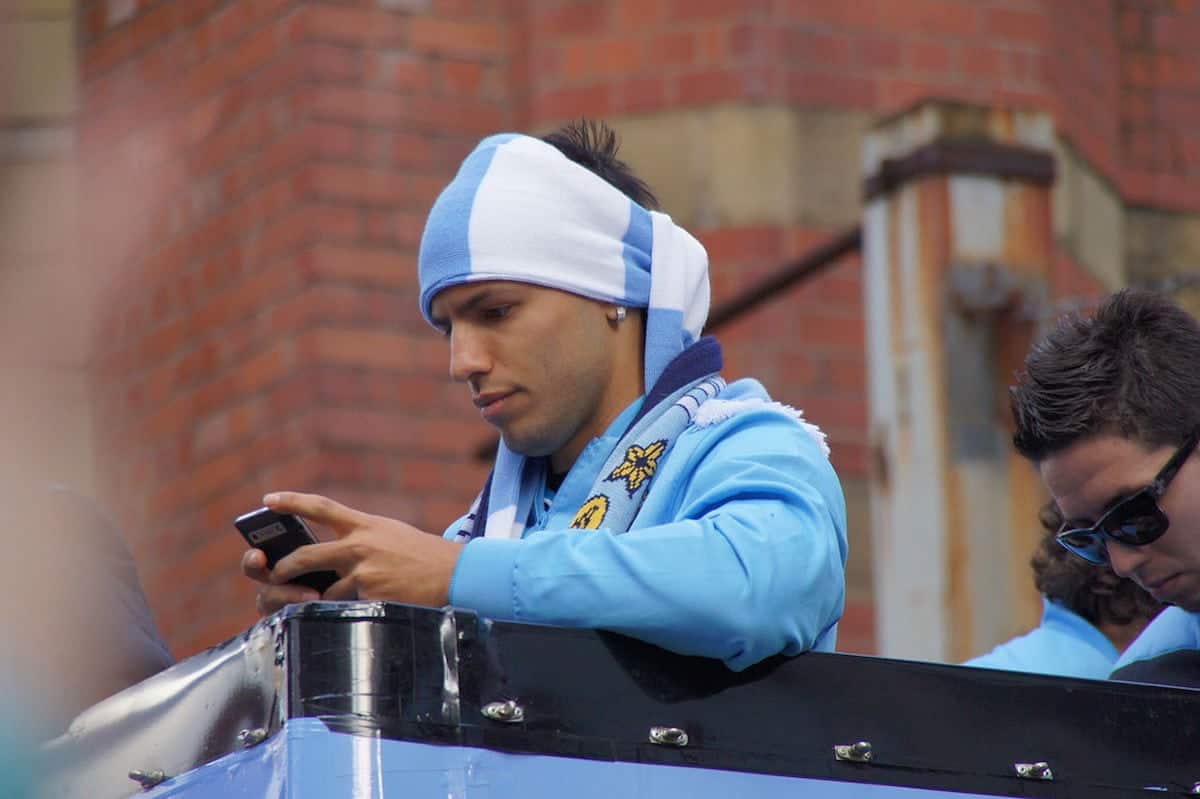 We’ve all been there. Well, most of us have anyway. Out on the razz with work looming the next morning. Facing work with zero hours sleep, and praying the day will end without a meltdown of Fukushima sized proportions.

Last Thursday it was Sergio Aguero’s turn to feel the guilt of a late night session gone long, after the taxi he was travelling in crashed into a lamppost, breaking his rib. But it was Sergio’s day off and his manager, Pep Guardiola, doesn’t seem to care, so what’s the big deal?

For starters he wasn’t in Manchester, he was in Amsterdam, ingesting copious amounts of Columbia’s finest…music. Obviously, Manchester on a Thursday night didn’t appeal to Aguero.

Various “experts” and “pundits” say Aguero was unlucky because there are taxis in Manchester and sometimes they crash into lampposts, the same as they do in Amsterdam. That’s fair enough, but at least if Sergio was in Manchester, he wouldn’t be 300 miles away from the office.

Aguero came to City via Atletico Madrid, he arrived with a big reputation and a hefty price tag, but has more than lived up to the hype. He is the 2nd fastest player to score 100 Premier League goals (behind Wor Al), he’s helped Man City to the Premier League title twice (which City fan would have thought that, when they were cheering on Jamie Pollock) and is two goals away from breaking the all-time City scoring record, which isn’t held by Uwe Rosler or Paul Dickov but some guy called, Eric Brook.

This makes his late night antics all the more frustrating. What if he never gets to break that record? He will be cursing that taxi driver for the rest of his life, who no doubt is an evil genius, Man Utd fan.

He is not the first player to be out late on a school night. In the early noughties, I worked in a night club in Newcastle and would frequently see NUFC’s finest, out on the Toon, wasting their talent, surrounded by groups of girls, drinking steadily until the early hours. Of course none of those players were ever two goals away from any kind of goal scoring record. But by the looks of them, they had no trouble scoring in other ways.

To be fair to Aguero, it was his day off and he has been in sublime form recently so who am I to judge. I am actually over the moon with this unfortunate turn of events because I have Gabriel Jesus in my Fantasy League team and the guy in first place has Aguero .Maybe this was divine intervention from Jesus, who after all, is the son of God. In Aguero’s absence, he will surely play every game in Pep Guardiola’s and my Fantasy team.

Further evidence of divine intervention comes in the form of Aguero’s ex-wife, who is none other than Diego Maradona’s daughter. Maradona isn’t Sergio’s biggest fan, describing him as a “wimp” when the marriage ended 4 years ago. Was the Amsterdam taxi crash “the Hand of God’s” handy work?

Maybe if Aguero was still married, things would have been different. If I told my wife, I was going to Amsterdam with a bunch of Columbians but I would be back in time for work the next day, she wouldn’t let me go. Next time Sergio, get down Nando’s in Alderley Edge.