Hundreds of fans invaded the stadium in protest of the Glazer family and the European Super League. 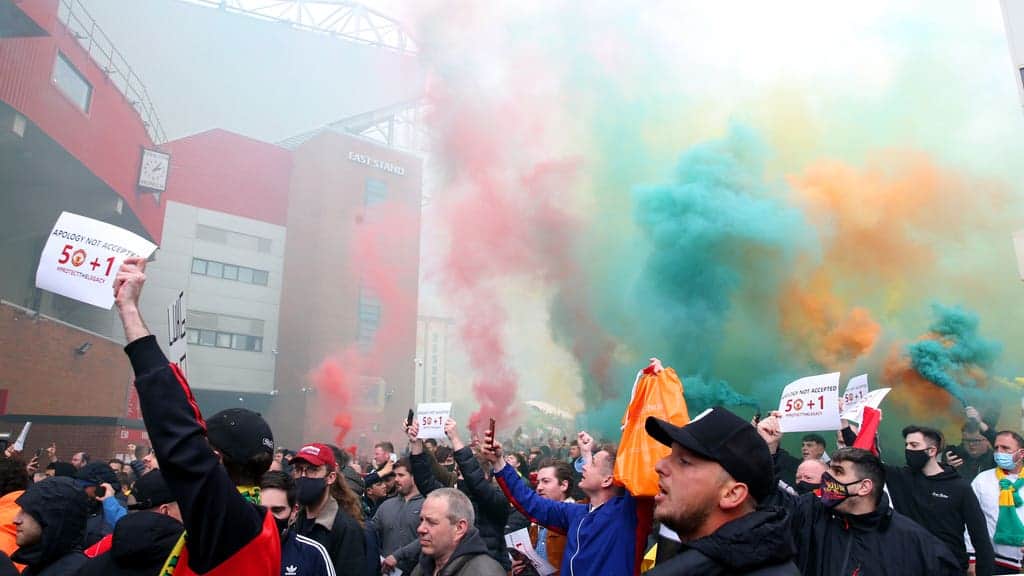 Hundreds of fans invaded the stadium ahead of the behind-closed-doors Premier League contest against arch-rivals Liverpool.

United supporters were expressing their anger following plans backed by the Glazer family to join a proposed European Super League, which collapsed soon after.

BREAKING: Angry Manchester United fans are staging a protest against the club's owners after getting inside their Old Trafford stadium.

The plans added to years of discontent and protests from supporters following the controversial takeover by the Glazers in 2005.

Outside the ground, large numbers of supporters were also protesting.

A protest was planned outside the ground at 2pm, with fans congregating at least an hour before.

It is believed those who gained access to the ground did so via the Munich Tunnel, after pushing down barriers, despite the attempts of security guards to prevent that happening.

A large number of fans ran back out of the stadium complex at around 2.20pm.

It was not clear whether the incident would affect the proposed kick-off time of 4.30pm.