The fans travelled to Ghent in northwest Belgium instead of to Genk FC, who play competitive matches in Limburg - a hundred miles to the East. 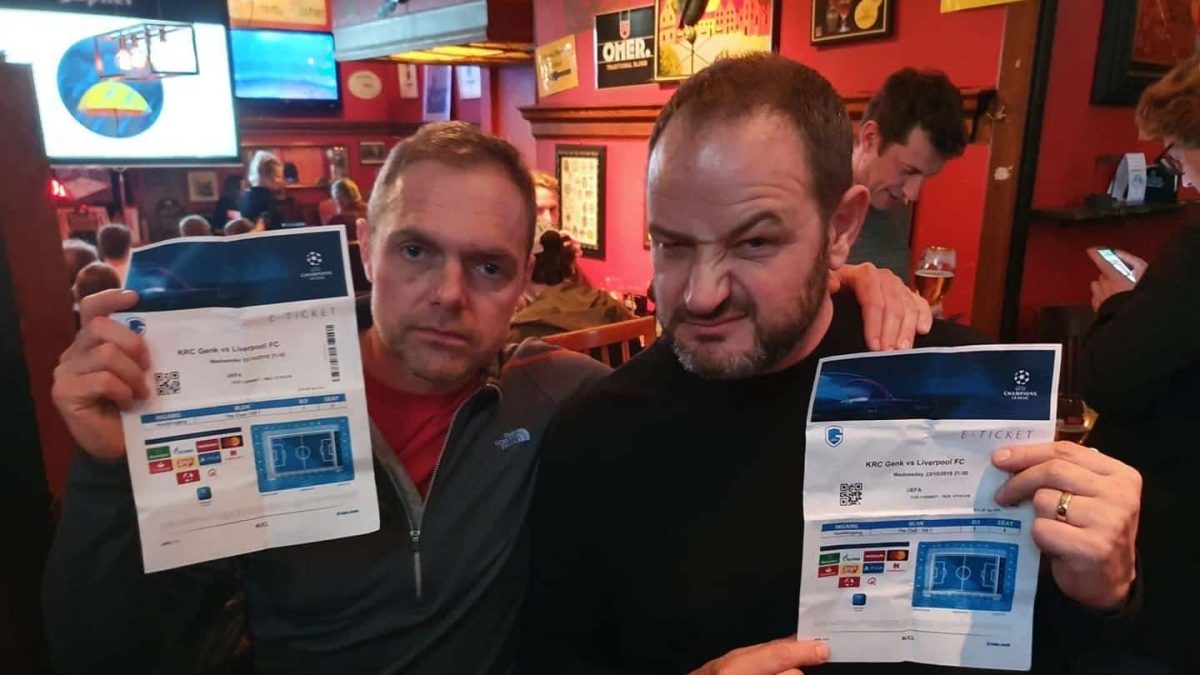 Two Liverpool fans were left red-faced and out of pocket after they travelled to the wrong city to watch their club in the Champions League.

Rob, from London, and Lee, from Leicester, travelled to Ghent in northwest Belgium instead of to Genk FC, who play competitive matches in Limburg – a hundred miles to the East.

They only realised their mistake half an hour before the match was due to start – forcing them to catch the match in an Irish pub.

My wife didn’t know, but I expect she is going to find out soon

Rob told the PA news agency: “We are really embarrassed. We were hoping our mistake would fly under the radar but we were pulling into Calais just now and a friend sent me a link to the story, which has started going viral.

“My wife didn’t know, but I expect she is going to find out soon.”

Rob said: “We took a taxi from the airport and drove past the stadium and said to the taxi driver, ‘We are going there tonight to watch Liverpool’, but he didn’t say much.

“In hindsight that should have made us realise.

“When we were checking into the hotel, the person working looked at us a bit quizzically but it was only when we went out to a restaurant, the waiter was a Ghent fan, and he told us our mistake.

“We were absolutely gutted. By then it was too late – even if we had left immediately we wouldn’t have made the match.”

Instead, Rob and Lee, who did not want to reveal their surnames, watched the Reds beat Genk 4-1 in a bar – where a local radio station Radio 2 Oost-Vlaanderen photographed them commiserating their mistake.

They revealed they had forked out £130 each on rail tickets, as well as £60 on match tickets.

Rob said they had originally planned to travel to Genk with two other friends, but the person in charge of the travel had dropped out at the last minute, so they had hastily booked travel and accommodation themselves.

Next time we will let someone else book the travel

He said: “Me and Lee have a bit of a track record for this. Last time we tried to watch Liverpool we got on the wrong train – instead of taking the fast train, we ended up on the slow train which took six hours.

“I think next time we will let someone else book the travel.”

They have now been invited back by Genk football team, to watch the Ghent versus Genk match in January as VIPs with a dinner and guided tour of the stadium.

Related: ‘That’s the standard and we can’t drop it’ – Chelsea manager