A brilliant, impossible-angle finish from Mohamed Salah clinched a 2-0 victory in Austria and ensured Liverpool finished top of Group E. 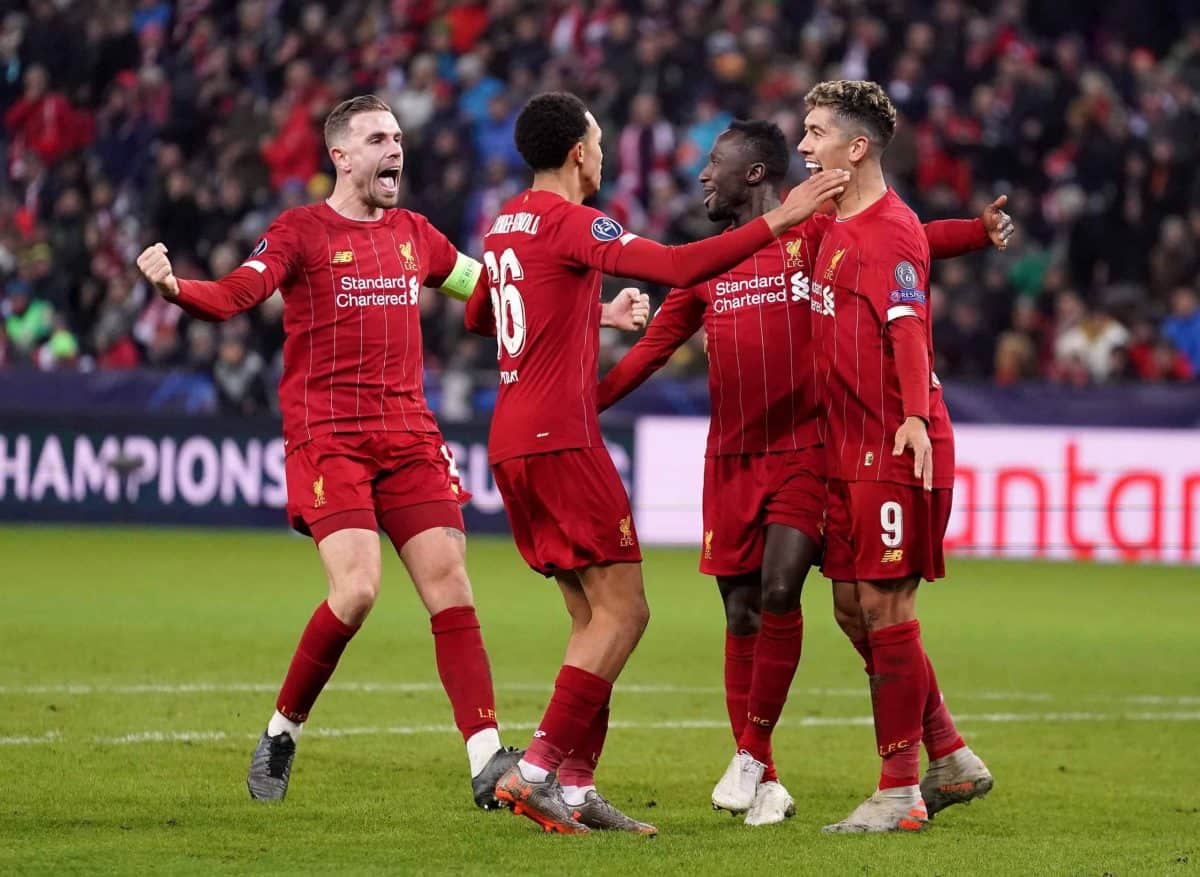 Liverpool fans could be heard bellowing out “Oh Jeremy Corbyn” in Salzburg last night as their team progressed into the last 16 of the Champions League.

A header from former Red Bull Salzburg midfielder Naby Keita and a brilliant, impossible-angle finish from Mohamed Salah clinched a 2-0 victory in Austria and ensured they finished top of Group E.

The match, from which they needed a minimum of a point to qualify, was far from straightforward in the first half, but a professional performance.

But with just two days left until the election, it was fan chants pointed in the way of the Labour leader which stole the night.

Liverpool, which is an overwhelmingly red city from a political standpoint, bellowed choruses of “Oh Jeremy Corbyn” as the match drew to a close.

A video from BT’s coverage of the game, which goes out to millions of people, has gone viral on social media.

The cohort of travelling fans can be heard clearly giving their support to the Labour man as election day nears.

New YouGov analysis put the Tories on track for a majority of just 28 yesterday – down from the 68 majority predicted less than two weeks ago.

It has also been revealed that just 18,000 votes in 18 super-marginal seats can deny Johnson a majority government.

Research by the three biggest tactical voting websites is in agreement on the 18 constituencies that could make all the difference on Thursday.

Just a handful of votes in each could swing the election entirely.