She said: “I will happily wager to strip naked on the banks of Loch Ness and subject myself to a Hogmanay wild swimming session should such a result occur". 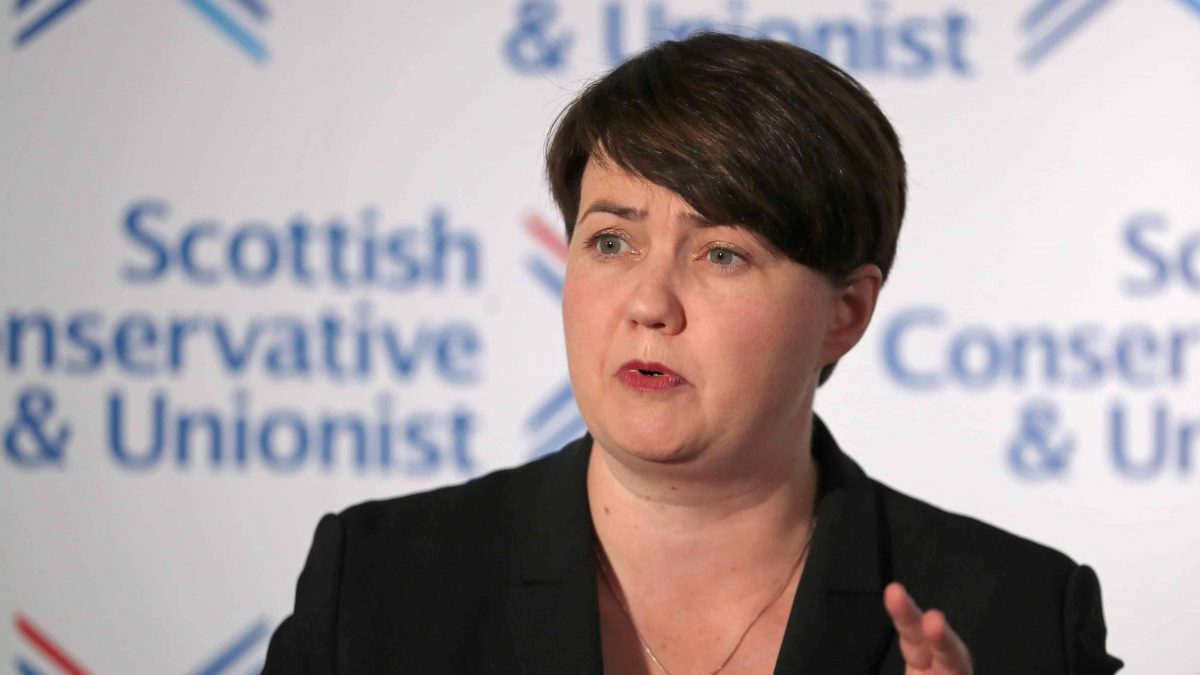 However, she said she is making the pledge safe in the knowledge “that my modesty (and others’ eyeballs) will remain unmolested” as she does not think that will happen.

Ms Davidson said that conditions are “markedly different” from 2015 when the SNP took 56 seats.

My modesty will remain unmolested

Writing in The Telegraph, she said the nationalists have been keen to talk up the possibility of winning 50 seats.

She said: “I will happily wager to strip naked on the banks of Loch Ness and subject myself to a Hogmanay wild swimming session should such a result occur, safe in the knowledge that my modesty (and others’ eyeballs) will remain unmolested.”

With 59 parliamentary seats available in Scotland she said she does not think the SNP, who have 35 seats at the moment, will secure 50 on Thursday.

Closing the door on further losses

She said: “The party currently holds 35 seats, while the Scottish Conservatives control 13, Labour has seven and the Lib Dems four.

“To hit the magic 50, the SNP has to pinch 15 seats from three parties with wildly different offerings on Brexit, the permissibility of another independence referendum, the nuclear deterrent, the economy in general and nationalisation in particular.”

She added: “In addition to this, the SNP isn’t just targeting gains. It’s also trying to close the door on further losses. In 2017, largely thanks to pro-Union voters adopting tactical voting strategies, Ms Sturgeon lost 21 seats and half a million votes in a single night. A fair share of what’s left are ultra-marginals.”

Ms Davidson also said that pro-Union voters in Scotland now have a taste for voting tactically against the SNP and concluded “let’s just say I’m confident I won’t be wild swimming any time soon”.

Related: Daily Mail sounds the alarm as Tory lead narrows with a day to go