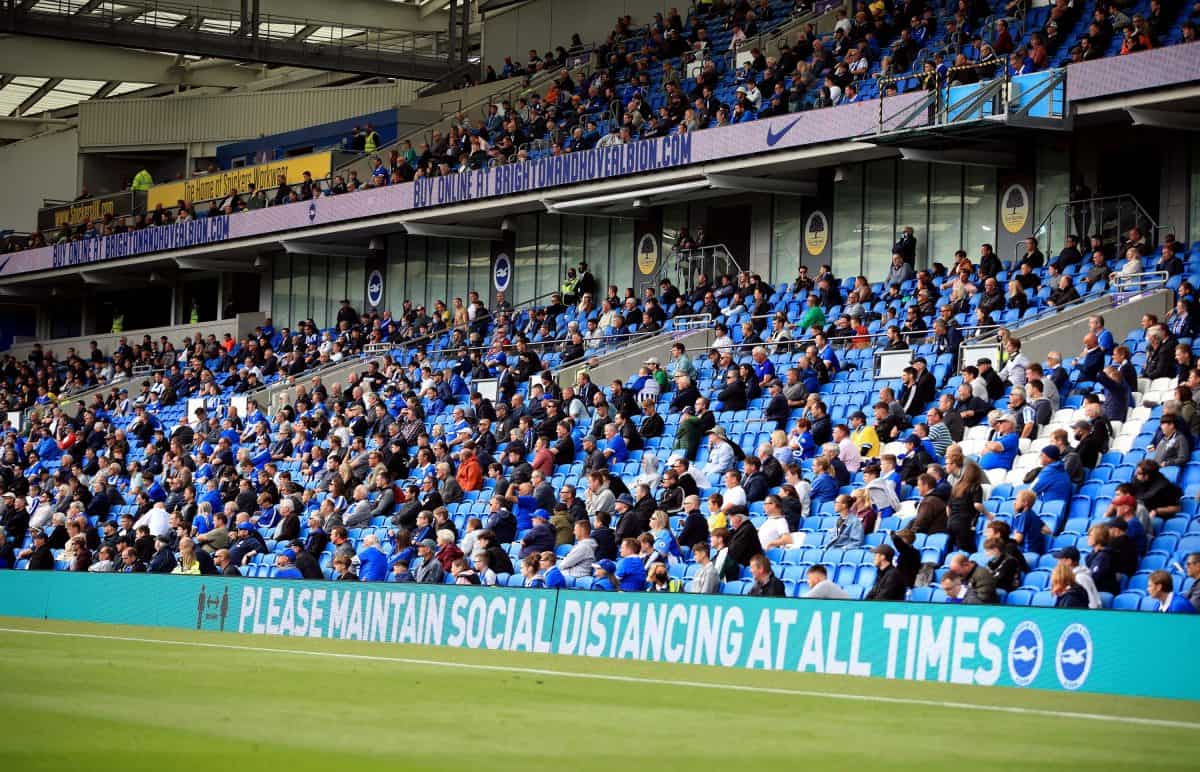 Spectators are set to return to sports venues next month as coronavirus restrictions are eased in areas with lower infection rates.

Prime Minister Boris Johnson announced that outdoor and indoor venues in tier 1 and 2 areas would be allowed to admit spectators on a limited basis.

Johnson said in a statement to the House of Commons: “Spectator sports and business events will be free to resume inside and outside with capacity limits and social distancing, providing more consistency with indoor performances in theatres and concert halls.”

“A big step forward for fans as we work towards fuller capacities.

“Thanks to pilot hosts & fans for showing this can be done safely.”

Spectators had been due to be allowed to return to stadiums from October 1 but the Government pressed pause on that decision due to a rise in infections nationwide.

Dowden said last week there was “definitely a chance” of some venues being able to reopen on a limited basis by Christmas in the areas with the lowest infection rates.

Last Thursday the Department for Digital, Culture, Media and Sport announced a £300million ‘Winter Survival Package’ of loans and grants to sports which are facing financial losses as a result of the absence of fans from stadiums.

Grassroots sport has been forced to pause since November 5 when the second lockdown came into force, a decision which led to protests and even parliamentary debates over whether certain activities and pastimes should be
made exempt.

Dowden tweeted on Monday afternoon: “Grassroots sport back on to help the nation stay fit & healthy.

In an official statement issued via the DCMS, he added: “This is a big step forward for sport.

“Bringing grassroots sport back was my number one priority so I’m pleased we are reopening sports and gyms in every tier, in recognition of the significant health benefits.

“I’m also delighted we are able to get the turnstiles turning sooner than expected, taking a cautious approach and starting with the lowest risk areas first.

“I’m confident that sports will take every step to ensure their fans are safe, and fans will play their part and look out for each other until we can safely get everyone back in.”

Former Wales midfielder and football pundit Robbie Savage, who has spoken about the detrimental impact of suspending grassroots sport, welcomed the news.

“Well done Oliver, thank you from thousands of kids around the country and sorry for constantly tweeting you,” he wrote on Twitter.

Tim Hollingsworth, the chief executive of grassroots sports funding body Sport England, said: “Today’s news is very welcome for everyone who has so badly missed the usual opportunities to play sport and keep active.

“Huge credit is due to the many organisations and individuals who have worked so hard to evidence how safe their activities and facilities are and to set out so clearly what they are doing to reduce risk.

“From the Prime Minister down, there is now a strong recognition of the vital benefits of playing sport and being active, not just for your physical well-being, but also crucially as a support for your mental health.

“As we head into the winter months, having a range of safe opportunities available like this is more important than ever.”

The Football Supporters’ Association said: “Fans have always felt football should be treated the same as other sectors.

“We welcome today’s announcement, which does suggest that will be the case, and we look forward to seeing further details.

“For many lower-league and non-league clubs in particular, getting paying fans into stadiums safely is absolutely critical to their survival, during a very difficult season.

“Clubs, leagues and the Sports Ground Safety Authority have worked hard to put in procedures to make stadiums safe places and we hope this is the first step on the road back to normality.”