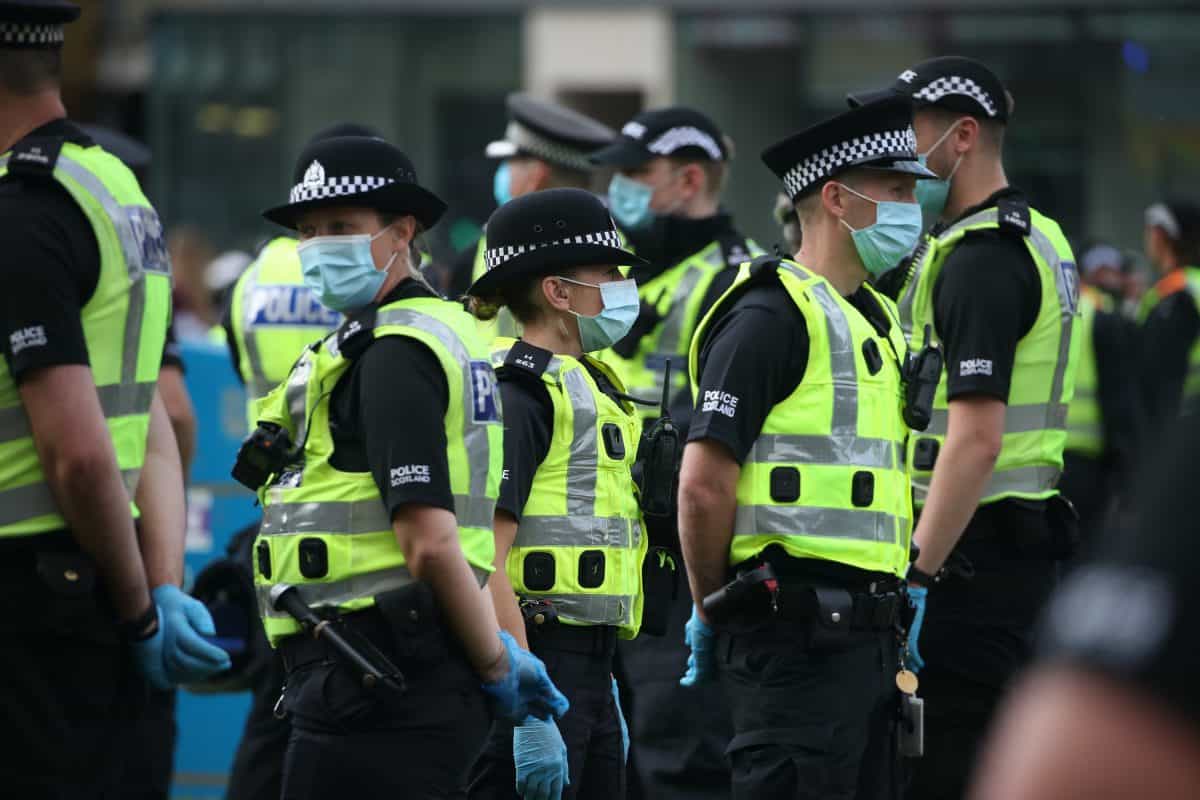 A yob admitted kicking a policeman as he lay on the ground while taking part in a right wing counter protest to “protect statues” during a Black Lives Matter march.

Father-of-one Alfie Hubbard, 25, admitted a charge of violent disorder in relation to the savage attack caught on camera.

Social media footage went viral of the incident outside Westminster tube station near the Houses of Parliament on June 13 this year, which saw at least two arrests.

Daniel Allan, 35, knocked an officer to the ground with a flying kick, and was later spotted in the crowd due to his “distinctive appearance” – a pair of luminous yellow shorts. He was sentenced to 28 months imprisonment in July.

Another flying kick is seen on video as the police officer struggled to get up from the ground, Southwark Crown Court sitting at Prospero House was told.

The demonstrations took place following global BLM marches sparked by the death of George Floyd at the hands of white police officers in the US in May this year.

Fer Chinner, prosecuting, said: “I believe the court should see the flying kick to Police Sergeant Lambert while he’s on the ground.

“In my submission, it wasn’t simply one act of isolated violence.”

Michael Edmonds, in mitigation for Hubbard, said: “It’s right to say there’s been a number of developments.

“He’s been very recently in St Thomas Hospital and been admitted for a variety of issues such as heart palpitations and complications from Type 2 diabetes.

“He’s currently in the care of various consultants. He’s reflected on his position and would like to plead.”

He added: “He is a man of good character.

“He’s the father of a four-year-old daughter and recently suffered from bereavement. His brother was killed some time ago, and he suffered another bereavement in lockdown when his uncle passed away.

“He understands the serious nature of the offence and is aware of the sentence handed to the co-defendant.”

“Sentencing will take place on January 13 at Southwark Crown Court.

“You will have bail between now and 13 January on the same conditions of tagged curfew between the hours of 9pm and 6am, residence, and additionally you must not go to the City of Westminster.”

Hubbard, who wore grey tracksuit bottoms, a grey jumper and a large yellow and black puffer jacket, only spoke to plead guilty and to say “yes, Miss” to the judge.