Promoter Richard Loveday said it was the first time he'd heard of politicians taking to the ring to settle their differences.

by SWNS
in Sport 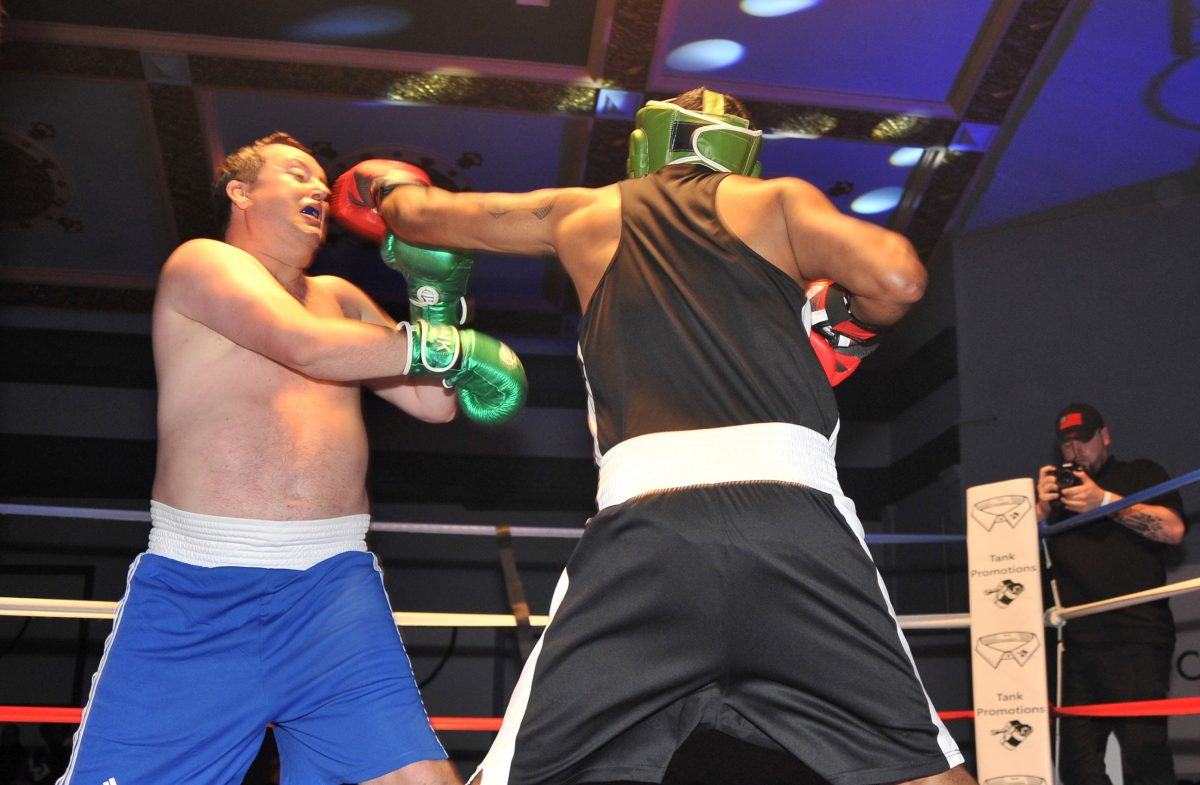 A pair of opposition councillors were involved in a political punch-up when they went toe-to-toe in the boxing ring for a fight.

The two political heavyweight pulled on the gloves last night (Saturday) for the bout at the Meca in a bid to be named Wiltshire’s toughest councillor.

Taking to the ring

Conservative Dale Heenan, 39, was declared the winner by technical knock-out after his labour opposition retired from the match.

Promoter Richard Loveday, of Tank Productions, said it was the first time he’d heard of politicians taking to the ring to settle their differences.

The night was set up in aid of mayor Kevin Parry’s chosen charities; Swindon’s Cancer and Leukaemia Movement and the Swindon and Wiltshire Deaf Children’s Society.

After being declared as the winner, Dale Heenan was congratulated by the mayor and stood victorious as he had his arm held high.

Bring the fight to the Conservatives

When the fight was over, town mayor, Kevin Parry, joked counncillor Solomon failed to “bring the fight to the Conservatives.

He said: “Not being political, but he failed. He couldn’t knock the skin off a rice pudding.

Despite losing on the technicality, councillor Solomon said after the fight: “I landed a few hits and he landed a few.”

On paper the pair were relatively evenly matched. Both a similar height, weight and build, only 10 years separates them and five inches in their respective reaches.

As a boy growing up in Pietermaritzburg, South Africa, councillor Solomon was a talented young boxer.

But when he moved from school to university his father told him he “didn’t want to get his face bashed in”.

But the Conservative councillor, who leads the council’s efforts to regenerate the town centre, had put in the work.

The Conservative had one key advantage over his Labour opponent: a healthy heart.

Last year, councillor Solomon had an operation on his heart – a fact he failed to tell the fight night paramedics.

The fight had been trailed by promoter Richard Lovejoy as the first boxing match involving two serving councillors of opposing tribes.

He said: “It’s very unique. It’s never been done in the country.”

And the night itself was the brainchild of mayor Kevin Parry, a boxer in his youth and an avid fan of the sport.

When the mayor said he planned to put on a fundraising fight night, councillor Heenan joked about taking part.

“Bazil and I have some history politically, so I suggested we go three rounds,” he said.

That political history goes back to April this year, when councillor Heenan accused councillor Bazil of copying the wording in a Facebook post by the Conservative urging residents to vote for him.

Mr Solomon denied lifting councillor Heenan’s words: “We talk the same language, we use the same sort of words.”

Related: Pacer trains demonstrate how neglected the north really is by Westminster