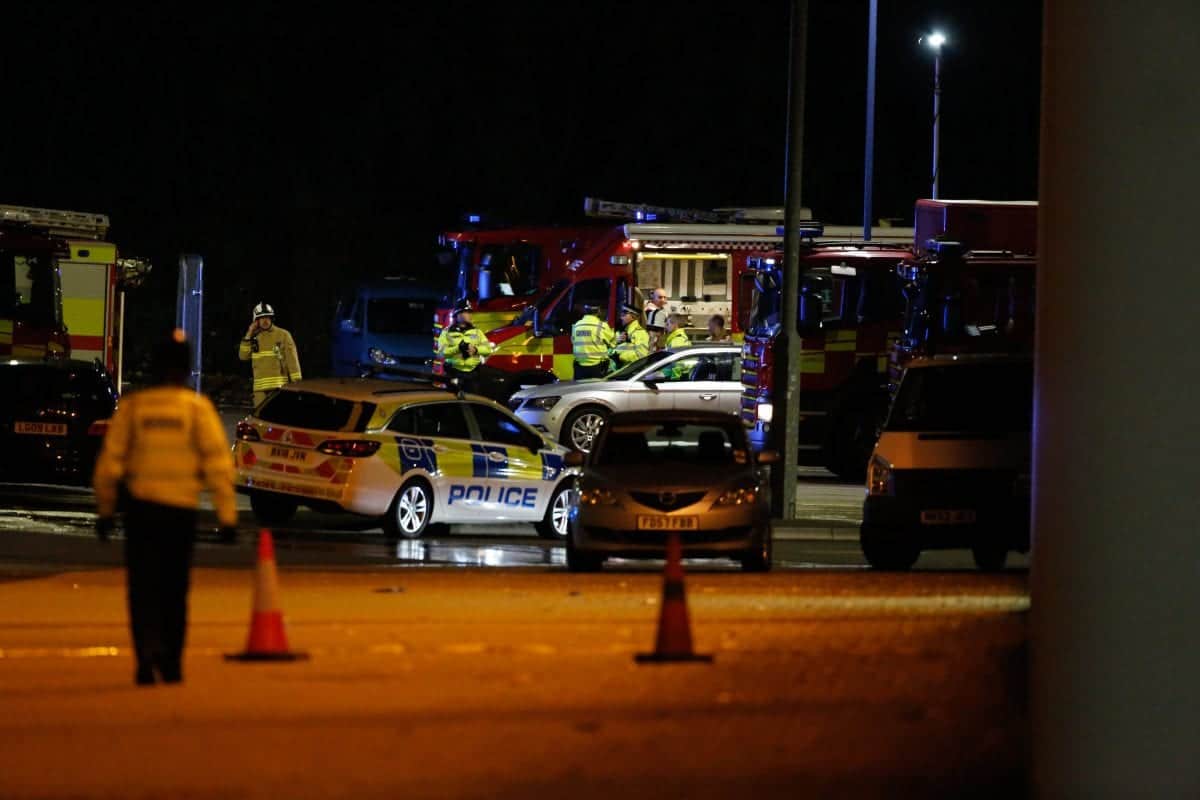 Witnesses have described how they saw a helicopter plummet to the ground in the car park of Leicester City Football Club’s King Power Stadium his evening.

It had taken off second before crashing in a ball of flames and smoke.

The helicopter belongs to the club’s Thai billionaire owner Vichai Srivaddhanaprabha, it is not clear at this stage if he was on board.

Driver Nathan Doore, 21, from Leicester, who works for a rental car company said: “Basically we were driving just past the stadium we could see the helicopter get to the height of the stadium where it started to struggle and was swaying and turning around.

“It was around 8.40pm when it just fell into the stadium car park, I stopped the car then raced round to see what had happened.

“It was all over very quickly when we got there was lots of smoke and flame.

“It was distressing and we were in shock – I think the likelihood of someone surviving that would be very thin and there’s a big chance they did not make it out, we just hope that managed to scramble out the wreckage some how.

“We went around the side and we were able to shoot the video.” 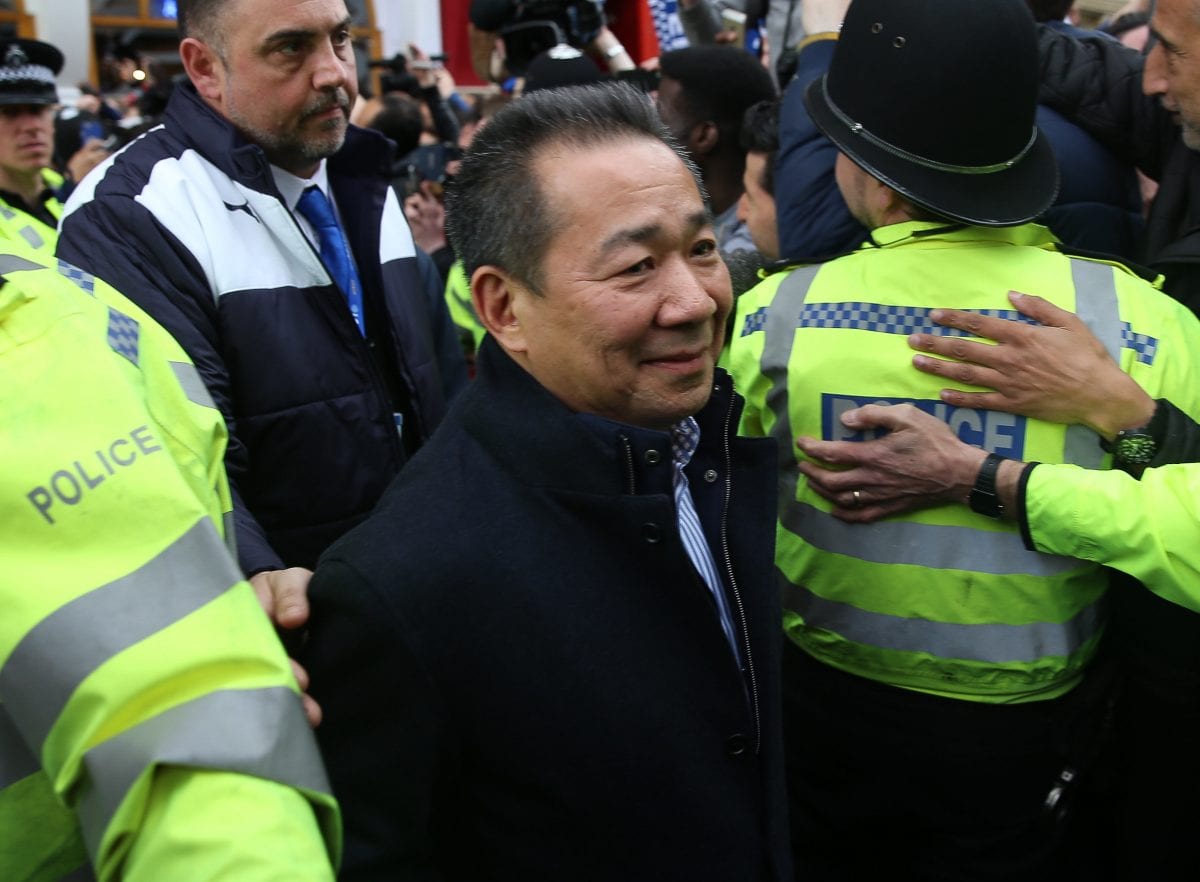 Passenger Oliver Kenny, 21, a software engineer from Leicester, said: “I saw it when some middle aged gentlemen pointing to the sky above the stadium.

“We could see the helicopter was in difficulty so we just parked and went over. 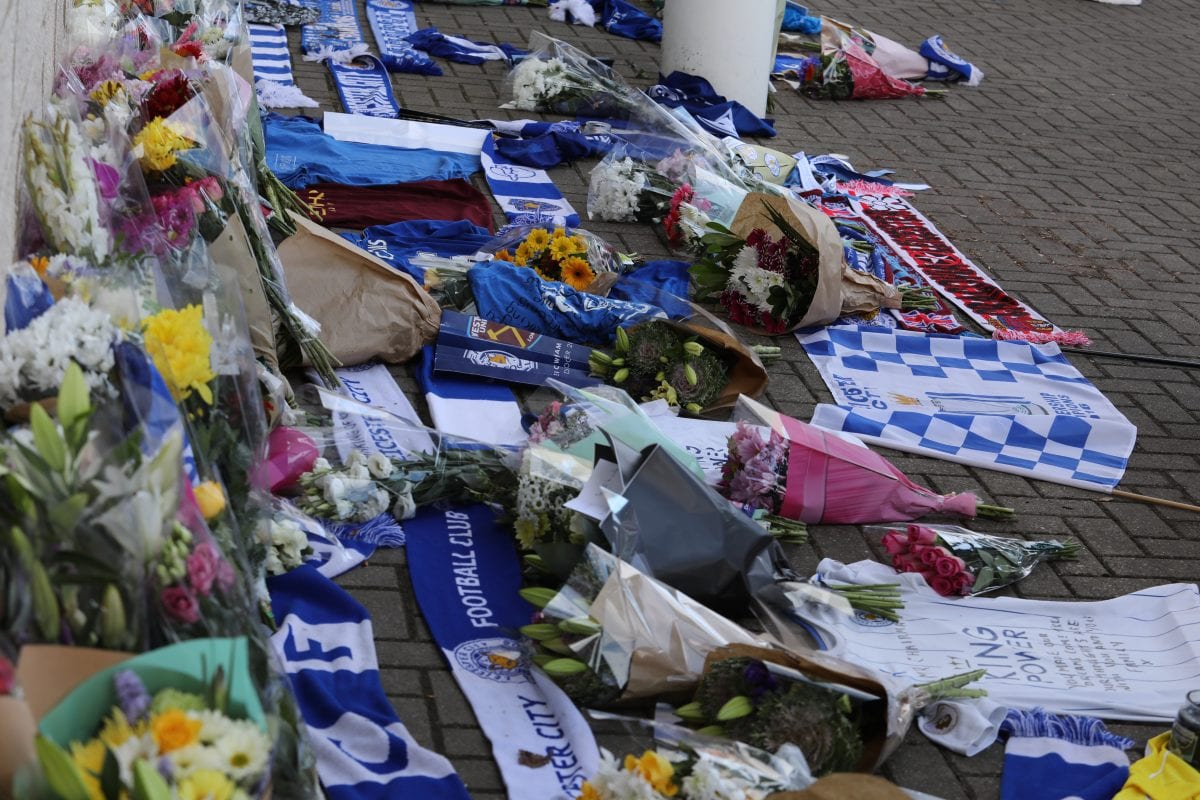 “When we got round to the car park we could see a 20 foot high wall of flame and smoke, everyone was running over towards it.

“Everyone was in a state of shock and I could see that a lot of people were shaken by what happened. 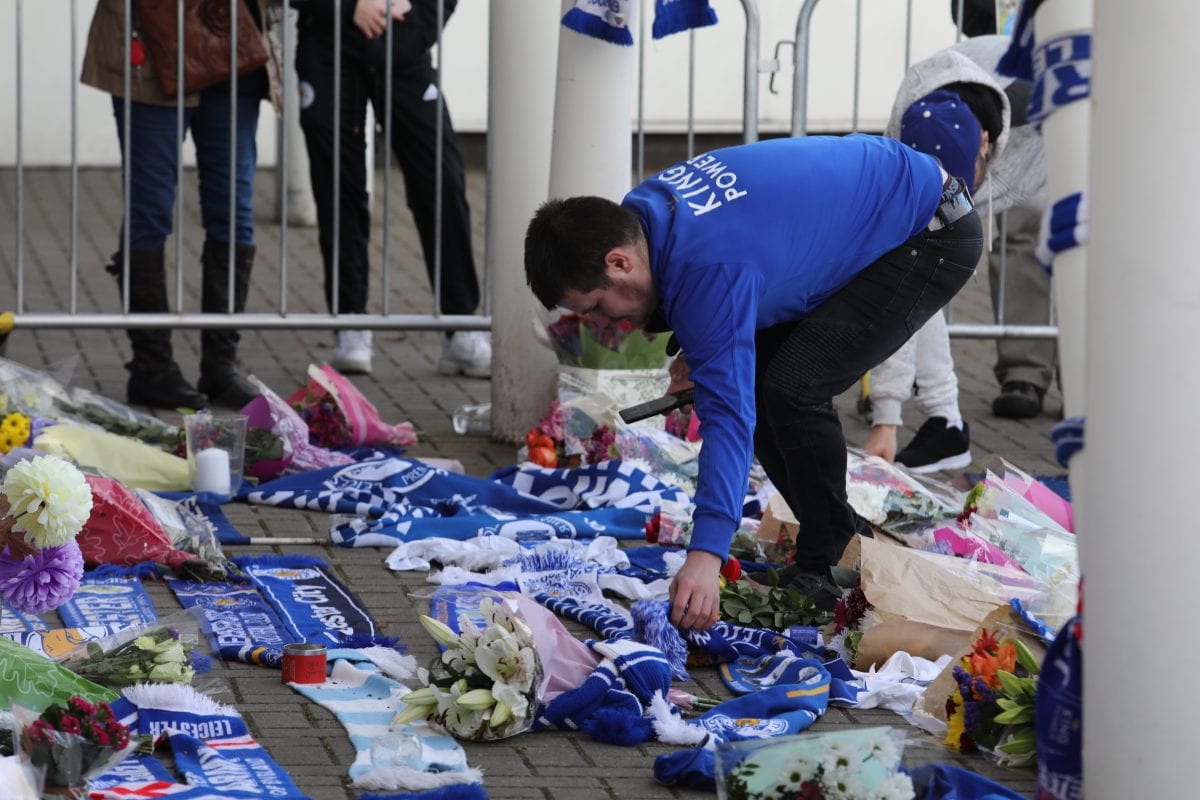 “Thankfully there seemed to have been a game on earlier and the police were already there and people were ushering people away.