Susanne Willdig was wrongly charged at a rate of £1,788 an hour after driving out of Bristol Airport’s drop-off car park 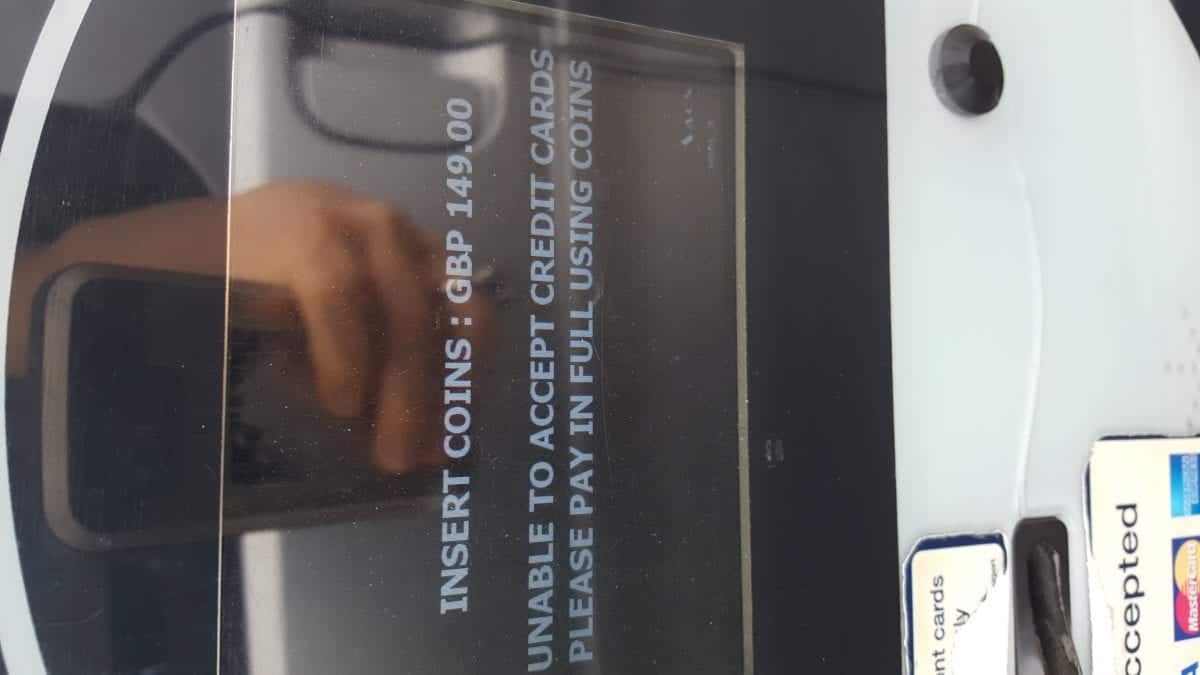 A stunned woman was told to pay £149 in COINS for a five minute stay an airport’s drop-off car park – a stay that should have cost just £1.

Susanne Willdig, 38, was left stumped when ordered to pay almost £150 for dropping her sister off at Bristol Airport on Friday (October 26).

Susanne of Bristol was left trapped at the exit to the airport’s drop off car park after the machine told her it didn’t accept cards.

Instead, she was ordered to find £149 in coins to get the barrier to lift so she could drive home.

But thankfully, she didn’t have to fork out the huge free after radioing for help from airport staff.

Susanne, whose sister Andrea Koch had been visiting from Austria, didn’t happen to have 149 pound coins in her car, and was left rather stuck with a queue of cars behind her.

She was in the drop off car park for less than five minutes and should have had to pay just £1 for the drop off.

The £149 fee equates to a parking rate of £1,788 an hour – and even though parking at the airport is not cheap, seemed a little bit steep to her.

She pressed the assistance button but got no immediate response and, with a two-year-old in the back seat and a line of frustrated drivers behind, sought help from a police officer in the car park.

“He radioed around, talked to their central office and eventually they let me out,” she said.

“He reckoned the machine simply didn’t like my number plate, which is a standard plate so I’m not sure why – that’s never happened before.

“When I finally got out, I saw a huge tailback queue which I think was caused by me being stuck there, because I was blocking one barrier, one was out of order already, so there was only one functioning barrier for the whole express car park.

“I wasn’t overly worried that I’d have to pay as it was clearly false, but my two-year-old wasn’t too happy being stuck there,” she said.

A spokesperson for Bristol Airport confirmed the issue was with the Number Plate Recognition camera system not recognising Ms Willdig’s car number plate properly – something which apparently sent it into something of a meltdown.

“The passenger has a non UK standard number plate (square not oblong) which meant the automatic number plate recognition system could not read the registration correctly,” she said, confirming that it only happened to Ms Willdig.

The spokesperson added: “Staff did respond on the intercom but the passenger had already exited the car and was speaking to the police officers, the car park team raised the barrier for the passenger to exit the car park.

“All of the barriers are working, one barrier was operating slowly so the engineer was called and it was resolved within an hour.”