Current manager Gerrard leads the tributes to Ricksen, who sadly passed away. 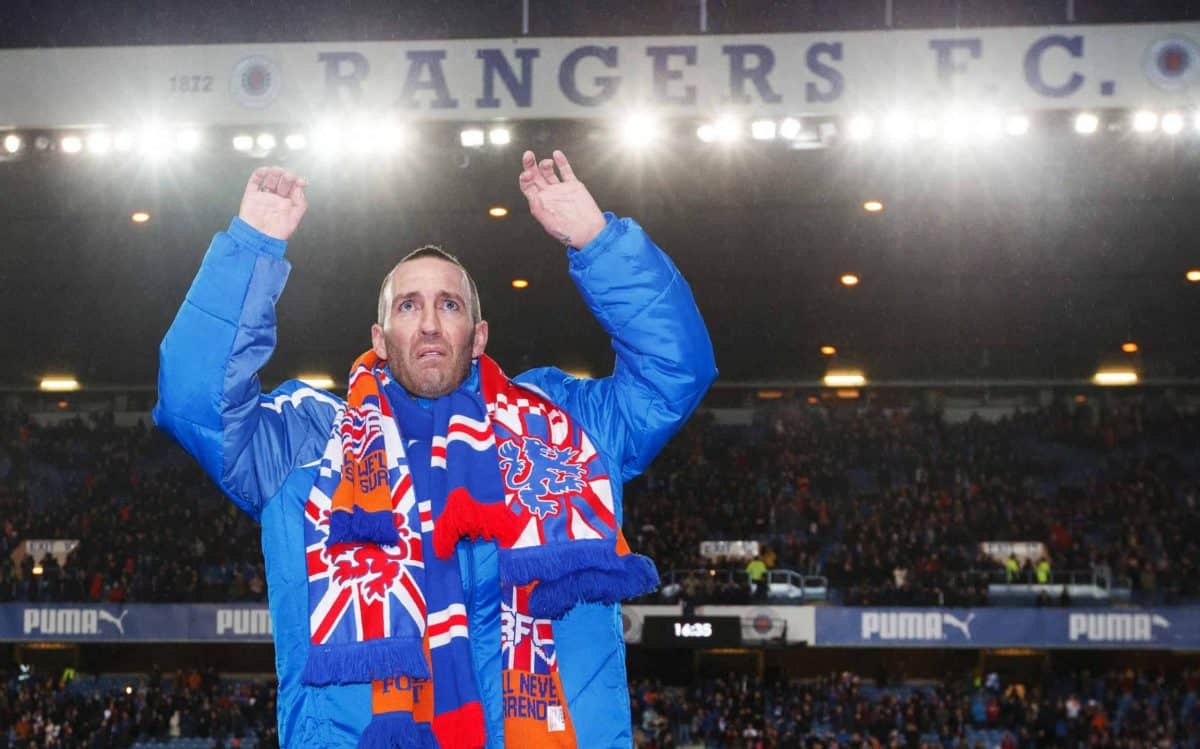 Fernando Ricksen after his tribute match at the Ibrox Stadium, Glasgow.

Rangers manager Steven Gerrard has paid tribute to Fernando Ricksen who has tragically passed away.

Gerrard said: “Very sad news for everyone connected to the club and more importantly to his young family.

“So on behalf of the club I would like pay tribute, he was a fantastic player, had a decorated career and played with his heart on his sleeve. He was that type.

“That was optimised when he was taken ill in 2013 and was given 18 months to live at the time and he fought ever so hard to this point, it sums up his character, a warrior type on the pitch and off the pitch.”

Former Rangers player Fernando Ricksen has died at the age of 43 following a battle with motor neurone disease.

Ricksen, who spent six years at Rangers until 2006, announced he was suffering from the disease in October 2013.

“Rangers is deeply saddened to announce that former player Fernando Ricksen passed away this morning following his battle with motor neurone disease,” the Scottish club said on their official website.

“Fernando spent six trophy-laden seasons at Ibrox having initially joined a number of other Dutch players under manager Dick Advocaat in the summer of 2000.”

Rangers added: “The thoughts of everyone at Rangers is today with his wife Veronika, his daughter Isabella and all his family and friends.”

He raised awareness and funds to help other sufferers of motor neurone disease through the Fernando Ricksen Foundation.

A benefit match for the Dutchman, held at Ibrox in January 2015, saw more than 41,000 fans attend Ibrox and raised £320,000, with the proceeds split between Fernando, his daughter Isabella, MND Scotland and the Rangers Charity Foundation.

Rangers begin their Europa League Group G campaign with a home clash against Eredivisie side Feyenoord on Thursday. Former Manchester United and Holland defender Jaap Stam was brought in over the summer to replace ex-Rangers player Giovanni Van Bronckhorst as manager.

The two sides met for the first time in the 2001-02 UEFA Cup when Feyenoord last lifted the trophy. Their fourth-round tie began with a 1-1 draw at Ibrox before a brace from former Celtic man Pierre Van Hooijdonk inspired Feyenoord to a 3-2 victory in the second leg.