The Frenchman suffered an ankle injury during the Gunners’ Emirates Cup defeat to Lyon. 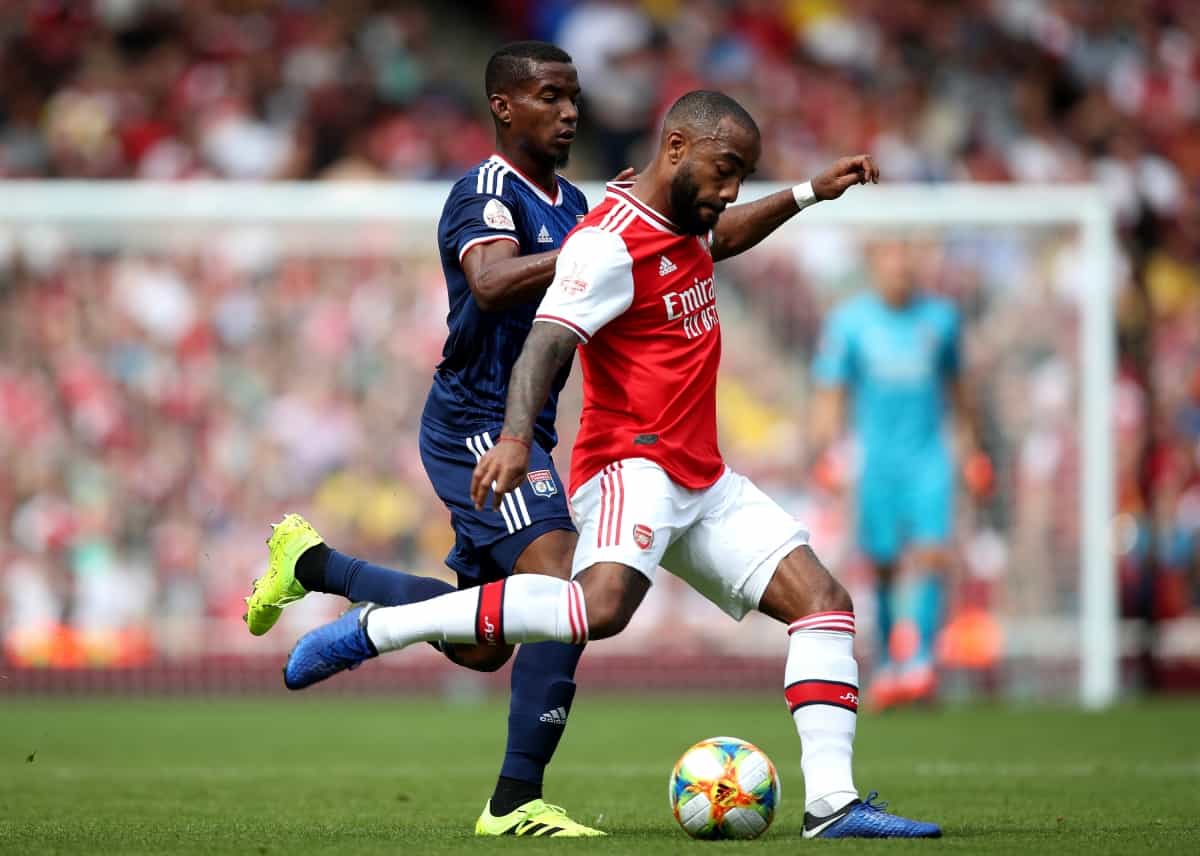 Arsenal striker Alexandre Lacazette is confident of being fit for the start of the Premier League season.

Lacazette suffered an ankle injury in the early stages of the Gunners’ 2-1 Emirates Cup defeat to Lyon on Sunday and left the stadium with a protective boot on his foot.

The Gunners are assessing him, but do not think it is a serious problem.

Boss Unai Emery was relaxed about it when he spoke after the match and the 28-year-old told reporters that he does not expect to be sidelined for long.

Asked whether he might be out for one or two weeks, Lacazette replied: “No, before (that). Soon.”

An indication of how bad the injury is will be whether he travels to France for Arsenal’s friendly against Angers on Wednesday.

Either way, Emery expects to have the France international available for the Premier League opener against Newcastle in 13 days time. View this post on Instagram

“It’s in his ankle,” Emery said after the defeat to Lyon. “He will probably be assessed over the next few days – but it’s not serious.

“We are thinking it’s not important, he decided with the doctor and with me that it is better to take no more risk.

“He tried to continue playing but I think it was better in the pre-season to take patience.

“The doctor said to me he is going to check tomorrow but the thinking is that it is not important.”