The Wales forward had been expected to sign a three-year deal at Jiangsu Suning worth a reported £1million a week. 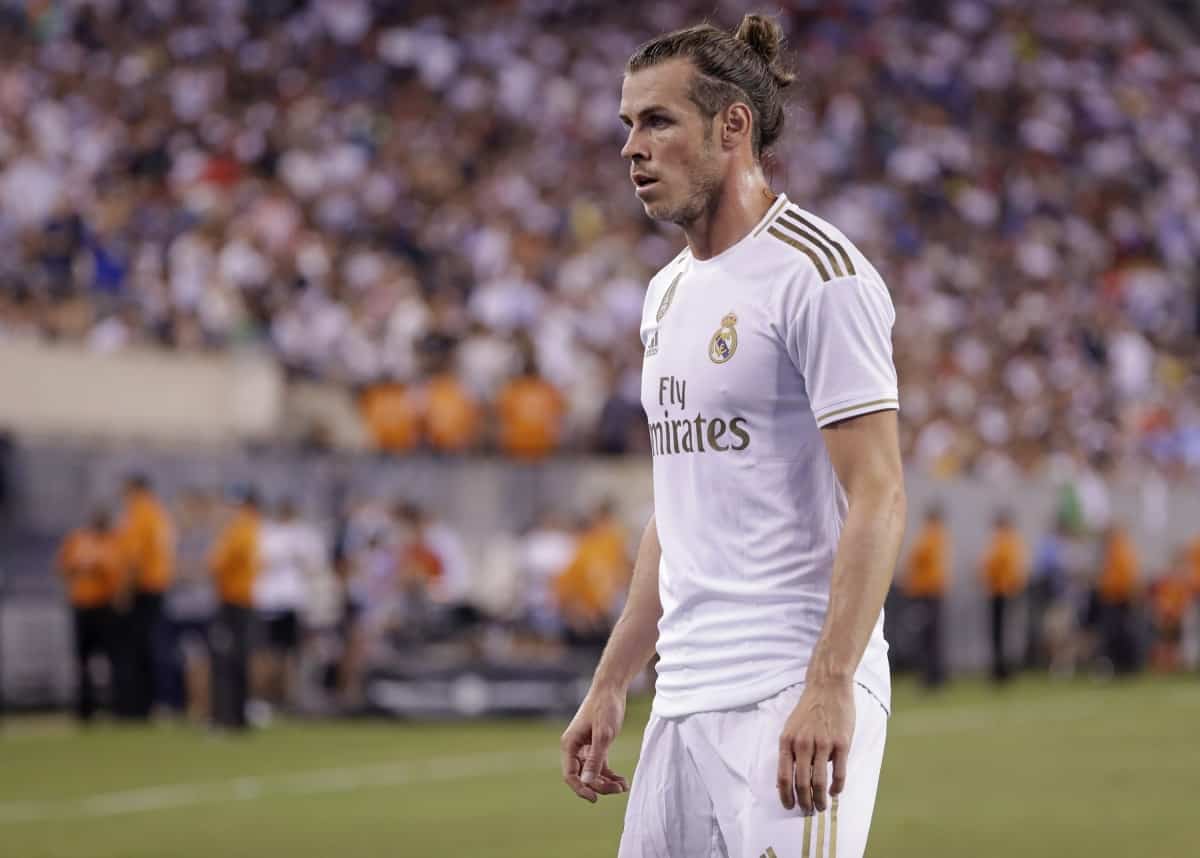 Gareth Bale has not travelled with Real Madrid to a pre-season tournament in Germany after his proposed move to Chinese club Jiangsu Suning fell through.

Real will play Bale’s former club Tottenham at the Audi Cup on Tuesday, with hosts Bayern Munich and Turkish side Fenerbahce also involved in the four-team tournament.

The Spanish giants said on the club website on Monday that Bale had not trained outside with the main group, and worked inside instead with injured teammate Luka Jovic.

Real later announced their Germany-bound squad and Bale’s name was missing from the 24-player list.

Bale has three years left on his Real contract, but manager Zinedine Zidane has made it clear he is not the 30-year-old’s biggest fan and said last week the player’s exit would be “best for everyone”.

The Wales forward had been expected to sign a three-year deal at Jiangsu Suning worth a reported £1million a week, but the move collapsed on Sunday amid reports that Real president Florentino Perez had blocked the deal.

Bale’s agent Jonathan Barnett dismissed reports in the Spanish media that the player’s family stopped the deal, telling Sky Sports News that his family were ready to leave Madrid.

PA understands that Bale – who joined Real in 2013 for a then world record £85million deal – is furious with his treatment at the hands of Zidane and Perez and felt he was not in the right frame of mind to play in Munich.

“There’s no relationship between them. There never has been.”

Barnett has ruled out a loan deal for Bale, who has won four Champions League winners’ medals at the Bernabeu, and maintains any transfer would be done in the best interests of the Welshman.

Spanish media outlet Marca reported on Monday that Bale now has two options – find a new Chinese club willing to pay a transfer fee as well as sky-high wages or seek a return to the Premier League, which will mean a pay cut.

The Chinese League transfer window closes on Wednesday, however, so there is little time to do a deal in that part of the world.

Jiangsu Suning immediately signed Croatia striker Ivan Santini from Anderlecht after the Bale deal collapsed, filling the foreign player spot that had been held back for a player who has scored 102 goals in 231 appearances for Real.