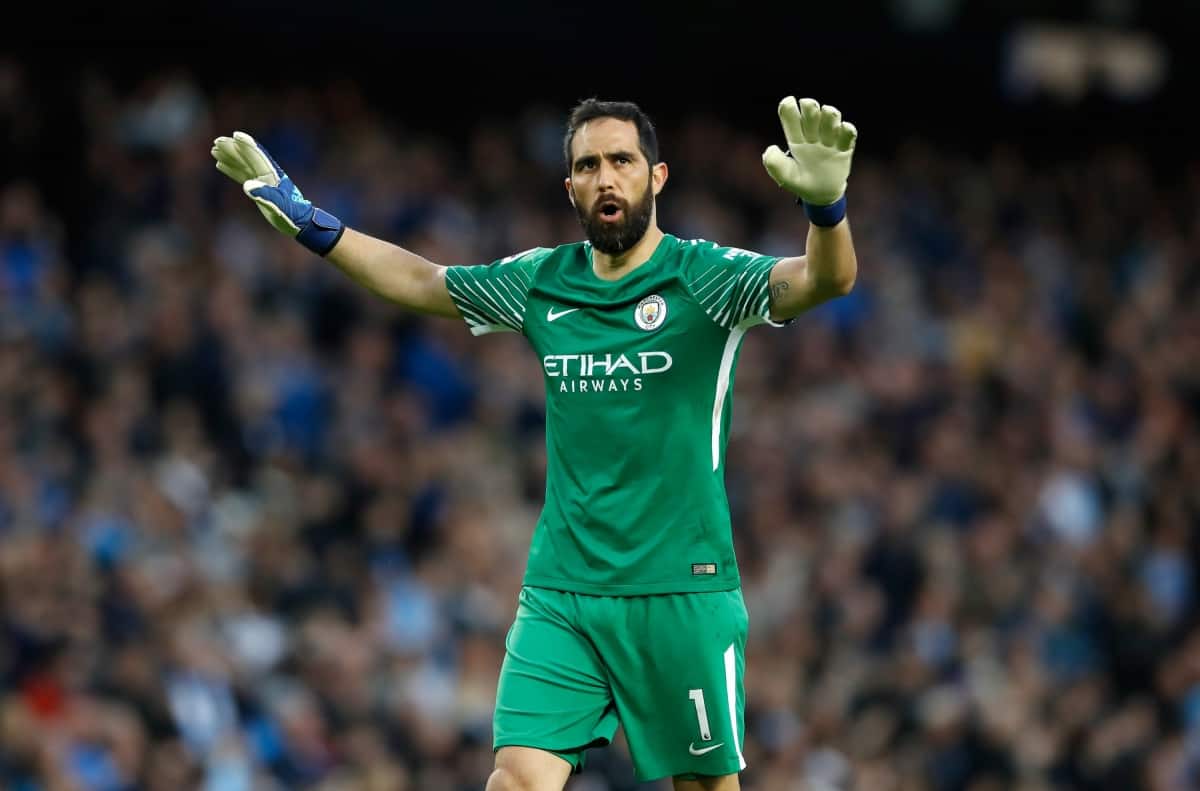 Claudio Bravo is hoping to reboot his Manchester City career this season.

The Chilean goalkeeper missed most of City’s treble-winning campaign last term after rupturing an Achilles tendon.

Now fit again, the 36-year-old is set to start in the Community Shield clash against Liverpool on Sunday.

Bravo said: “To me, this season could be a fresh start. After such a complex injury, the best way is start again from zero.

“I always want to be present, whether that is on the pitch or off the pitch. I want to contribute to the team. I’m a very competitive person and I always set high expectations for myself.”

Bravo, who lost his place in the City side to Ederson after the Brazilian’s arrival in 2017, would most likely have been playing back-up last term even if he had been fit.

He does not begrudge Ederson for that but is determined to grab any opportunity to play that he can.

He said: “I don’t think there is a team in the world where there isn’t competition inside the squad. I think football players have this competitive gene.

“Ederson has been performing amazingly since he arrived, but he is also aware that I’m behind him putting pressure on him.

“I’m aware that when I haven’t had the chance to play, my role is to support him, to help him and to give him advice.

“But I never lose the competitive gene and the hunger to keep training, playing and fighting for trophies. I always want to be there.”

Even if he is not playing, Bravo feels he can still bring much to the team. His injury robbed City of experienced cover in an important position last season and he believes he has a key role to play on the bench.

He said: “If I am not playing, I must be supporting the team from outside. I’m an experienced goalkeeper, so I totally understand what being a team player means.

“I suffered a really serious injury, but I was always willing to be there, to help the team, to play again.”

Bravo believes his mental strength helped him through a difficult year.

“When you put a lot of effort into your job, you dedicate yourself to it, you look after yourself and you have the help of great professionals around you – I never experienced thoughts of missing out. Quite the opposite. I was calm all along.

“That is why I managed to finish the last month of last season training normally and now I’m back to the team and competing as I used to.”