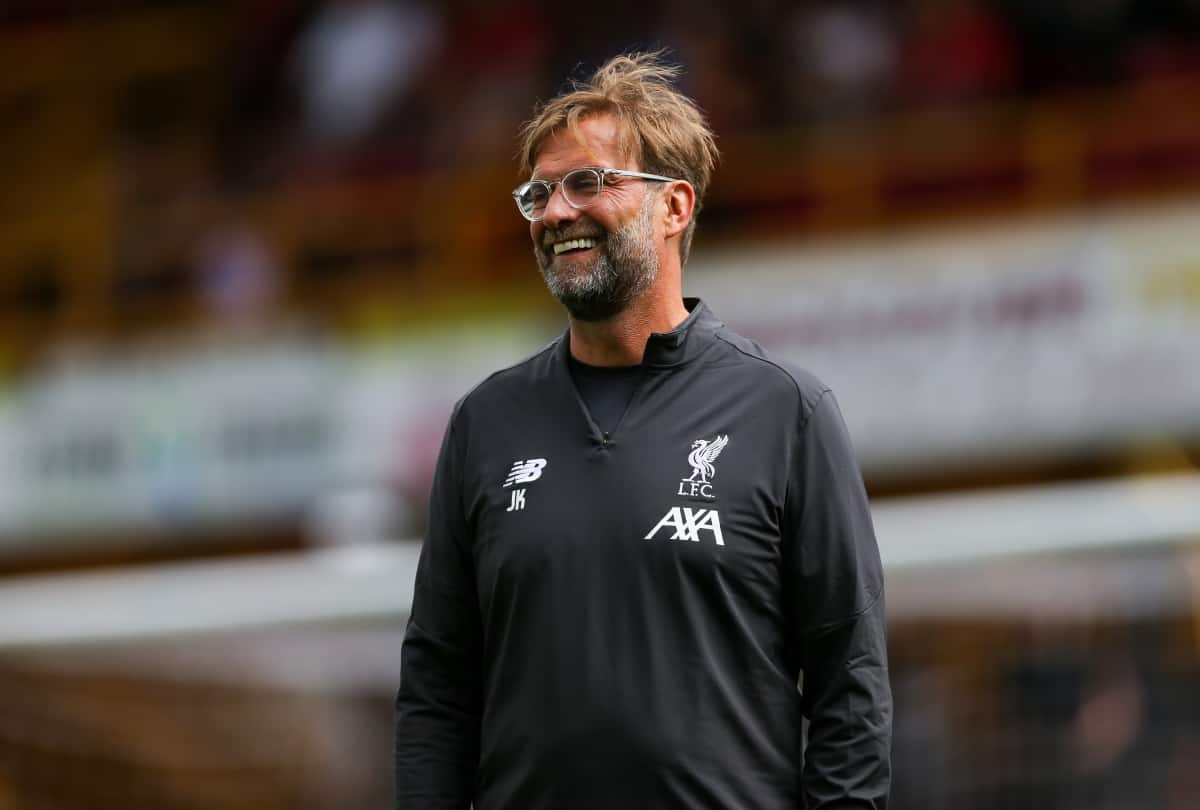 Jurgen Klopp cannot yet enjoy the luxury of keeping a winning squad intact as he is still waiting for all of his players to be reunited.

Klopp led Borussia Dortmund to two Bundesliga titles earlier in his career but lost the likes of Mario Gotze and Robert Lewandowski to Bayern Munich and Shinji Kagawa to Manchester United.

All of Liverpool’s first-team players have remained following their Champions League success but Klopp only got Mohamed Salah, Alisson Becker and Roberto Firmino back with his squad on Monday after they were given time to recover from international duty.

And Sadio Mane will not report back until the day after Sunday’s FA Community Shield encounter with Manchester City after helping Senegal to the Africa Cup of Nations final.

Klopp was also without Naby Keita and Xherdan Shaqiri until this week following injuries to the pair and Liverpool failed to win their first four pre-season friendlies before beating Lyon on Wednesday.

The five late arrivals might not be ready to start at Wembley so Klopp is preoccupied with finding a winning formula following the staggered starts to pre-season rather than enjoying the continuity.

“It is (nice) but it’s not exactly like this because I lost six players for pre-season, which is semi-cool,” he said.

“For the first time in my career, now or from Monday onwards when Sadio is back as well, I will have my team together from last year.

“We have to use it but these other transfers we did, keeping this team together, staying on our toes, staying aggressive, staying greedy and let’s go again. We will see.

“But the only worst thing that could happen is that we won all the (pre-season) games easily without six players, because problems will come in the season and we have already got a little taste of problems and we have to make sure we are ready and bring solutions, and that’s what pre-season is about.”

The German added: “We have to train together and games are coming up and in that period we still have to win football games. That’s the main thing I am thinking about at the moment, how we can do that, and I don’t think too much about how happy I am that the boys are still together.

“We decided that long ago and I’m not surprised that has happened.”

Liverpool face a major task in improving on their record top-flight points total and sixth European title, but might have to get even better to knock City off their perch following two consecutive title wins for Pep Guardiola’s side, the latest by 98 points to Liverpool’s 97.

“The higher you get the more difficult it is to improve but we have a lot of space for improvement,” Klopp said. “It’s always like this in football. After a break, first and foremost you have to reach the level of last year again. It was a good one. So that’s the first target we have.

“When that happens then you make the next steps but it’s not always easy. It’s not PlayStation when you can go on to the next skill.

“We have to bring players together and they have to do the same thing in the right moment. That’s very important. A lot of things depend on confidence so where can get that from, which result?

“So being consistent in doing the same again would be improvement as well, at our highest levels, so in specific points we can improve for sure.”