Sport News 24/7 A couple have set up a football team for children with special needs and disabilities who have been turned away from other clubs – called REJECTS FC. Jay Dooley, 43, and wife Tracy, 34, set up the side after getting sick of seeing their 10-year-old son Harrison never being picked for his […] 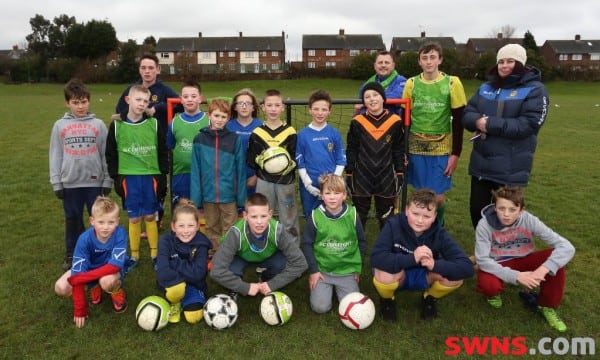 A couple have set up a football team for children with special needs and disabilities who have been turned away from other clubs – called REJECTS FC.

Jay Dooley, 43, and wife Tracy, 34, set up the side after getting sick of seeing their 10-year-old son Harrison never being picked for his school squad.

The footy-mad youngster was born with a hole in his heart and a blood disorder which means he is increasingly tired as his body doesn’t produce enough red blood cells.

Dad Jay promised to take Harrison to their local field on a Saturday for a kick around with other friends who also didn’t make the team in August.

But they were forced to turn it into a weekly event when their numbers grew from just five children to a whopping 20.

The team, who meet on a field near their homes in Bestwood, Nottingham, is full of youngsters with heart problems, cerebral palsy, behavioural issues and autism.

Today, Tracy, who lives in Bestwood, said the idea for the name Rejects FC came from his son Harrison and his friend Joshua.

The mum-of-two, who also has a seven-year-old daughter Lena, added: “Once word got around more children would turn up and we realised how much it was needed.

“We decided to make it a regular Saturday morning session.

“Soon the group was named by our son and his friend Joshua. They felt that Rejects FC was a perfect name.

“This did not mean that they were a child that nobody wanted, it reflected their ability to defy those who had rejected them and show that they were capable to do whatever they wanted to do.

“To date we have a wide range of kids that have different levels of ability. Some have ADHD, ADD, cerebral palsy, dyslexia and autism.”

Her husband Jay was also recently diagnosed with PTSD after he got his arm trapped in a printing machine at a factory three years ago. 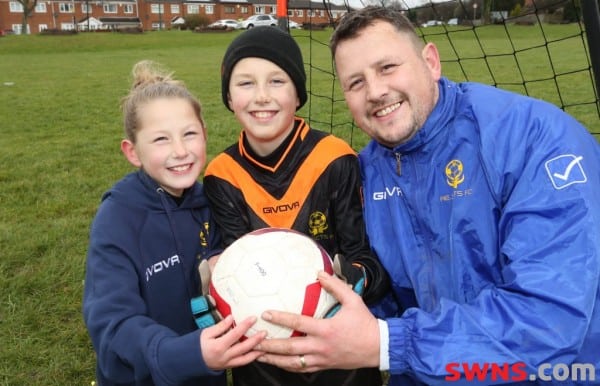 The dad-of-three, who also has a 25-year-old daughter from a previous relationship, added: “It started when Harrison came home upset he hadn’t made the school team.

“I told him I would take him to the field for a kick about with some mates and the numbers just kept growing so we decided to make it a proper team.

“People saw Rejects as a negative name but if you look in the dictionary it means not to give in and that’s why we went with that name.

“They love being part of something that they can’t be part of in normal, everyday life.

“If you took my lad to a normal team they would never take him on because of his blood disorder.

“A lot of the kids playing did not make the school team and I know personally how important it is to be part of something.”

Rejects FC’s blue and yellow kit and all their equipment has been bought by generous parents.

The Dooleys are also helped by coach Luke McCrea, 16, whose brother plays in the squad.

Parents who turn up to watch their children play every Saturday have also thanked the Dooleys for setting up the team.

Emma McCrea, 37, from Top Valley, Nottingham, takes her son Jay, 11, who suffers with cerebral palsy and epilepsy, along every week.

She said: “He gets ignored and has been left out of football at school.

“This allows him to spend quality time with his friends that are on the same level.

“If he was not doing this he would be at home on his X-Box. It has really built his confidence.”

Leigh-Anne Hudson, 47, from Bestwood, also takes her son Joshua, 11, who has ADHD and autism.

She added: “He does not get to go out and play and this is his socialising out of school.

“He loves it. He is one of the first here each week and he has stuck with it.” 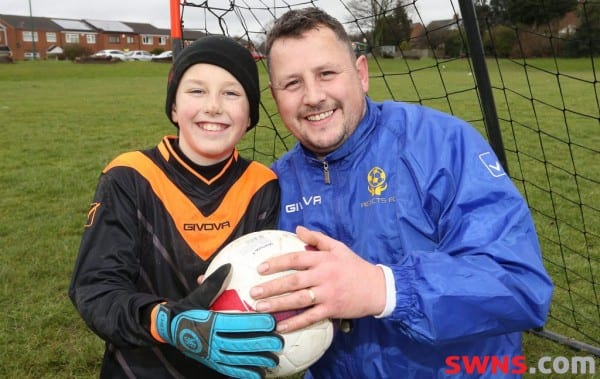 Dominique Street, 34, also from Bestwood, says her son Addison, six, who has autism and ADHD, never got picked for the school side.

She added: “He is part of something, this is his time and we can come and watch him play.

“These children have been rejected because of the conditions they have got.”