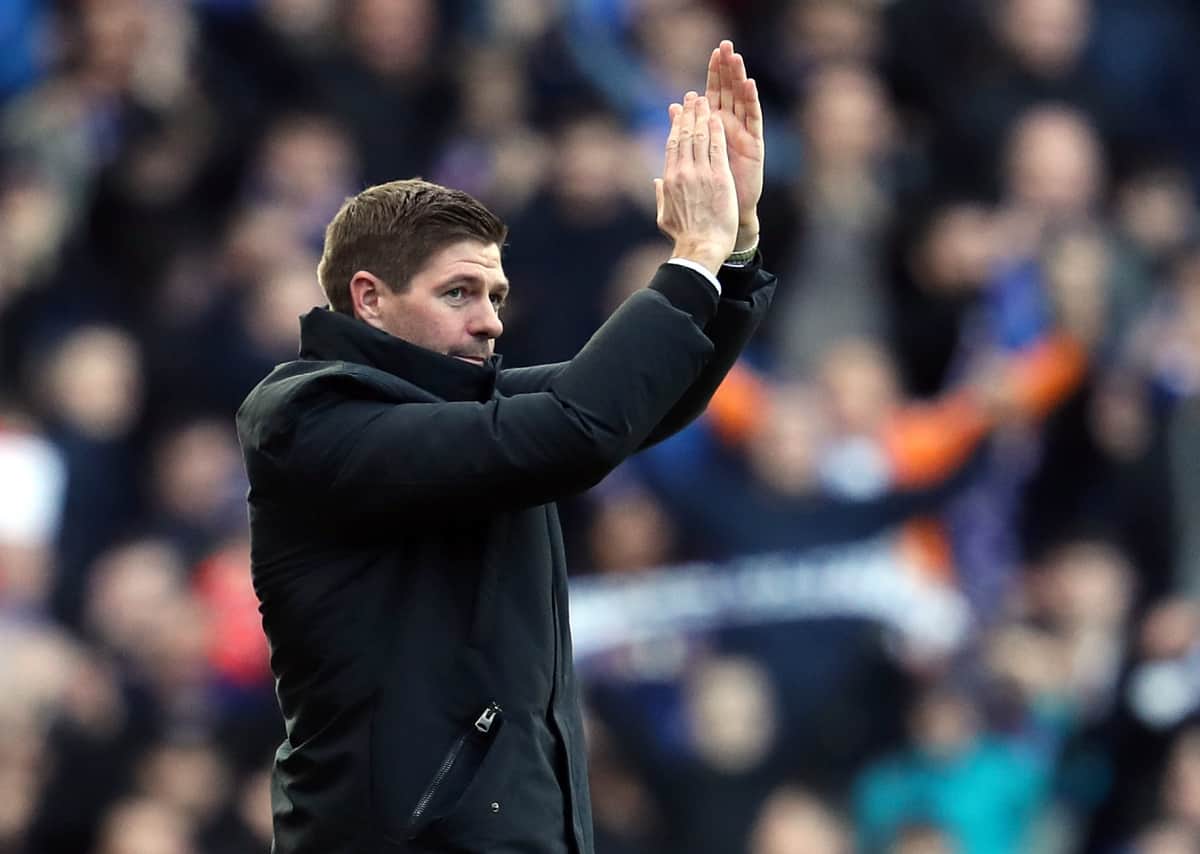 Leicester midfielder Andy King is set to seal a season-long loan switch to Rangers, after ex Celtic boss Brendan Rogers gave him the green light to move north of the border.

Gerrard said: “Niko has come back in such a positive frame of mind after a strong tournament with Croatia’s Under-21s in the summer and has taken that form into the new season.

“That is probably why I haven’t been able to introduce Filip Helander at the moment.

“I say to the players to do all you can to keep the shirt and if you play well more often than not you will.”

22-year-old Sheyi Ojo has been impressive since arriving from Liverpool and he puts it down to how the players have bonded, he said: “For me, life here in Glasgow has been good.

“I knew some of the players already, so I have things to do off the pitch.

“I really enjoy Glasgow — more than I thought I would, to be honest. It is an amazing city with amazing people.

“I am playing consistent football and off the pitch I’m really enjoying my time here.

“A lot of the players live close to each other and that helps. It is a really positive squad to be a part of on and off the pitch.

“We have team dinners to create that bond and spirit — and I think that will help over the season.”

The Andy Kind deal could be clinched ahead of Thursday night’s Europa League clash with Midtjylland.

News of the 50-cap Wales international’s imminent arrival comes after Gerrard admitted he was considering bringing in another central midfielder to compete with the five-strong group he has at his disposal currently as Gers prepare to battle on four fronts.

Steven Davis, Ryan Jack and Joe Aribo have emerged as the Light Blues boss’ favoured trio in the middle of the park, with Glen Kamara and Greg Docherty providing back up.

Meanwhile, Gerrard says Celtic’s Champions League exit should be a warning to his Rangers squad. The Hoops saw their group stage hopes crumble after suffering a shock 4-3 defeat to Romanian champions Cluj at Parkhead.

Gers have Europa League ambitions to focus on and will now look complete the job against Midtjylland.

Gerrard said: “What last night shows is that European ties are never over, even when you get a positive result in the first leg. Some of these teams that people don’t know much about – Cluj from Romania, for example, or Midtjylland from Denmark – they carry a huge threat.

“They’re so desperate for financial reasons to progress, like most of us, so my players need to take note of last night and make sure we deal with our second leg much better.

“This team has had so much criticism over the past 14 months about not being consistent and taking the foot off the gas at important times.

“Tomorrow is a good test from a mental view. I don’t want to see a casual team thinking that because it has a two-goal advantage that the job is done. That won’t be the case.

“I’ve not had to stress that because Midtjylland deserve respect and the players know that at times last week they caused us problems.

“They carry a huge threat and it would be very immature and naive of us to think that this is done.”

‘Could we be going in to game in any better form? No I don’t think so’ – Rangers boss hoping not to slip up like Celtic – click here