Steven Gerrard has called for a pumped-up Ibrox as he looks to give his weary Europa League campaigners an energy boost before facing Hibernian. 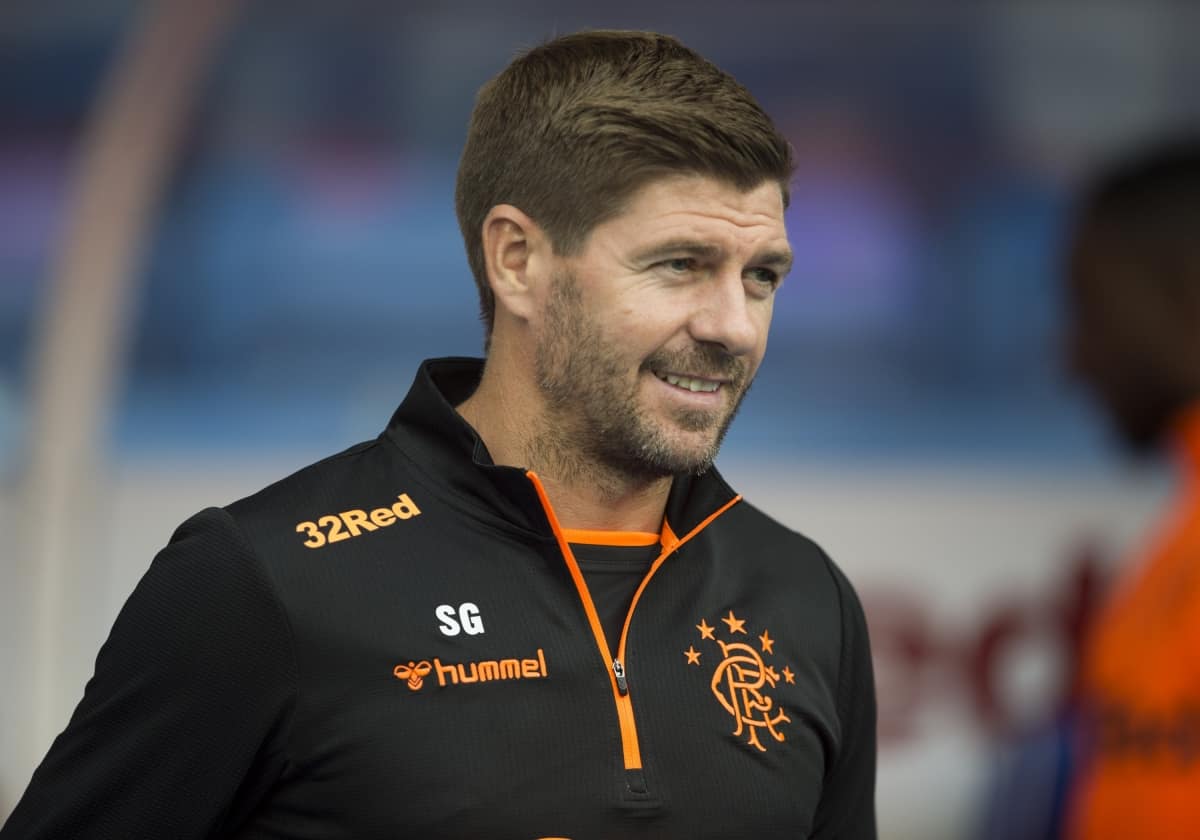 The Light Blues dazzled in Denmark on Thursday night as they put four goals past Midtjylland.

The display left Gerrard purring but he knows his players will be feeling the affects of their 1000-mile round trip to Jutland.

Gerrard will make changes to his team but he also knows Hibernian will be looking to exploit those who keep their place should they show a hint of fatigue.

Now he wants the Light Blues legions to produce an atmosphere that will ensure none of his team are caught dozing as they look to build on a week that started off with their last-gasp win at Kilmarnock.

He said: “Sunday will be a difficult game. Every time we’ve played Hibs, whether it be under Lenny (Neil Lennon) or Paul Heckingbottom, we’ve always had good tests.

“They’ve got good individual players and play the right way.

“We’ll wait and see what their game plan is on the day but I’m really interested to see how hungry my players are coming off the back of a big win and a lot of praise, and rightly so.

“Can they shift the mentality now to a really tough home game against Hibs?

“It’s a day when we need our crowd. The travel and what we put into last night’s game means we’re going to need Ibrox to be rocking to help us get through.”

Gers’ title tilt faded last year largely as a result of their failure to take more against Kilmarnock and Hibernian.

They managed just one league win from eight clashes against the bogey pair but have already matched that tally by beating Killie with Connor Goldson’s last-minute winner on the opening day.

Now Gerrard wants to avoid a repeat of their Hibs hiccups as they square off for the first time this term.

He said: “We never took our chances against Hibs last year. Certainly in the away games we were very dominant, had all the possession and created all the chances.

“We came up against two goalkeeping performances from two people who got man of the match on both occasions.

“The game after the split we were very comfortable and deserved our win. We should have won the other home game but we conceded a silly goal.

“We need to learn why we didn’t pick up enough points from Hibs last year.

“We did that against Kilmarnock on the opening day and I’m hoping we show the same character and resolve at the weekend.”