The power cuts caused travel chaos and cut electricity for almost one million across areas including London and the South East. 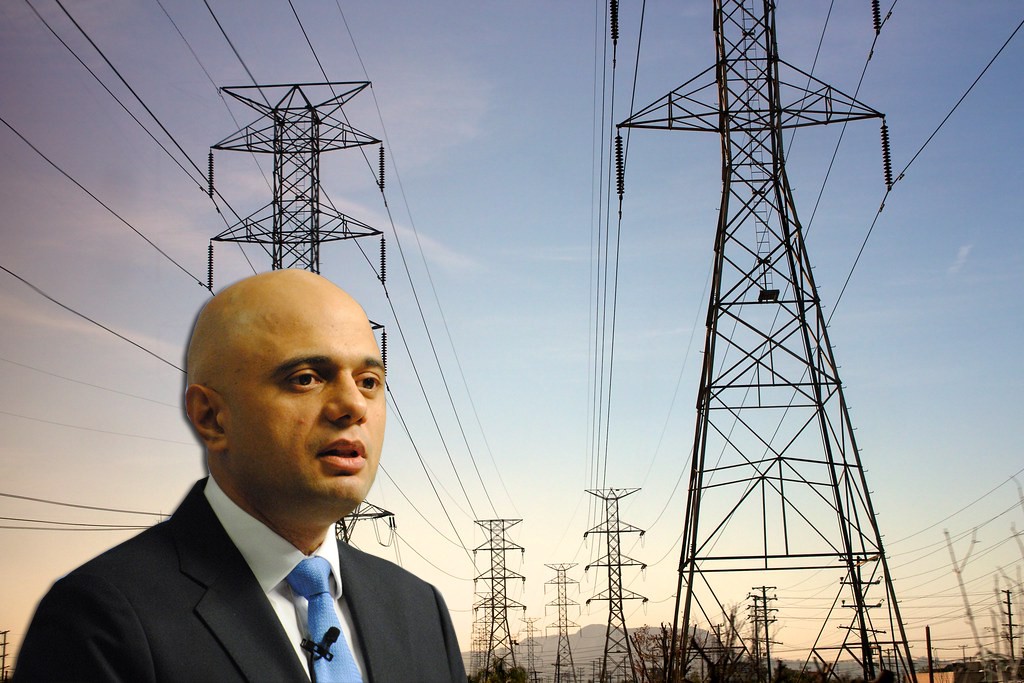 Concerns have been raised after Sajid Javid visited the National Grid just hours before a rare blackout struck across the country.

Nigel Annand asked whether the Chancellor was allowed to press any buttons during his trip, which coincided remarkably with the power cuts.

Others remarked, “a huge loss of services around the country, a taste of what’s to come!” after the lights went out.

Javid was visiting National Grid bosses and trainees at its Eakring Training Centre in where he blamed a drop in GDP – announced yesterday – on challenging conditions in the world economy.

The power cuts caused travel chaos and cut electricity for almost one million across areas including London and the South East, as well as the Midlands and the North West.

The National Grid Electricity System Operator has blamed the cuts on an issue with two generators, with experts believing them to be located at a gas-fired power station in Little Barford, Bedfordshire – and at a wind farm off the coast of Yorkshire.

King’s Cross Station in London was evacuated following the power cut and commuters were forbidden from passing through the ticket gates.

The power cut also stopped traffic lights from working and plunged Newcastle Airport into darkness, as well as affecting Ipswich Hospital and causing huge disruption on the railways during the busy Friday night commute.