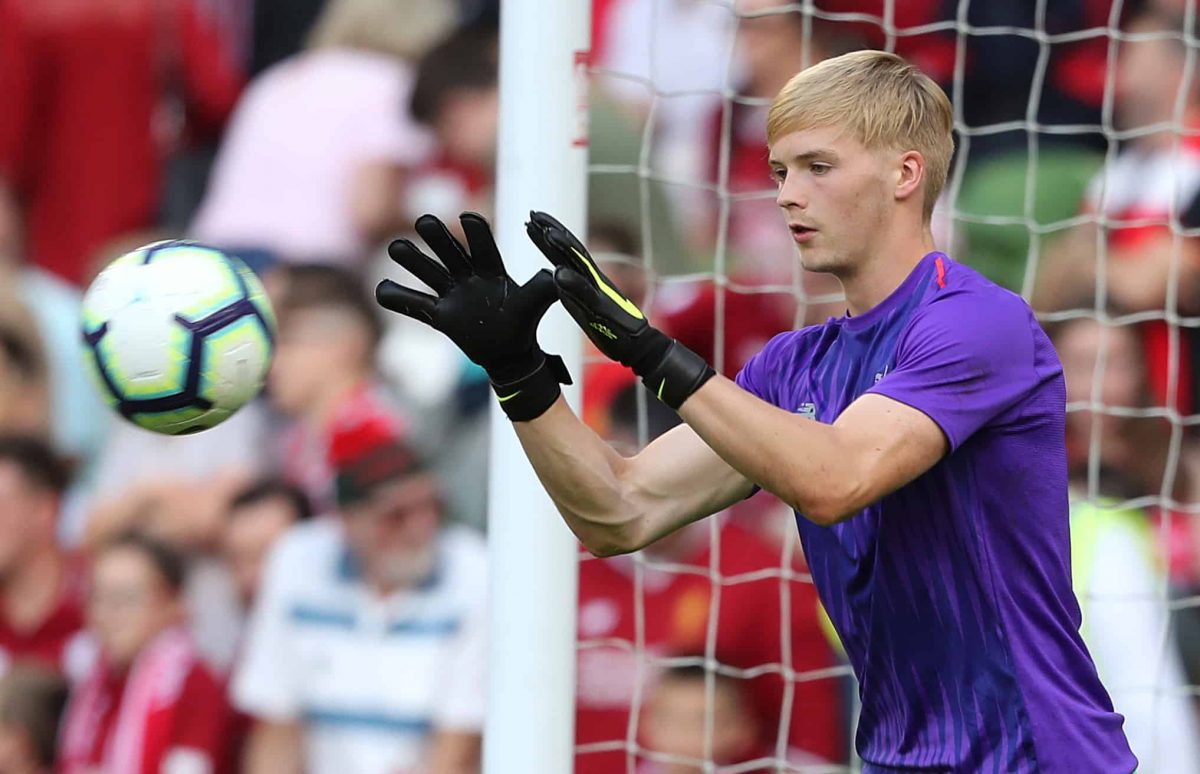 Liverpool's Caoimhin Kelleher during the pre-season friendly match at the Aviva Stadium, Dublin

Stephen Kenny has challenged Republic of Ireland Under-21s keeper Caoimhin Kelleher to ready himself for senior football at Liverpool by thriving on the international stage.

The 20-year-old is in line to win his latest cap on Friday evening when Ireland entertain Armenia at Tallaght Stadium having opened their Group 1 campaign with a 3-0 win over Luxembourg in March.

Manager Kenny has been impressed with what he has seen from Kelleher, who picked up a Champions League winners’ medal last season, and is confident there is more to come.

He said: “Caoimhin has such a great temperament for a goalkeeper. Nothing fazes him and his distribution from the back is excellent, and he has great agility. For us, he’s been very consistent.

“It’s one thing being on the bench for Liverpool, but having the six Under-21 international games has really helped him, and there’s another six there over the next three months.

Meanwhile Steven Gerrard’s cousin Bobby Duncan snubbed a move to Manchester United – because he “did not want to betray” Liverpool.

Vincenzo Morabito – who worked with Duncan and his agent Saif Rubie to secure Duncan’s £1.8m Fiorentina transfer- revealed he would not turn against Liverpool, despite the bad blood.

He told the Mail: “It all started in April. Saif contacted me and we set to work to find new accommodation for Bobby.

“The boy did not want to betray Liverpool and said no to United who insisted so much with him.

“He may be the new Italian Pogba. Fiorentina has made a deal and Liverpool have lost one of the five best English products in the recent history of the Premier [League].”