Taking after superstar 'Neigh-mar', one-year-old Tony the pony has developed a love for the ball after his owner Kristy Simpson, 37, got him one to play with as a foal 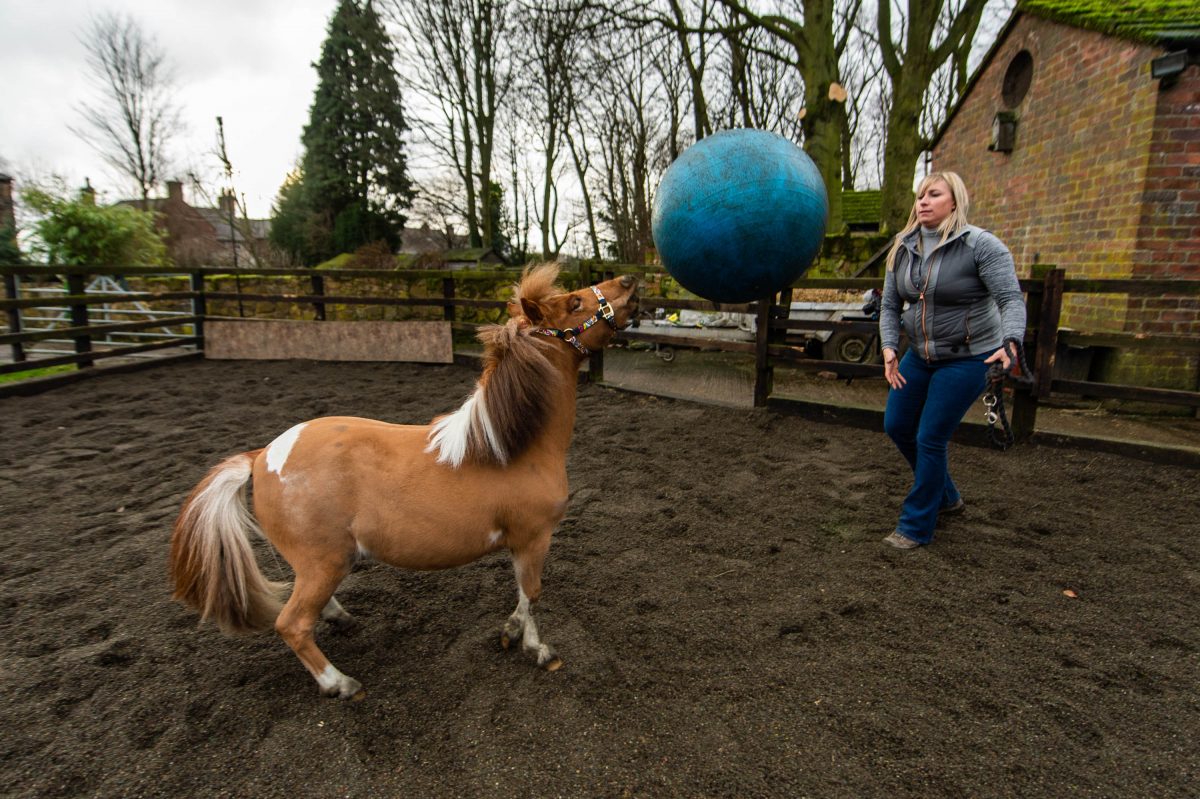 A pony owner has offered her colt’s services to his favourite club – after he became obsessed with playing FOOTBALL.

Taking after superstar ‘Neigh-mar’, one-year-old Tony the pony has developed a love for the ball after his owner Kristy Simpson, 37, got him one to play with as a foal.

Since he first encountered the toy ball, Tony has mastered his footballing skills – despite popping ten balls in the process of learning his silky tricks. 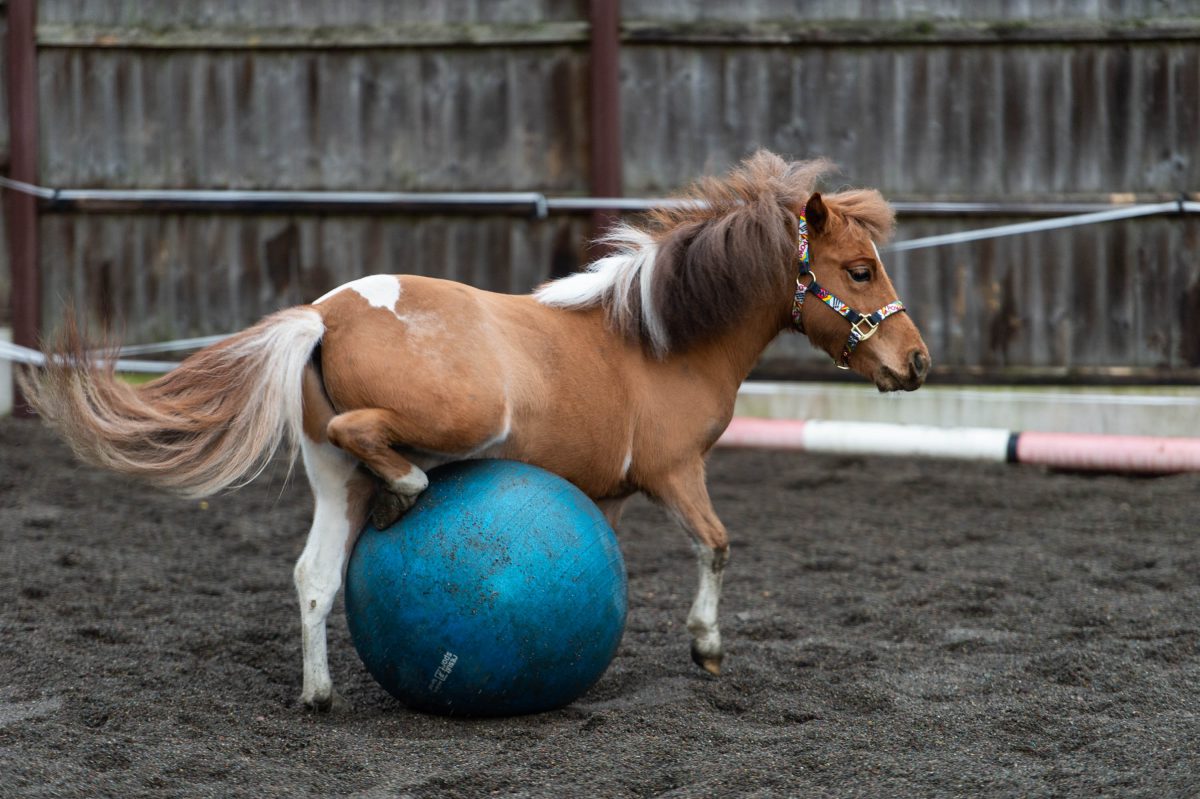 Kristy has offered his services to poorly-performing local side Huddersfield Town – who sit at the foot of the Premier League – and reckons he would be a valuable addition to their squad.

Kristy, a HR worker, said: “He spends every day kicking his football around the yard.

“He can’t get enough of it.

“We got him a ball because he is the only colt and has to be kept separate from our other horses, but he absolutely loves it.

“He is costing us a fortune though, he gets very mad when he pops his ball and pulls a strop until we get him another one.

“I think he would be perfect for Huddersfield, they could do with a new player.” 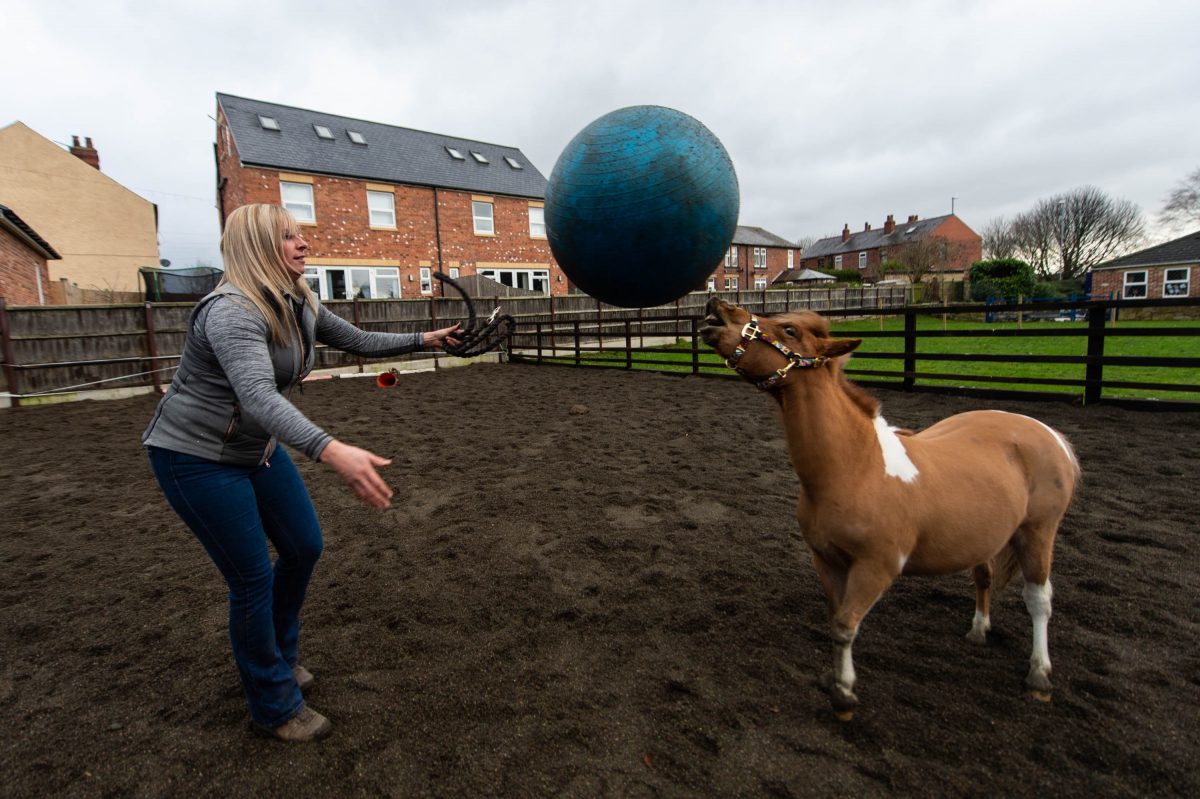 Tony, who is just 29 inches tall, plays football in the yard “every single day” and can often be spotted dribbling the ball with his hooves.

Kristy added: “He has gone through nine or ten different balls already. He has footballs, gym balls, anything.

“As long as he has a ball in there with him he is happy. We don’t want him to get lonely so it keeps him occupied and gives him something to do.

“We never expected him to take to it like he has.”

Kristy bred Tony in Wakefield, West Yorks., and he was born in September 2017.

The original plan was to only keep him if he was a mare, but after naming Tony after her father, Kristy was allowed to keep him around.

Kristy said: “I knew it would pull on the emotions and I got to keep him. 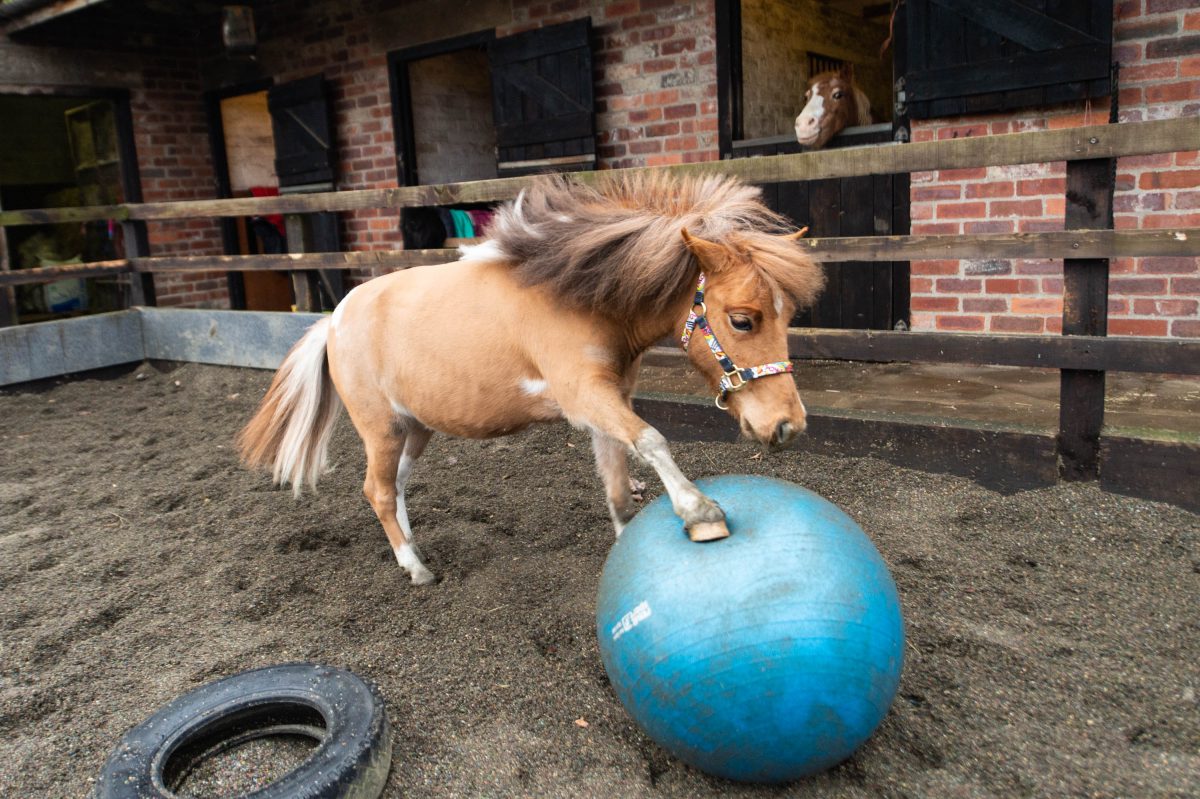 “Even though he is alone, he has so many toys and things to keep him occupied he loves it.

“He keeps us very busy.”

Huddersfield Town currently sit adrift at the bottom of the Premier League table.