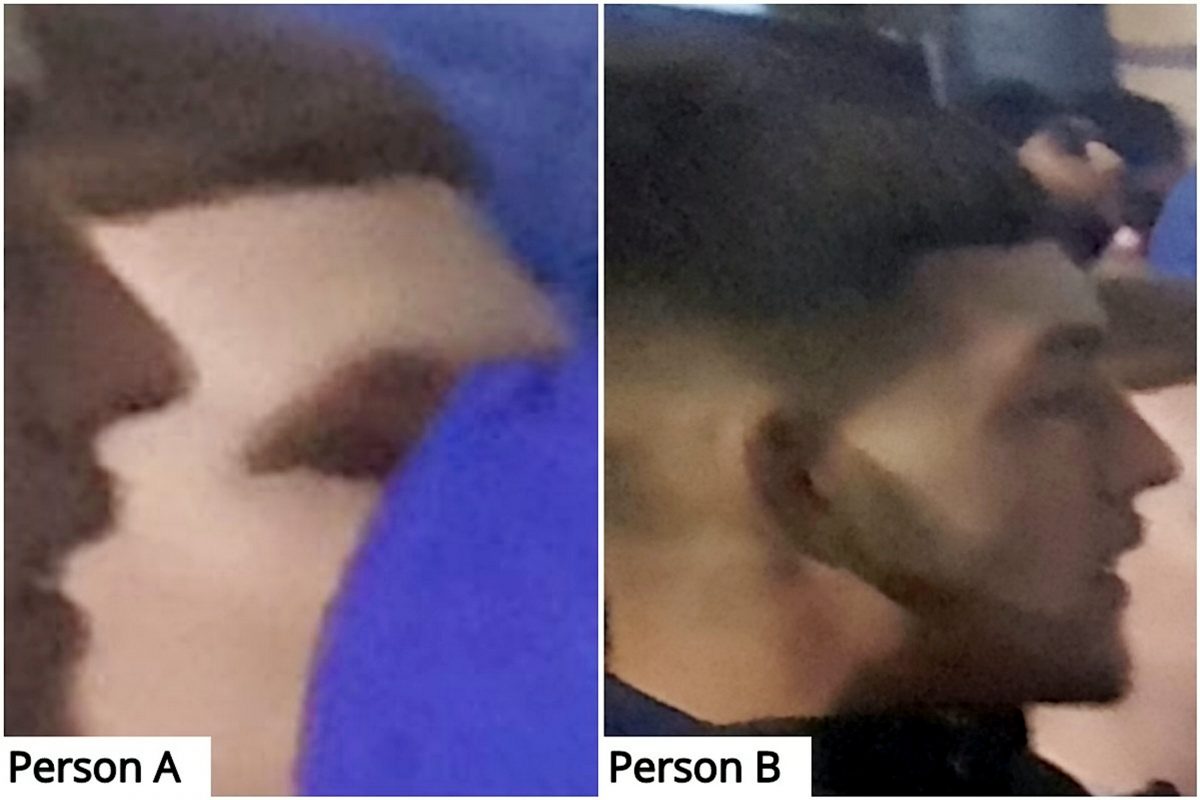 Police have released images of four football yobs they are trying to track down after Manchester United star Jesse Lingard was the target of racist abuse.

The Premier League midfielder was bombarded with foul-mouthed insults following his side’s 3-0 victory against Derby County in the FA Cup last Thursday (5/3).

A video was circulated on social media showing fans shouting obscenities at Lingard as he got on the team bus to leave the Pride Park Stadium after the game.

Lingard’s teammate Luke Shaw is seen at the door of the bus in the footage angrily remonstrating with the group of louts.

Derbyshire Police today (Fri) released images of four men they want to speak to in connection with the incident.

PC Roger Brown QPM, the dedicated officer for Derby County football policing, said: “Scenes such as this have no place in football.

“The match was fantastically supported by both home and away fans – unfortunately the actions of a mindless minority have cast a shadow over the tie.

Another supporter was also heard to shout “zero goals and zero assists in 2019” towards the player as he stopped to sign autographs before boarding the team coach.

At the end of the video, a third voice is heard shouting racial slurs towards Lingard, who played the full 90 minutes during United’s victory against The Rams.

A force spokesperson added: “Officers conducting the enquiries are keen to speak to the people pictured who were in the area at the time the abuse occurred.

“We do understand that these pictures are not of the highest quality but are the best that are available to us at this time.”

Speaking at the time, Lingard said: “Not even this idiot can ruin tonight’s feeling, shameful behaviour, it may be the derby but there is never ever a reason to be racist.”

His manager Ole Gunnar Solskjær added: “Fred and Jesse in the corner taking coins from the City fans first of all, and then there’s this not-so-intelligent fella chanting racist abuse towards my two players.

“He should never be allowed into a football ground again. Unacceptable. I am sure the authorities will deal with it.”

Anyone who recognises the men pictured are urged to contact the force online, by calling 101 or Crimestoppers anonymously on 0800 555 111.

Top-level English and Scottish football suspended due to coronavirus outbreak

Top-level English and Scottish football has been suspended until April 3 at the earliest due to the coronavirus pandemic.

The Football Association, the Premier League, the English Football League, FA Women’s Super League and FA Women’s Championship have all agreed to call a halt to competitive action with immediate effect.

A joint statement from the Scottish Football Association and the Scottish Professional Football League confirmed the suspension of all football north of the border until further notice.

The decisions to suspend follow players and staff becoming affected by the virus, or individuals self-isolating as a precaution after reporting symptoms consistent with Covid-19.