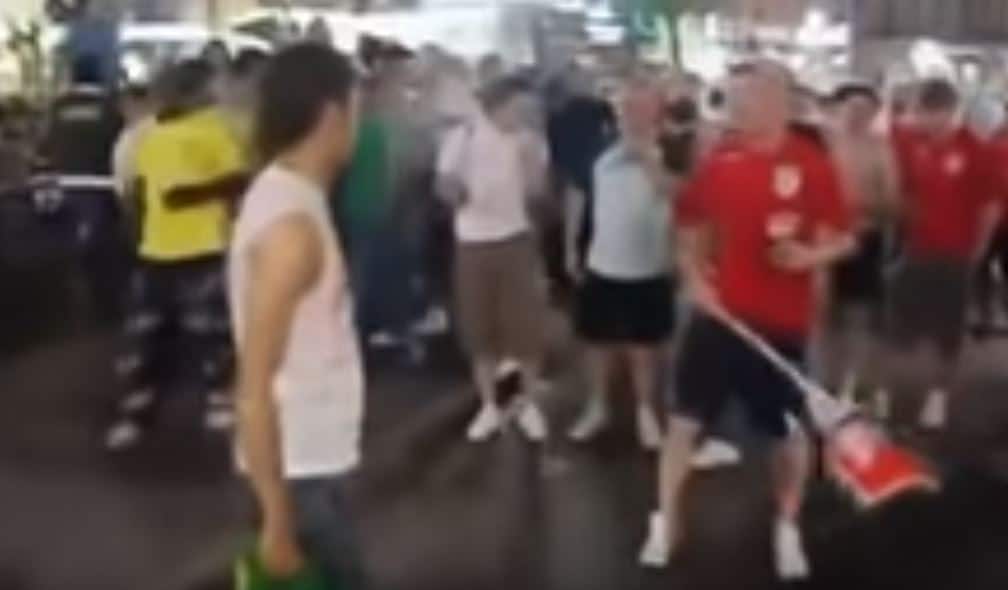 Police have ordered hundreds of football hooligans with banning orders to hand over their passports – or face arrest.

The Metropolitan Police alone has a list of 132 fans slapped with a ‘football banning order’ that requires them to hand in their passports by today.

There were 1,929 people with banning orders last August, the last time Government figures were published.

Officers from the Met’s Football Unit will be at police stations across London ready to collect the passports of the footie fanatics.

Fans under banning orders were threatened with arrest if they miss the deadline, as the Met announced an increased presence at major London airports.

Sergeant Dave Hine, of the Met’s Football Unit, said: “We want to ensure that no fan who is subject to a football banning order is able to travel through Heathrow airport to the World Cup to watch England.

“Anyone with a banning order who fails to hand their passport in during the next couple of days will have a police officer knocking on their door.”

A spokesperson from the Met said: “We are reminding Londoners who are subject to a football banning order to hand in their passports.

“Officers from the Met’s football unit will be at a number of police stations in the capital on Monday, 4 June and Tuesday, 5 June to collect the passports.

“A total of 132 football fans in London are currently subject to a football banning order which prevents them from travelling to watch England in Russia during the World Cup.”

The Met reiterated that any fans with banning orders who do not ‘surrender their passports’ will be ‘pursued’ by police and be arrested.

The spokesperson added: “Any supporters who police believe will provoke or contribute to violence abroad will be prevented from travelling under Section 21b of the Football Spectators Act 1989.”

West Ham United had the most fans handed banning orders during the 2016/17 season, with 30 supporters banned from matches – out of a total of 517 new bans.

Fines for fare dodging on trains to massively increase