It comes as Angel Di Maria's wife opens up on their Manchester nightmare - and admits he only joined United for the money. 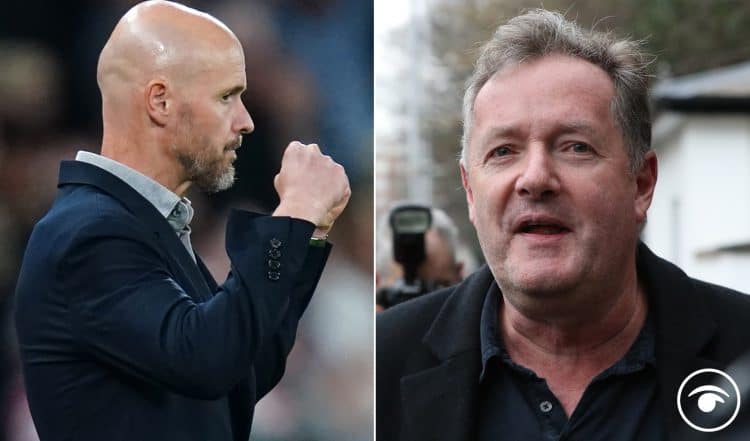 Manchester United secured an impressive win against rivals Liverpool on Monday amid the backdrop of protests against the Glazer family.

It was a night to cherish for the Old Trafford faithful but there remains plenty of work to be done on and off the field at the club.

United did confirm the signing of Real Madrid midfielder Casemiro before the game and the Brazil international was paraded on the pitch to a mixture of applause and anti-Glazer chants.

The eyes of the footballing world were focused on a rocking Old Trafford as these old foes went toe-to-toe in search of their first Premier League wins of the season.

United had started the weekend bottom of the table after their four-goal humbling at Brentford compounded the home loss to Brighton, but Ten Hag’s side responded with a display of determination, aggression and skill.

Before the game Piers Mogan tweeted: ‘Benching @Cristiano for Elanga against Liverpool, even by current abysmal Manchester United standards, is one of the dumbest decisions in football history. Ten Hag should be fired for this alone if they get hammered tonight.. or should I say WHEN they get hammered.’

He then wondered what Ronaldo said to him after the match.

He wrote: “I strongly suspect he wasn’t showing Mr Neville any heartfelt gratitude for his recent observations either… care to tell us what he said to you @GNev2 ?”

Morgan wrote: “That’s what Don Corleone used to say before he whacked people…”

Neville replied with a laughing emoji and wrote: “I will look forward to that.”

Jorgelina Cardoso told Argentinean TV channel LAM: “I didn’t like it at all… I can tell you. People are all weird. You walk around and you don’t know if they’re going to kill you. The food is disgusting. The women look like porcelain. Angel and I were in Madrid, at the best team in the world, perfect food, perfect weather, everything was perfect. And then came United’s proposal….”