"While it is easy to accept the common premise that the wealthier Big Six clubs are more financially stable than other clubs in the league, our research provides evidence to show that the reality is not quite as simple." 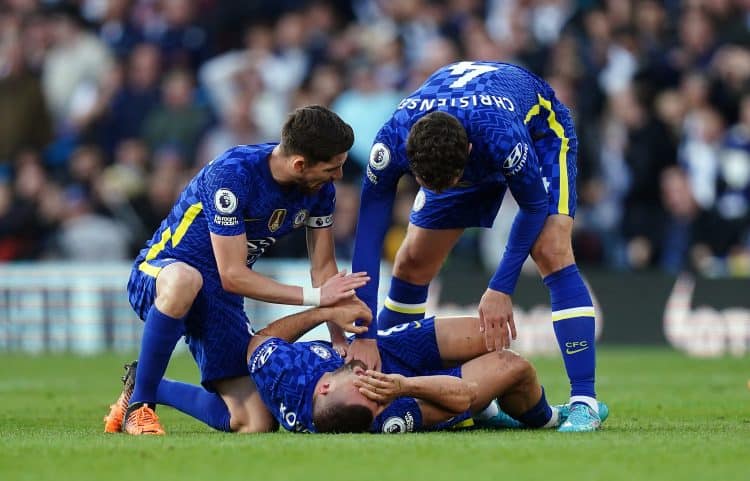 They may have lost to fierce rivals Tottenham last night but Arsenal are financially the best placed top six club to withstand a recession, according to a new study.

All other top clubs show signs of weakness when it comes to surviving major economic shocks, according to a new study.

Chelsea in particular could soon be facing a financial nightmare.

While the UK economy doubled between 1993 and 2018, the wealth of Premier League football clubs has multiplied by 30.

Many of these have become global franchises, attracting hundreds of millions of fans, and making an ever growing contribution to the UK’s economy.

But clubs are usually highly reliant on one major source of income and on key individuals, which could leave them exposed to financial shocks.

Now researchers at Portsmouth University have crunched the numbers and identified which clubs have more to worry about than relegation.

Co-author lecturer Christina Philippou said: “Measuring club’s economic resilience in this way has implications for our understanding of both the Premier League’s sustainability and its ability to withstand future shocks to maintain its dominant position in world football in an increasingly global and competitive industry.”

Annual reports from 1993 to 2018 were analysed by the researchers to see what premier league clubs were best equipped to deal with major economic shocks.

They compared revenue streams from match day activities like ticket sales and hospitality.

They also looked at commercial ventures such as sponsorship and the sale of TV broadcasting rights in their analysis.

The Gunners were the only club strong enough to see off major changes to the wider economy, the researchers found.

While Manchester United and Tottenham Hotspur also proved resistant, they were slow to recover.

Liverpool and Manchester City on the other hand were vulnerable to economic turmoil, but showed strong recovery during periods of growth.

Chelsea was the only ‘Big Six’ club with no resilience at all, a worrying prospect given recent events at the club.

Outside of the top tier, Coventry City and Derby County were the only two clubs to have financial resilience, the researchers found.

This could explain why they managed to avoid going into administration despite poor financials, until eventually succumbing in 2013 and 2021 respectively.

Birmingham, Sunderland and QPR on the other hand were at the bottom of the resilience table.

Aston Villa, Bolton, Newcastle and Ipswich also had vulnerable finances during their time in the Premier League.

Co-author Dr Adam Cox said: “While it is easy to accept the common premise that the wealthier Big Six clubs are more financially stable than other clubs in the league, our research provides evidence to show that the reality is not quite as simple.

“The findings show the lack of economic resilience amongst the wealthiest clubs and their reliance on external financial resources puts them at risk if the UEFA Financial Fair Play Regulations (FFP) were to change.

“While such risks appear reasonable during periods of strong growth in revenue, they are likely to have great impact if the growth in broadcast revenues falters and they may change the EPL landscape in the next 30 years.”

The study could help clubs to better withstand and recover from economic shocks by helping enhance their financial performance and better plan their way out of recession.

Mrs Philippou said: “Even through this time of crisis, where a large number of lower league clubs were facing bankruptcy, the EPL still managed to exceed financial expectations compared to other industries.

“Despite this resilience, there are clear differences between clubs themselves.

“This became starkly evident during the Covid-19 crisis (which was outside of the time period when the data was collected) , where a number of EPL teams made it clear that they were struggling financially, or acted in a manner that demonstrated that the financial pinch was being felt.”

The findings were published in the journal Soccer & Society.