The midfielder has played 57 times for his nationla side. 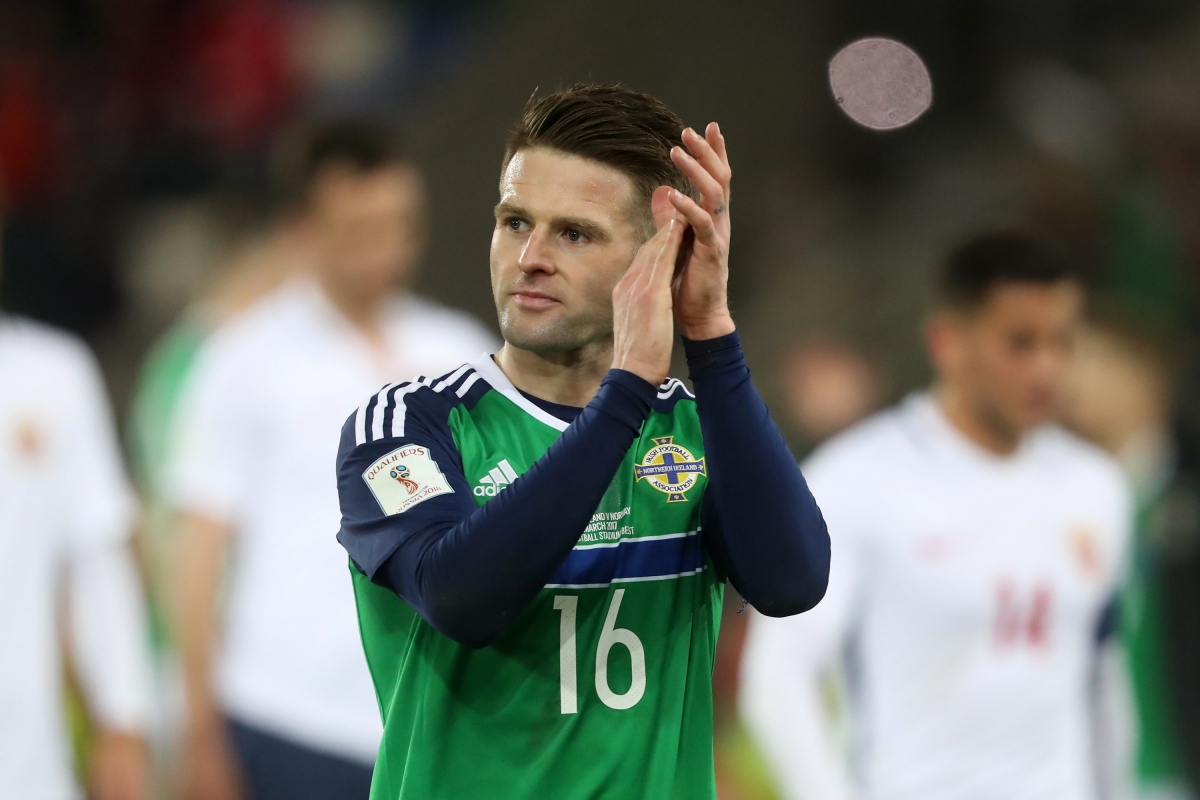 As Sheffield United cliamed their first Premier League win after 12 years out of the top flight, one of the team has retired from international foobtall at a fairly young age. His side overcame Crystal Palace on Sunday.

This win built on their opening-day draw at Bournemouth, giving them a great start to the season.

Norwood, who was born in Burnley but qualified to play for Northern Ireland through his grandfather, won 57 caps for his country and also represented them at under-19 and under-21 level.

“I think he is making a huge mistake. He is only 28 and I’ve no doubt he could have continued to play club and international football for many years,” O’Neill told irishfa.com.

“Ollie has been a mainstay of our team for the past seven years. I know this was not an easy decision for Ollie to make, however I think his decision is premature.

“He had the opportunity to leave an incredible legacy at international level and the potential to reach 100 caps.

“Ollie will be a loss to our squad, however we have won our four qualifying games to date (for Euro 2020) in his absence and the squad will continue to progress, and I believe the players in my squad are more than capable of reaching another major tournament.”

Norwood, who came through the ranks at Manchester United, was handed his international debut by former manager Nigel Worthington, coming on as a substitute in a 2-0 friendly defeat to Montenegro in Podgorica in August 2010.

Fifty-two of his 57 caps for Northern Ireland came under current boss O’Neill.

“After proudly representing Northern Ireland on 57 occasions, I feel now is the right time to announce my retirement from international football,” Norwood said in a statement released via his club.

“I’ve enjoyed the highs of a major tournament – being part of the squad in France at Euro 2016 was the proudest point of my international career.

“I would like to thank the manager, Michael O’Neill, for selecting me on so many occasions to represent my country, and also to the players I’ve played with through the years. We’ve had some enjoyable times.

“A huge thank you, too, to the GAWA (Green and White Army) for the tremendous support offered through the years. In my opinion the GAWA really are the best fans in the world and hopefully the squad can deliver more success for them to enjoy.”

Sheffield United boss Chris Wilder thinks his players will need to become more “streetwise” as they continue to adjust to Premier League football.

The Blades earned their first win since returning to the top flight against Crystal Palace on Sunday, with John Lundstram scoring in the 1-0 victory.

During the game Wilder’s team – and the majority of the 30,197 crowd inside Bramall Lane – became increasingly frustrated by the amount of free-kicks awarded against them.

Ahead of next weekend’s home game against Leicester, Wilder acknowledged that United need to brush up on some of the tricks of the trade.

“Maybe we’ve got to become a little bit more streetwise in our play,” said Wilder

“It’s a contact sport and that is part and parcel of what we do, but maybe at times we’ve got to be a little bit cuter ourselves. But that’s something we’ll get to grips with as we go along.”