Steve Bruce was left to rue a single mistake as Arsenal condemned him to defeat in his first game as Newcastle head coach. 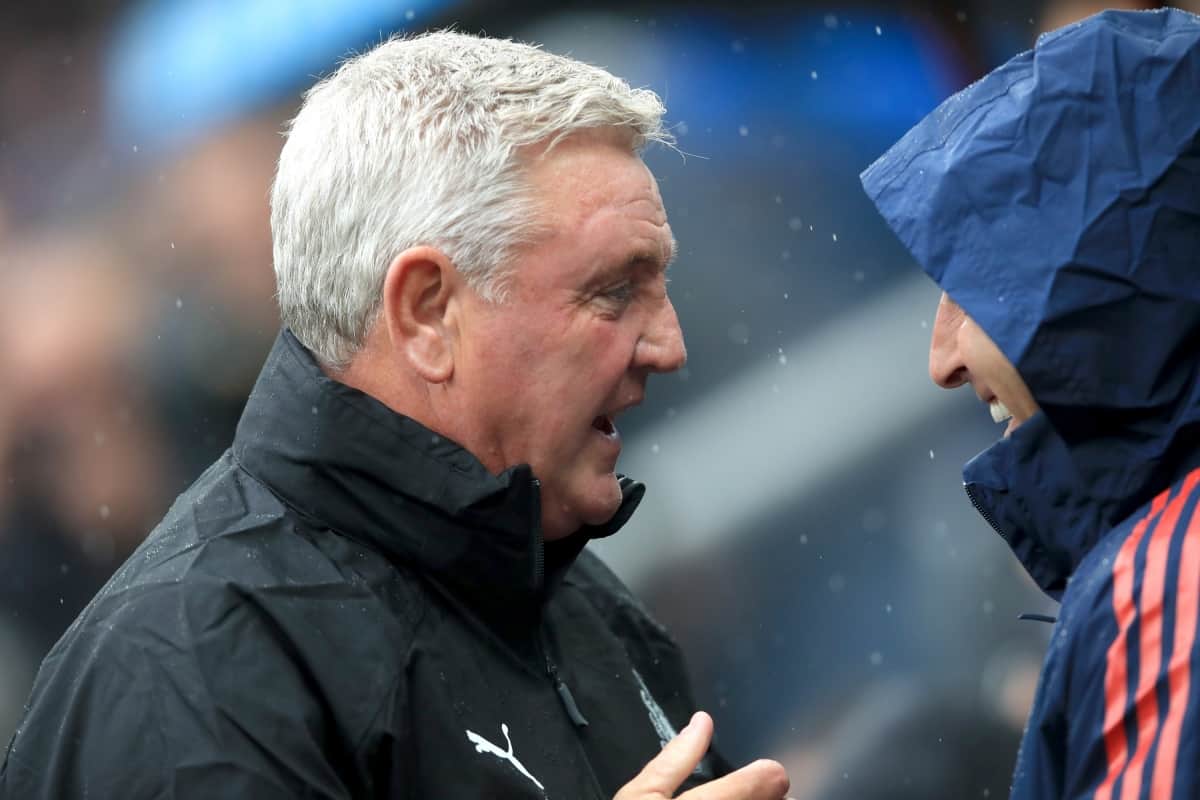 The 58-year-old could only look on as full-back Ainsley Maitland-Niles intercepted Paul Dummett’s attempted pass to substitute Jetro Willems before feeding Pierre-Emerick Aubameyang to score the game’s only goal 58 minutes into a tight affair on Tyneside.

Bruce said: “That’s the big disappointment for us all, to lose it in the way we did, a mistake. We defended fantastically well throughout the game – I can’t remember my goalkeeper making a save, and that against Arsenal is a big, big positive.

“But we’re disappointed that we made a mistake and unfortunately left ourselves open and got punished.”

Newcastle, who handed a competitive debut to £40million record signing Joelinton, started promisingly and were unlucky not to score when Jonjo Shelvey hit a post and the Brazilian striker forced a first-half save from Gunners keeper Bernd Leno.

However, Willems’ failure to collect Dummett’s pass minutes after his introduction amid initial confusion over his role handed Maitland-Niles the chance to set up Aubameyang to control expertly before beating the advancing Martin Dubravka.

Bruce said: “Listen, we have made a genuine mistake. When the pass was too short or whether he hasn’t reacted quickly enough, at the end of the day, I can’t criticise anybody for making a mistake.

“I thought he was too high up the pitch, I thought his position to start with was too high and made the ball longer than it should have been. If that’s a criticism, it’s something we can work on.”

Arsenal boss Unai Emery was happy with both the performance and the result on a day when summer arrivals Dani Ceballos, Nicolas Pepe and Gabriel Martinelli were introduced from the bench as teenagers Reiss Nelson and Joe Willock had been given chances.

“The balance offensively and defensively is only taken with the victory. Today in our 90 minutes, we could do that. Also, we created chances and we need also to create chances for our strikers and today with Auba, we won.”

All that and more in @UnaiEmery_‘s post-match press conference ?

Asked about his new signings, Emery added: “David Luiz did pre-season with another team and he is OK to play physically, but he only trained completely with us yesterday. On Friday, he did 30 minutes with us.

“Nicolas Pepe came one week ago and physically he needs to get his best fitness to be ready to play 100 per cent for 90 minutes. Today, 20 minutes is good for him.

“And Ceballos is in the middle because he came before Pepe, but he got an injury and he stopped training. But he needs to know the Premier League, so today was important for him and for us.”