Even Chelsea Supporters’ Trust revealed it had asked the club to withdraw the request for the game to be played behind closed doors. 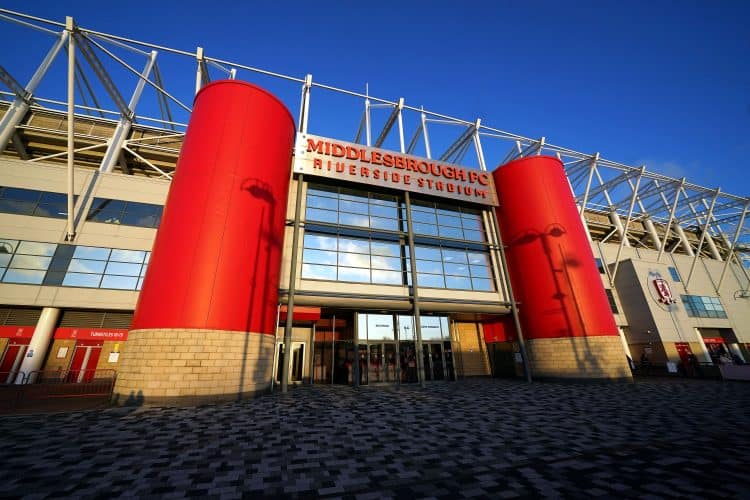 Middlesbrough have hit out at Chelsea’s request to get Saturday’s FA Cup quarter-final at the Riverside played behind closed doors, labelling it “bizarre and without any merit whatsoever”.

The Blues have lobbied the Government hard over relaxations to the strict operating licence put in place after owner Roman Abramovich was sanctioned by Downing Street.

Russian-Israeli billionaire Abramovich must not profit in the UK under the Government sanctions and Chelsea are blocked from selling any more tickets under the terms of their new licence.

And, after talks with the Government failed to yield a softening on that ticket stance, the Blues on Tuesday questioned the “sporting integrity” of the match, should Chelsea fans be barred from attending.

Chelsea Supporters’ Trust revealed it had asked the club to withdraw the request for the game to be played behind closed doors.

Downing Street said the Government sees “no reason” why the match should be played without fans.

Asked about Chelsea’s request, the Prime Minister’s official spokesman said: “That is a matter for the FA in the first instance. We see no reason why that would be necessary, but it will be obviously for the FA to judge on.”

I can’t believe it

‘I can’t believe it,’ Gibson – who has owned his boyhood club for 30 years – told The Times. ‘Sporting integrity and Chelsea do not belong in the same sentence. For 19 years corrupt money has fuelled Chelsea’s success.

‘If they were to beat us in the FA Cup, with no fans there, what would that do to the integrity of the competition? Are they going to play all their Premier League games behind closed doors too? This is pathetic by Chelsea.’

Turning his attention to Chelsea chairman Bruce Buck, Gibson told The Athletic: ‘Where is the intellect of Bruce Buck, the chairman of Chelsea, who has been an apologist for his owner, where the trophies won over 19 years have come from the corrupt money provided by Abramovich?

Middlesbrough also released a statement which struck much the same tone: ‘We are aware of Chelsea’s request to have Saturday’s Emirates FA Cup sixth round tie played behind closed doors and find their suggestion both bizarre and without any merit whatsoever.

‘All concerned are well aware of the reasons Chelsea have been sanctioned and that this has nothing to do with Middlesbrough Football Club.

‘To suggest as result that Middlesbrough and our fans should be penalised is not only grossly unfair but without any foundation.

‘Given the reasons for these sanctions, for Chelsea to seek to invoke sporting “integrity” as reason for the game being played behind closed doors is ironic in the extreme.

‘We currently await formal notification from the FA of the next steps but rest assured Middlesbrough will resist Chelsea’s actions in the strongest terms.’

Related: Watch: Farage accused of ‘colluding’ with Putin during his time in European Parliament