It feels so long since we have seen any football so we went back to the start! 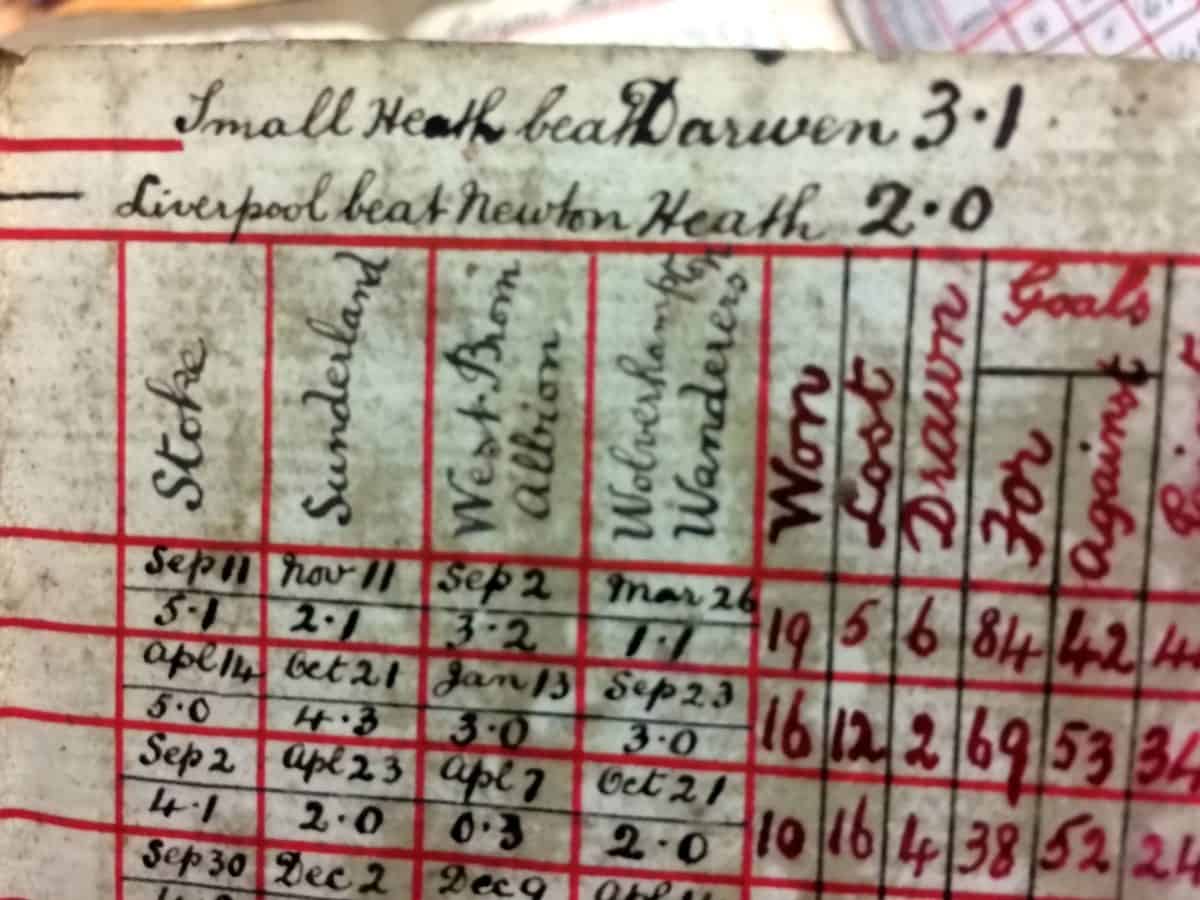 A historic set of scorecards from the first ever season of the Football League over 130 years ago are expected to fetch hundreds of pounds at auction after being unearthed.

The collection of nine cards were all painstakingly handwritten by a dedicated fan when the English Football League was born in 1888-89 – decades before any TV coverage.

The handmade notes feature all of the results between the 12 clubs who founded the division including current Premier League sides Everton, Villa, Wolves and Burnley.

They also record every first and second division fixture from the early seasons of the world’s oldest competition – up until 1897.

Other teams to make an appearance include Newton Heath, now Manchester United, and Darwen FC – the team who became the focus for Netflix hit The English Game.

The cards are now expected to fetch between £300 and £400 when they go under the hammer at Hansons Auctioneers in Etwall, Derbys., on a date to be confirmed.

Owner Charles Hanson said they served as a wonderful reminder of the nation’s long-standing passion for the game at a time when sport is on hold due to coronavirus.

He added: “As a huge football fan myself, I could immediately understand why someone had gone to so much trouble to record the results of every game for years.

“Today, with no games being played, it’s a wonderful reminder of football passions and why sport is so important to us.

“The English Football League was founded in 1888 and it’s the oldest competition of its kind in world football. That’s something we can be proud of.

“The devoted supporter impressed me with their diligence.

“These days when we can find any result on our smart phones in seconds, few people would think to record match stats.

“But some fans still like to do so, carefully noting down the team, subs and scores – by hand in a notebook.

“These scorecards provide an early indication of the devotion, passion and fascination football was set to generate among millions of fans, both in Britain and around the world, in the decades to come.”

He said: “Burton Swifts were stablished in 1871.

“The club joined the Football League in 1892, remaining members until merging with Burton Wanderers to form Burton United in 1901.

“Now Burton is home to Burton Albion, which formed in 1950, but the score cards remind us that the brewing town’s sporting heritage goes back to the early days of the Football League.

“The club was formed in 1878 as Newton Heath LYR Football Club by the Carriage and Wagon department of the Lancashire and Yorkshire Railway depot at Newton Heath.”

Culture Secretary Oliver Dowden says talks are ongoing to get the Premier League “up and running as soon as possible” as top-flight players begin to return to training grounds.

With the country still in lockdown due to the coronavirus pandemic, Dowden’s department is leading discussions on how professional sport can restart should restrictions be eased.

Weekly meetings will now be taking place between medical officials from the major sports governing bodies and representatives of Public Health England. It is understood the Premier League’s medical adviser Mark Gillett and the Football Association’s head of medicine Charlotte Cowie will be among those involved in the Government discussions.

Dowden, speaking at a parliamentary questions session for the Department of Digital, Culture, Media and Sport, said: “I personally have been in talks with the Premier League with a view to getting football up and running as soon as possible in order to support the whole football community.