"Man Utd topping the league for the first time since Alex Ferguson left the club feels strange. We are however, living in strange times and this is most definitely a strange season." 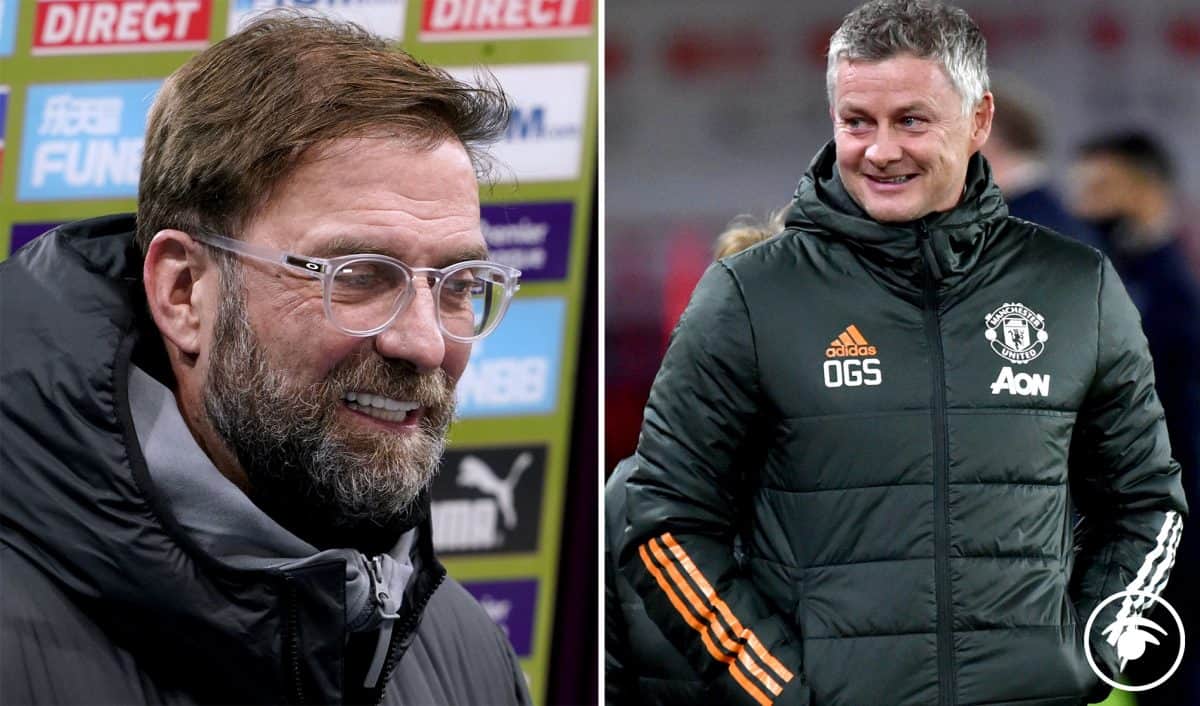 At the start of October, if anyone had said Man Utd would be top of the Premier League by mid-January, they would have been rightly ridiculed. They had just been humiliated, 6-1 at home to Spurs and every former Ferguson player, turned pundit were calling for Manager, Ole Gunnar Solskjaer’s head. Yet, 3 months on, here we are. On Sunday, they travel to Anfield, to play Liverpool, in the most eagerly anticipated North West Derby in years.

Liverpool and United are the most bitter of rivals. They both have fierce rivalries within their own cities, against Everton and Manchester City, but both pale in comparison to this. There is nothing like a two city Derby. A proper tribal occasion that you just don’t get within a one city fixture (although I am sure Romans, North Londoners and Glaswegians would disagree). This is shaping up to be the most explosive and important matchup since the Ferguson/Benitez days.

Man Utd topping the league for the first time since Alex Ferguson left the club feels strange. We are however, living in strange times and this is most definitely a strange season. The lack of fans inside the stadium has thrown up some implausible results, Aston Villa beating champions Liverpool 7-2, a prime example. It means that any team who manage to string a few wins together are classed as title contenders, with the likes of Everton, Leicester and Southampton all up near the top of the table. Arsenal, who 4 games ago, were classed as serious relegation candidates, are now 8 points off the Champions League places. What a mad season it’s been.

As a Newcastle fan, I am no lover of Manchester United. I have only very recently been able to laugh along with rest of country, whilst watching Kevin Keegan’s infamous “I would love it” rant, but I have to admire Solskjaer’s side. He has been consistently and continually written off, ever since he got the job on a full time basis. Pundits claiming that he’d lost the dressing room, or they haven’t got enough heart or that players are refusing to play for him, but he has proved this to be utter rubbish.

Solskjaer’s men are deservedly in first place, topping the form table for the last 5, 10 and 15 games. They have incredible strength in depth, players like Paul Pogba, Edison Cavani and Jonny Van De Beek spending more time on the bench than in the starting 11. Although, with Pogba we are starting to see him play more regularly and have a much more positive influence on games.

On Sunday, they will travel to Merseyside with a chance of moving 6 points clear of their biggest rivals. It won’t be easy but Liverpool haven’t won in 3 Premier League matches and have started to look a little bit shaky. Their main problems are in central defence, with Virgil Van Dijk and Joe Gomez both out for the season and Joel Matip unable to stay fit, they are struggling.  They have been playing adapted holding midfielder, Fabinho at centre half, alongside a rolling rotation of kids, the likes of Rhys Williams, Nat Phillips and Neco Williams. Even captain, Jordan Henderson popped up back there in the defeat to Southampton. Whoever they play at centre back, Man Utd will fancy their chances of scoring at least once.

These two teams sit in first and second place in the Premier League table, so this should be a cracker. With the added knowledge that both teams are a Covid crisis away from oblivion, they shouldn’t be satisfied with a point, which makes the game all the more intriguing. Whoever loses won’t be out of the title race but they will have bragging rights until they meet again in the 4th round of the FA Cup, at the end of the month. The two teams are then scheduled to meet again at Old Trafford on May 1st (and by the way, what a game that will be) which could be the real title decider. So for now, in this game, please don’t park the bus fellas, have a go and keep us neutrals entertained.

Liverpool vs Manchester United is scheduled for a 4:30pm kick-off on Sunday, January 15, 2021.

TV channel: The match will be televised on Sky Sports.

Live stream: Sky Sports subscribers will be able to watch the match online via the website or Sky Go app.