Gunners boss Unai Emery lodged two bids for the Scotland left-back but saw both kicked out by Parkhead chiefs. 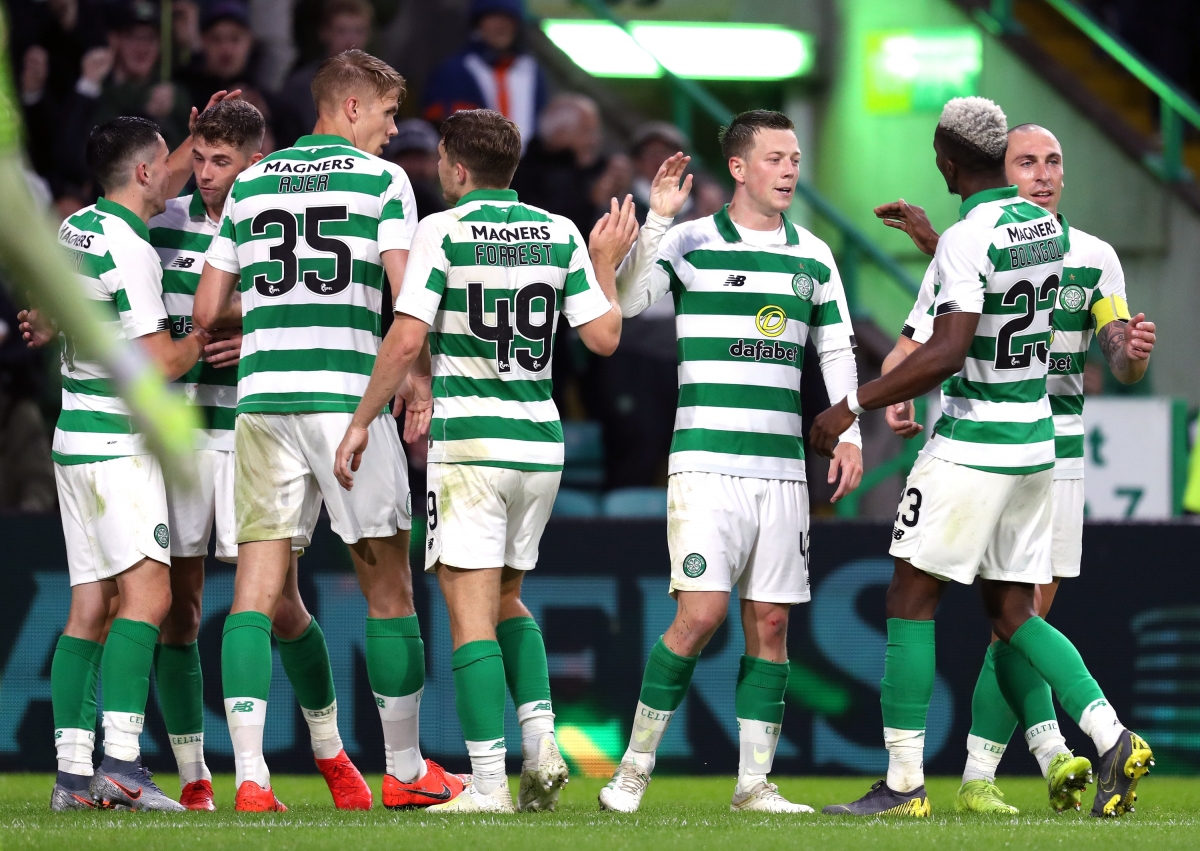 Neil Lennon hopes Celtic have fended off Arsenal’s interest in Kieran Tierney – and warned they are ready to fight off the rest of the defender’s suitors.

Gunners boss Unai Emery lodged two bids – the second which potentially could have reached £25million – for the Scotland left-back but saw both kicked out by Parkhead chiefs.

The Premier League big guns were rumoured to be preparing a third offer but reports say Arsenal are now ready to turn their attention elsewhere.

That would be good news for Lennon, who is desperate to keep hold of his star left-back.

But with Napoli understood to also be interested in Tierney, the Hoops boss has made it clear it is his club who will hold the whip hand in negotiations.

Lennon said: “It’s as you were really. I’ve had no information other than there were two bids that came in from Arsenal that were rejected.

“We’re in a good position. We have got no intentions of selling, he’s on a long-term contract and we want him to progress with us.

“Our valuation of Kieran wasn’t met and it’s as simple as that.

“You will see other transfers not going through because valuations haven’t been met. It’s not a case of Arsenal being disrespectful.

“They put a bid in that they valued the player at. They came back again and obviously see Kieran as a very good player as we do.

“But on a long-term contract, we’re in a very strong position when it comes to Kieran.”

Tierney could soon be joined in the Parkhead dressing room by Hapoel Be’er Sheva defender Hatem Abd Elhamed but there will be no place for Danny Simpson after the Hoops cancelled the former Leicester right-back’s proposed trial stint.

“A fee has been agreed for Hatem,” said Lennon. “Hopefully it goes through soon. It’s subject to a work permit, visa application and medical and that’s on-going at the minute.

“He’s strong defensively, comfortable on the ball and is very quick.

“I think we’re getting a good player who’s hungry and even though people look at his age, he’s fresh 28. We’ve been very impressed with what we’ve seen from him.

“On Danny, we were down the line with Hatem and one or two other options so we just felt it would be futile to bring Danny in if he sees us bringing in other players in his specialised position.”

And Lennon hopes he could have at least a few more new signings ready for the next round of the Champions League qualifiers – if his side can see off Wednesday’s opponents Nomme Kalju of Estonia.

Asked how near he was to completing his squad, he said: “There’s a bit of work to do yet. There’s no question of that. ‘Nowhere near’ is the simple answer.

“We hope to get it done as soon as possible. It’s always great if you can but sometimes that’s not always the case.

“It doesn’t look like we’ll get any fresh bodies in for this round but hopefully if we can negotiate this tie, we’ll have a couple more in the building by the time the third round comes along.”

New £7million recruit Christopher Jullien could feature at some stage against Kalju while Mikey Johnston (thigh) has returned to training. Vakoun Bayo (hamstring) and Marian Shved (groin) are short on fitness and so will join Tierney, Tom Rogic and Daniel Arzani (both knee) in the stands.

‘Anybody who is suffering, open up & speak to someone’ Celtic striker opens up on his battle with depression click here