Liverpool are so close to the title and are determined to hold their nerve. 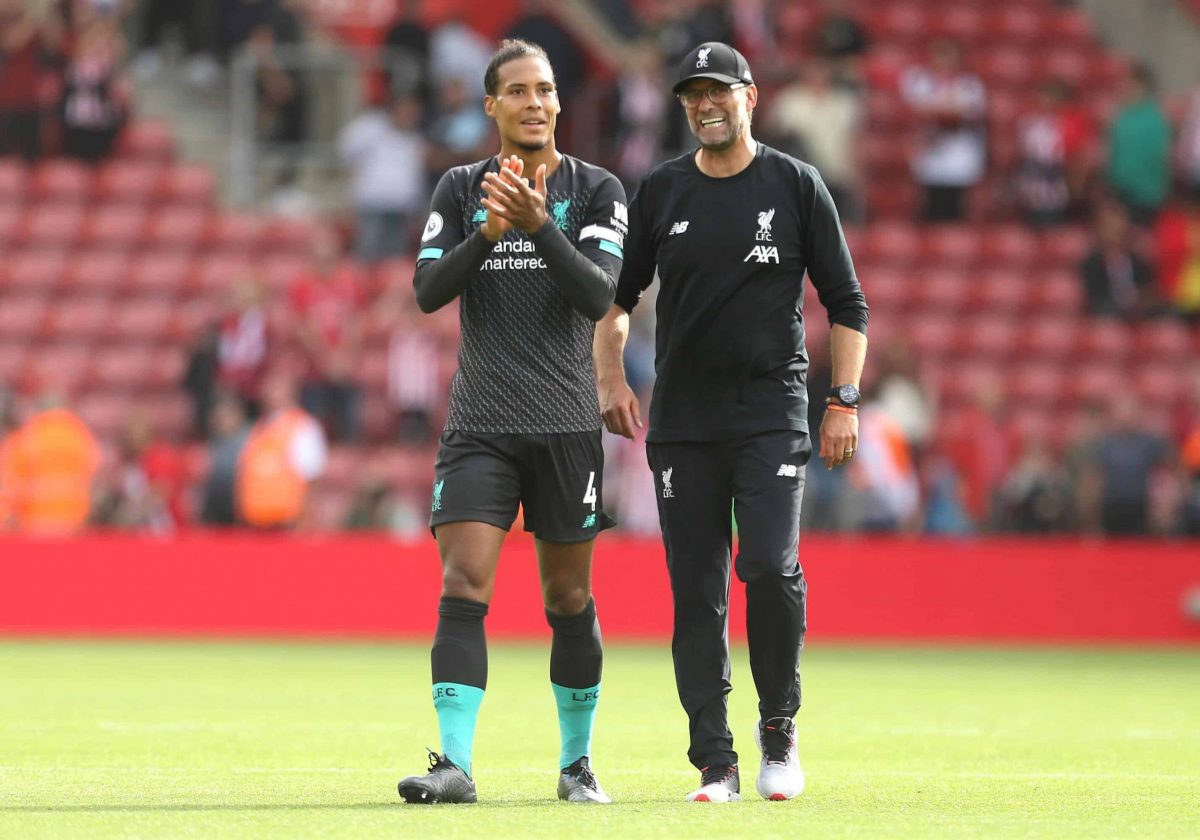 Last night Liverpool came from behind to beat a struggling West Ham side, who played well above their current league placing. The reds kept their nerve and battled back to win 3-2. They have now won 26 of their 27 league games, registering one draw.

Star defender Virgil Van Dijk is sure the team will hold their nerve as the season moves towards the final section. Van Dijk said: “Not being nervous, that is the main thing.”

“Keep going and keep playing and keep pressing. There will be moments when the opponent is going to have problems if we keep doing the same thing.

“They (West Ham) were a little bit better in the second half than the beginning, they played quite well but I think not being nervous is the main thing.”

Van Dijk even conceded he made a mistake, something that has been rarely seen this season.

“We can’t keep clean sheets every night,” added Van Dijk. “The first (for West Ham) was a set-piece: we should look at it but they are good at set-pieces.

“The second goal I should maybe have got a bit tighter (to goalscorer Pablo Fornals) but at the end of the day it is about getting the result.

“We all want the clean sheet, we all want eight goals, that is what every footballer wants but in reality sometimes you have difficult nights.

“We had a difficult night but we kept our cool and that is the main thing.”

Liverpool’s 18-match winning run in focus as they match Premier League record, set by Man City in late 2017. It was a record-equalling night for Liverpool as a 21st successive league victory at Anfield matched the Reds’ own top-flight record, set between January and December 197 2.

They need just four more wins to clinch the title, which the fans have waited so long for.

Another record was equalled on the night as Trent Alexander-Arnold matched last season’s Premier League landmark of 12 assists from a defender having supplied the crosses for Georginio Wijnaldum’s opener and Sadio Mane’s winner.

When discussing the amazing run, Klopp was full of praise, he said: “It’s so special, the numbers are incredible, so difficult. We said it a couple of times, we spoke about wonderful games, brilliant games, we spoke about hard games, difficult games,” he added.

“You can only have the number of wins you have if you win all of these games: the difficult ones, the easy ones – if there ever was one – the brilliant ones and the rougher, more grumpy ones.

“In the end, that’s what counts. We all know it’s very special, but in the moment we are really just in the situation and want to recover and prepare for the next one.”