The Hoops begin another Ladbrokes Premiership defence on Saturday at home to St Johnstone. 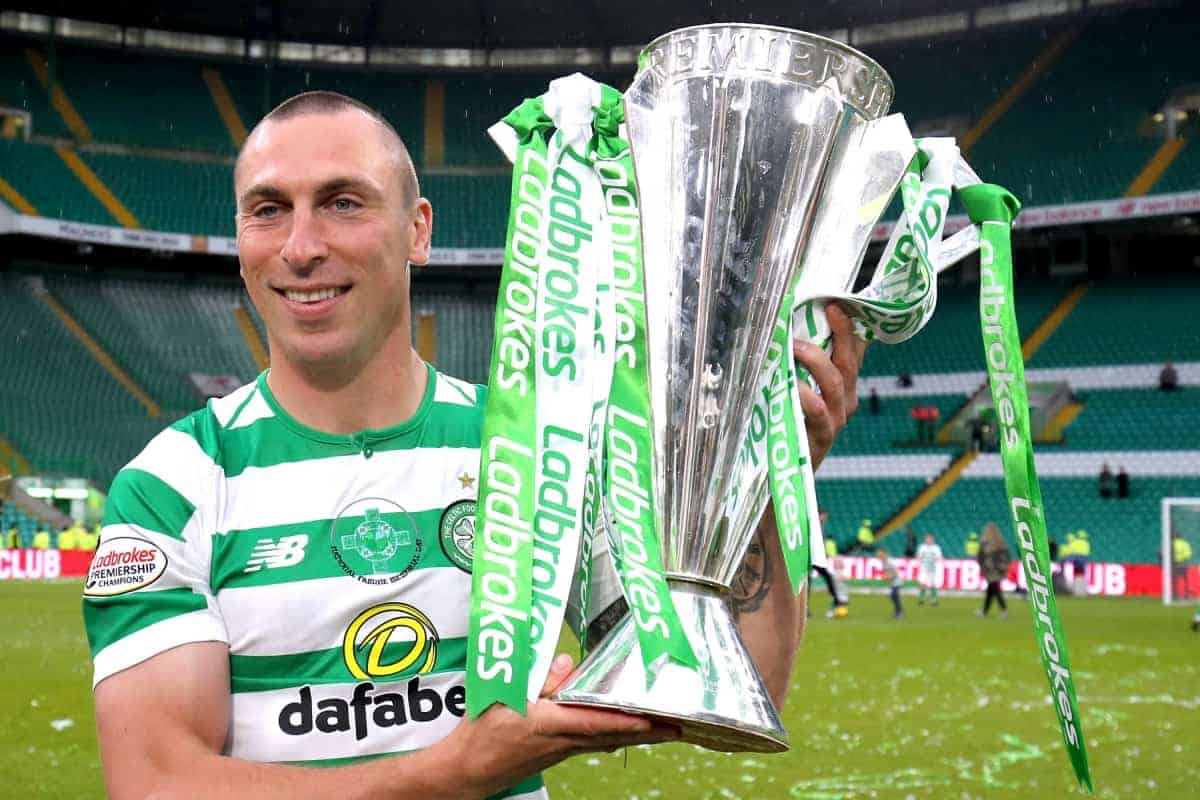 And the Hoops skipper insists he is focusing on his own squad rather than worrying about the state of the opposition.

Celtic begin another Ladbrokes Premiership defence on Saturday at home to St Johnstone with the stakes even higher. Their fans have long set their sights on 10-in-a-row, which would break the record set by Jock Stein’s Celtic side and equalled by Walter Smith’s Rangers.

Their city rivals are desperate to stop them and Steven Gerrard appears to have strengthened his squad.

But Brown is not feeling any added heat.

“There’s pressure always, no matter who we play, what competition it is – cup comps, league games – it’s that pressure we all thrive off,” the 34-year-old said.

“People expect us to win, we need to go out there and show them we are the best in the Scottish Premiership. We have done that over the last eight seasons and we need to make sure we try and do that again this season.”

Celtic have won the league by nine points in each of the last two seasons, ahead of Aberdeen and then Rangers.

When asked if he expects a stronger challenge this time, Brown said: “I just look at our squad to be perfectly honest. I try not to worry about everyone else’s squad. It’s hard trying to deal with a dressing room of 25-30 people no matter about worrying about everyone else.

“For me it’s about who is in this dressing room and how we turn up weekly. We have a great bunch of lads and we need to make sure that we’ve got good camaraderie on the park as well as in the changing room.

“We have managed to go the last eight seasons which is fantastic for us and we need to push this season the exact same. We will be pushed very, very hard again all the way through but we have the players and a manager who has belief in us as well that we can go and do it.

“There’s always going to be a strong challenge. Rangers, Aberdeen, Hibs and Hearts, they always push us all the way. It’s going to be hard this season as it is every other season but we are looking forward to that challenge.

“Our main aim just now is to start the league well and try to get Champions League as well.”

But the transfer story which has dominated recent weeks is Arsenal’s interest in Kieran Tierney with the Gunners have failing with two offers for the left-back.

Brown feels the speculation will linger for as long as Tierney remains at Parkhead.

“He’s been a phenomenal player for us in the five past seasons and we’ll just wait and see what happens but here’s hoping he stays. As it stands now he’s a Celtic player and I would love him to stay because of what he has done in the past five seasons.”