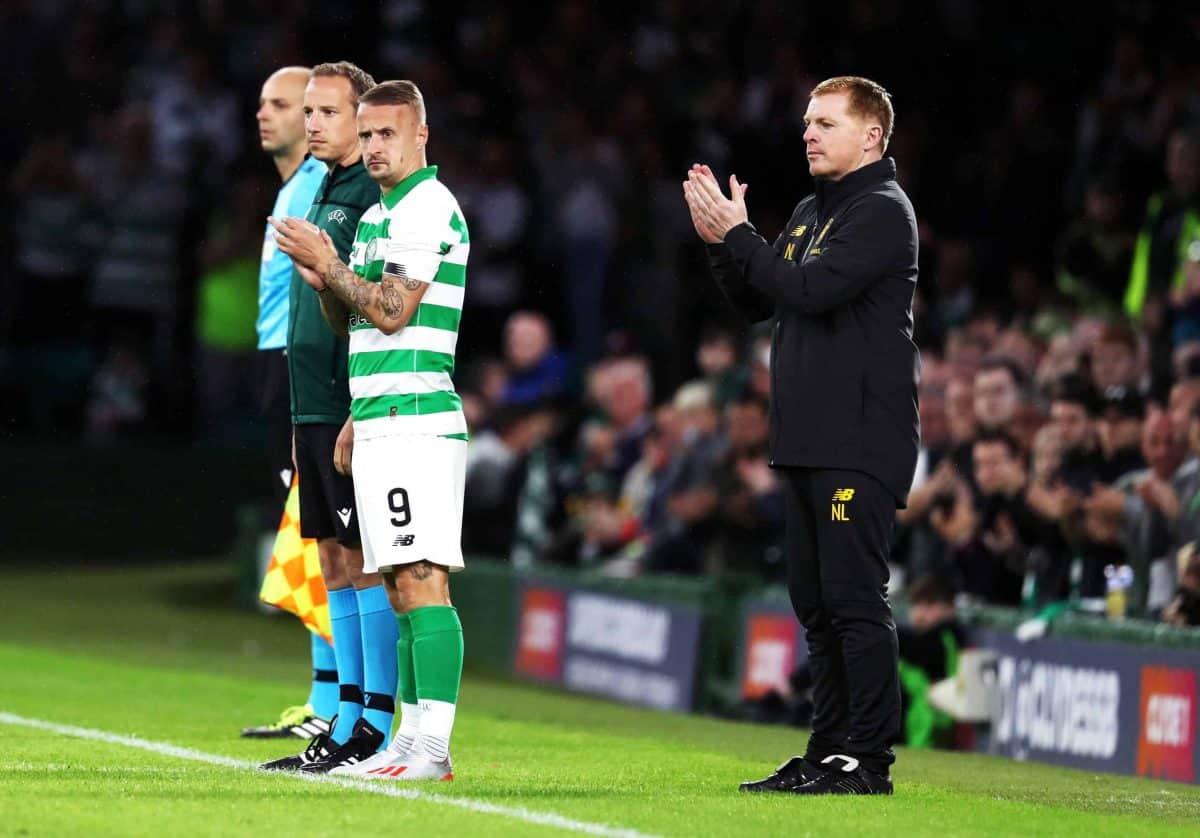 Celtic boss Neil Lennon has launched a staunch defence of his under-fire team as he claims criticism aimed at the side has bordered on “hysteria”.

Critics have rounded on the Lennon and his team since they were dumped out of the Champions League by Romanians Cluj last week, in a tie they were expected to win.

Leigh Griffiths who came off the bench during the home defeat by Cluj, said: “The fans are more hurt than we are and rightly so, they pay good money to come and watch and expect us to get to the Champions League.

“It is very difficult to get there but the fans’ expectations of us have grown over the past couple of seasons.

“I don’t think they will be happy. Am I expecting a sell-out crowd? No. But they are entitled to show their frustration and it’s up to us to go and put on performances again to put bums back on seats.”

The flak intensified after it took extra-time and a deflected James Forrest strike to see off Championship side Dunfermline in the Betfred Cup on Saturday.

Celtic manager Neil Lennon told his players he was “really proud” of them after their extra-time victory over Dunfermline.

Lennon, whose side hit the target with 11 of their 36 shots, said: “I’m delighted. We dominated the game. I think Dunfermline scored with their one attempt on goal and that happens in cup football.

“I am really proud of the players because they had to show a lot of character.

“I know some of them weren’t at their best but that’s totally understandable. I have been in that situation myself after a Champions League game, you can be a bit leggy and a bit fatigued.

“We didn’t deserve the game to go to extra-time and then we showed a lot of character to go on and win the game.

“You have to give Dunfermline a lot of credit, they defended brilliantly and came with a game plan. We didn’t cut them open as much as we’d like but when you have a block of 10 in front of you…”

However, the Celtic manager has hit out at those rushing to write his team off and believes his side can restore their European prestige by fighting past AIK Stockholm to reach the Europa League group stages. Rangers take on Legia Warsaw in the Europa League play-off round on Thursday.

Ahead of hosting the Swedes on Thursday, the Northern Irishman called for calm, saying: “It’s not me that is creating the headlines or shouting out the criticism.

“I’m very supportive of the players and was after Cluj and Dunfermline. We’ve lost one game – I didn’t believe we deserved to and that’s the harsh realities of the game.

“We’re fine. We’re absolutely fine. It’s like everyone out there is head down. We’re not. We’re bullish and looking forward to the games.

“There has to be a sense of perspective.

“I can’t control that but there has been a little bit of hysteria at times. That is the environment you’re in in Glasgow sometimes.

“We’ve lost one game and scored three goals in it, so it’s not all doom and gloom.

“We have to be bullish about things and look forward. It’s a big disappointment to be out of the Champions League but the Europa League is a very good competition that hopefully we can prosper in.

“There’s a narrative going around that we might be a little bit off colour. We’re not.

“We’re absolutely not and hopefully the players can go out and show that tomorrow.

“We have a big season ahead. We’re two league games in and have scored 12 goals.

“People are entitled to criticise me and the players but there has to be a sense of balance.”

Celtic have made the group stage of the Champions League or the Europa League every season since 2011 and Lennon believes it is vital his side maintain that record.

Lennon, who is still hoping to add three or four new faces to his squad before the September 2 transfer deadline, added: “Obviously the players want to show they have some European pedigree.

“It’s important we get through. It gives us gravitas, opens the season up and gives us European football to look forward to towards Christmas, so it’s an important couple of games.”

Lennon has some useful contacts in Sweden but admits his former Parkhead number two Johan Mjallby may not be willing to divulge too much about his side’s opponents.

“I’ll speak to Johan before the game but he’s an AIK legend as well as a Celtic legend, so he may have divided loyalties,” he grinned.

“He’s a very good friend of mine and my number two for four years during my first spell. He’s coming to the game I believe so it will be good to see him.

“It will be a tough game. Swedes have a great mentality. It’s vitally important that we start better than we did against Cluj.

“We’ve had a good look at AIK. We watched them last week and had some thorough reports on them. We’re prepared and ready to go.”