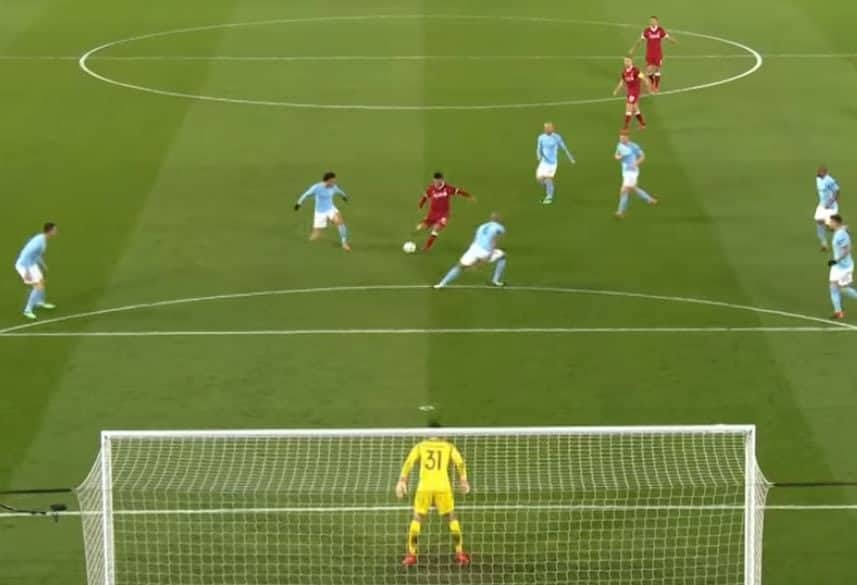 One of the most complete performances across 45 minutes left the Premier League champions-in-waiting bereft of ideas how to stop the unstoppable red tide sweeping across their defensive line.

Liverpool take the three goal advantage forward, where a place in the Champions League semi finalswill be awarded to the victor tonight.

This game however will have much more riding on it than merely a place in the next stage of the competition, a position that Manchester City and Liverpool haven’t been in for 2 and 10 years respectably. This match could very much influence the decision on who Gareth Southgate hands a golden ticket to for the plane to Russia in the summer.

Six players from the most recent England squad were on display on Wednesday night, with the men in red displaying a big game mentality which has been greatly lacking from the England team in recent years.

The Liverpool midfield trio slotted together with ease, dominating the centre of the park and raising the question of their viability in the same capacity for the national side. The youthful Trent Alexander-Arnold shone in his position on the right side of the back four, keeping the ever-dangerous Leeroy Sané as the picture of frustration out on the flank.

The same however cannot be said for their counter parts, who did not give a good account of themselves. Kyle Walker did not fair well against the pacey Sadio Mané, who kept him pinned back
on defensive duty for vast periods of the game, preventing him from completing his trademark marauding runs up the right touchline.

This combined with the baffling decision to leave Raheem
Sterling on the bench, gave limited learning opportunities for the national manager who was doubtlessly watching with a keen eye.

The recent calls for the national team to display the attacking flair of the Premier Leagues top teams, notably Manchester City, Liverpool and Tottenham, must indicate that Southgate will be looking towards these teams for the core of his squad.

While the inclusion of the Manchester City contingent is all but certain, the link up play of the England national heavy Liverpool and Tottenham squads could prove to be the dominant factor in the starting XI to face Tunisia in June.

This point was typified in the creation of Alex Oxlade-Chamberlain’s goal on Wednesday where link up between England’s recent captain Henderson and James Milner opened the door for the wonder strike.

This quick passing, forward moving style, in combination with the talents of players like Tottenham’s Dele Alli, would create a potent combination that has been painstakingly missing in the England side.

The clashing styles of the two managerial philosophies will dictate the proceeding come the second leg, and could have a substantial impact on the players vying for a spot in the national squad’s ability to express themselves.

If Liverpool again put in a domineering performance and rise to the occasion, Southgate will genuinely have to consider all of the midfield options, including the still absent Adam
Lallana.

However if Guardiola unleashes the combination of Sterling and Walker down the right to goodeffect then that could well tip the balance and lead to the pair holding a starting berth for the
opening game at the world cup.

Which ever way the action unfolds, some of the England squad could be booking their seats to Russia at the Ethiad on Wednesday night.