Could he be crowned the best player at this evening's Ballon d’Or ceremony? 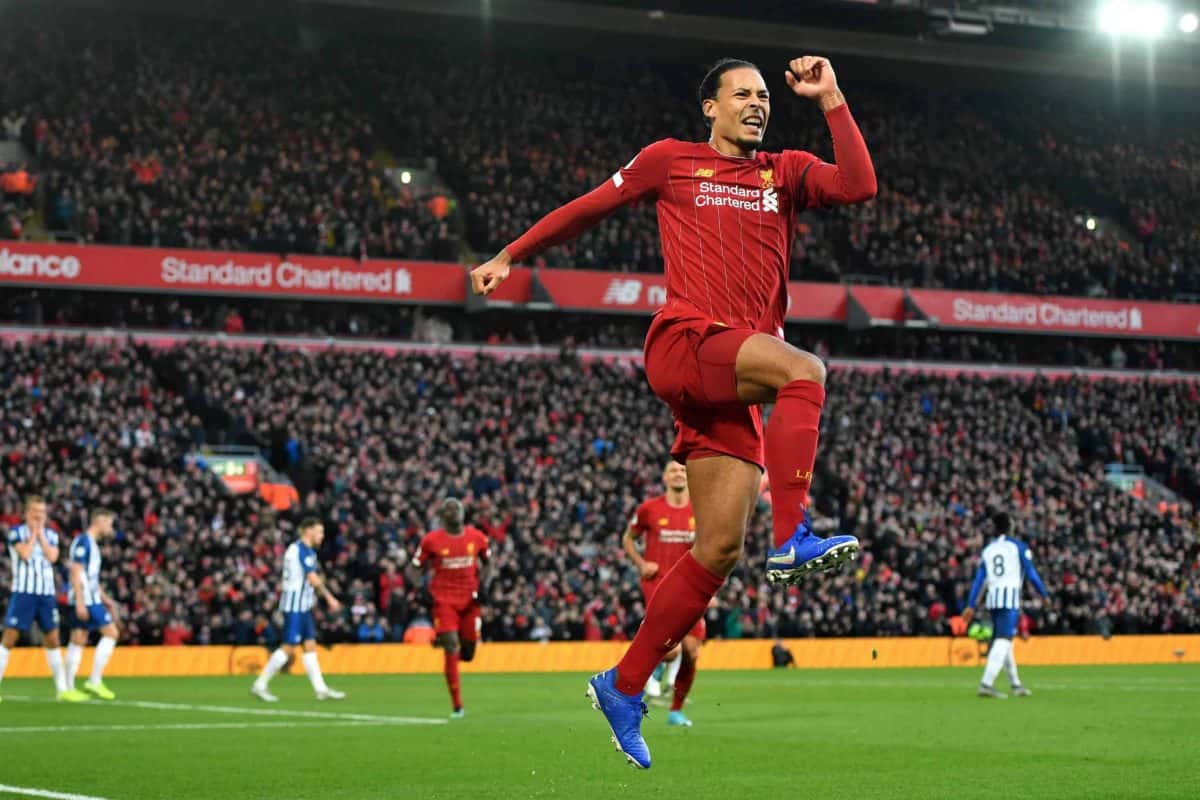 Virgil Van Dijk already feels like a winner after being nominated for this year’s Ballon d’Or.

The winner of the prestigious award for the world’s best player will be announced at a glittering ceremony in Paris today. ]

Barcelona and Argentina forward Lionel Messi is favourite to take the prize for a record sixth time but inspirational Liverpool defender Van Dijk is expected to provide strong competition.

Van Dijk, 28, said: “I am going to have a look at what it is about. I am going to be there for a reason and there are no losers on the evening.

“I am very proud to be in that bracket, to be in there for the way I performed with the team last year and also with the country.

“It is just something to be proud of because not a lot of players go there and are up for these kind of things.”

On Saturday Van Dijk scored two in a tough win over Brighton, a fantastic contribution from a centre-back, and keeps Liverpool firmly at the top of the table. Manchester City only managed a point against Newcastle United in the early Saturday kick off.

On his performance manager Klopp said: “He scored two goals – that’s the story itself. He’s good, really good, outstandingly good – but he has to be (because) he’s a very talented boy. He just has to use that talent and it would be a shame if he doesn’t.

“So yes, he’s incredibly important but if Virgil played the last line alone it would be pretty difficult.

“I think Dejan Lovren, who maybe doesn’t get the headlines like this, with what he’s playing, he has all my respect.

“We had to replace Fabinho, which is a tough one. Hendo (Jordan Henderson) played a sensational game in that position together with Gini (Wijnaldum) and Ox (Alex Oxlade-Chamberlain).

“It was a really good performance but we had to work really hard. And what I liked most, is that the boys were ready to do that. They didn’t think, ‘Brighton is coming, they have 15 points, so they cannot be that good’”.

When will it start?

It will take place at the Theatre du Chatelet in Paris.

The awards bash will not be available to watch on television in the United Kingdom.

Which players have been nominated?