Within the Premier League, meanwhile, the proposals will have certainly raised mistrust amongst other PL clubs towards Liverpool and Manchester United in particular. 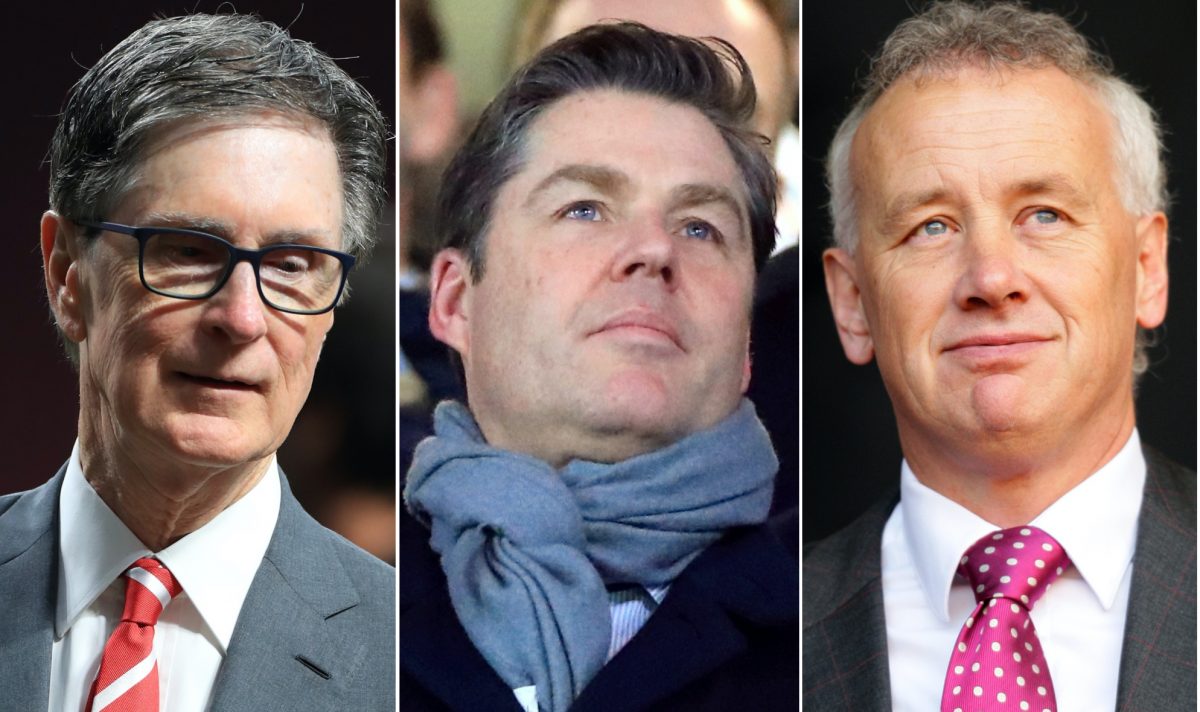 Project Big Picture is no more it seems. The Premier League clubs have ‘unanimously agreed’ that it will not be ‘endorsed or pursued,’ while the Premier League itself has vowed to continue searching for a financial rescue package for EFL clubs, most pressingly for those in the Championship. The question is though, have we seen the last of what fairly quickly became known as PBP?

Ever since the plans were mysteriously leaked on Sunday, right in the middle of delicate negotiations to offer financial support for the EFL clubs, reaction has been mixed. The vast majority of league clubs were very much in favour, reasoning that the sums on offer (£250 million across the leagues) meant that ‘beggars can’t be choosers’ in the words of one club official, and welcoming the long overdue rethink over the distribution of TV (and other) income. Liverpool and Manchester United, as co-proposers of the plan were obviously also in favour, while the other members of the so-called Big Six were said to be open but non-committal. It was the remaining 14 Premier League clubs who were the most against the plans, West Ham being particularly vocal, along with (deep breath) the Premier League itself, the FA, the UK government, the Football Supporters Association, who called the scheme ‘a sugar-coated cyanide pill,’ other fans groups, journalists from both ends of the political spectrum, economists, Uncle Tom Cobbleigh and all.

Was PBP all bad though? A cursory glance at the suggestions reveal some overtly positive steps. The immediate financial help is exactly what the EFL has been begging for, and in the short term, the money would cover the loss of match-day and sponsorship income over the course of this season. The promise that 25% of all combined Premier League and EFL incomes (including the lucrative PL TV deal) would go to EFL clubs would go some way to reducing the enormous financial gulf between the Premier League and everyone else. Further funds would go elsewhere in the football pyramid (a massively inaccurate mathematical analogy) – £100 million for the FA, and targeted financial support for grassroots football, and stadium infrastructure.

Then there are wider suggestions, that on the face of it make sense. Women’s football would be run independently of the FA, with all decisions made solely for the benefit of the women’s game. There would be an agreement that either 3,000 or 8% of a stadium’s capacity should be for away fans, with subsidies for travel to away games, and an upper limit of £20 for an away ticket. Progressive moves, that are not to be sniffed at.

The phrase beware a wolf in sheep’s clothing comes to mind. The wolves in this particular case don’t wear gold and play at Molineux, but wear well-cut expensive suits and play the market. Why on earth would billionaire owners John W Henry of Liverpool and the Glazer family at Manchester United be willing to offer the measures above?

Not out of the goodness of their hearts, surely? Rick Parry, the EFL chairman was at pains to point out that John W Henry had familiarised himself with the history of the Premier League, and is aware of how the grievances between the PL and the rest of football have grown, but can we really believe that he wants to altruistically right previous wrongs?

Sure enough, there was a section all about voting rights. English football as a whole may not be particularly democratic, but the Premier League, as per its original agreement, definitely is. Basic TV money is shared equally, and there is a one club one vote system that has applied since 1992, with 14/20 clubs having to agree for a vote to be passed. PBP obviously thinks that the bigger clubs, with more Premier League experience, should have more say in the direction of the league, with a core of the nine longest-serving member clubs having ‘special voting rights,’ and only six of them having to agree to a proposal for it to be voted through. This in practical terms means that if the current Big Six agree on something, then there’s nothing anyone else can do.

Little wonder that most PL teams are a bit narked, to put it mildly. By agreeing to this proposal, they would effectively be waiving any right to have a say in the future of the top-flight. Another suggestion is that each club will be able to sell international streaming rights to eight home games per season, via their own digital channels. Therefore, the bigger clubs with a larger worldwide following will be able to rake it in on these games, further widening the financial gap between the top six and the rest. With voting rights concentrated into the hands of very few, who is to say that soon more will be able to be streamed live at a price, or that the Premier League have decided that in actual fact it doesn’t want to share quite as much of its income with the EFL, thank you very much.

Most pertinently, perhaps, there are the mooted changes to the domestic schedule. PBP wants to reduce the number of teams in the league to 18, and abolish the League Cup and Community Shield. Those suggestions are, in themselves, not outrageous, although it would probably mean two EFL teams dropping out of the league. However, one of the stipulations is that there are no midweek PL fixtures, leaving the midweek open for European competition. In 2024 the format of the Champions League and the Europa League are open to rejigging, with some thinking that this is the point at which a breakaway European Super League might start to form. Who is to say that the Big Six, scenting the opportunity for even more lucrative high-stakes matches, won’t vote to leave the league altogether?

There is a strong argument for just letting that happen, and allowing the continent’s top clubs to wallow together in a self-fellating mass of money and smugness, that eventually eats itself, but that’s perhaps for another day. The central point is that if PBP had been allowed to happen in its current form, then the vast gap between the wealthiest and the rest would have continued to grow at an even more alarming rate.

This certainly isn’t over. An offer from the Premier League of £50 million to League One and League Two clubs, in the form of grants and loans has been rejected, as it excludes the Championship, and the EFL is ’72 clubs, not 48.’ Peter Ridsdale, now advisor to the board at Preston, has warned that ‘at least half a dozen [Championship clubs]…may well fold or go into administration’ by Christmas. The Premier League has stated that it remains committed to finding a solution, but there appears to be an ever-growing pool of bad blood between the PL and the EFL, and it must be said that, while there are obvious benefits for Premier League clubs to there being a healthy, thriving league beneath, they are under no obligation to offer any financial support at all. Although not doing so would be a PR disaster given the growing gulf between the haves and the have-nots in all walks of life, not just football.

Within the Premier League, meanwhile, the proposals will have certainly raised mistrust amongst other PL clubs towards Liverpool and Manchester United in particular. The desire for more influence is clearly there, and it would not be a surprise to see similar attempted power grabs, in subtly different forms, over the next couple of years. A group, including Gary Neville and Lord Mervyn King, have called for independent regulation of English football, issuing a manifesto entitled ‘Saving Our Beautiful Game.’ It looks like they will have their work cut out.