Accies hitman Oakely has fond memories of watching the evergreen former Scotland, Rangers and Celtic ace as a teenager. 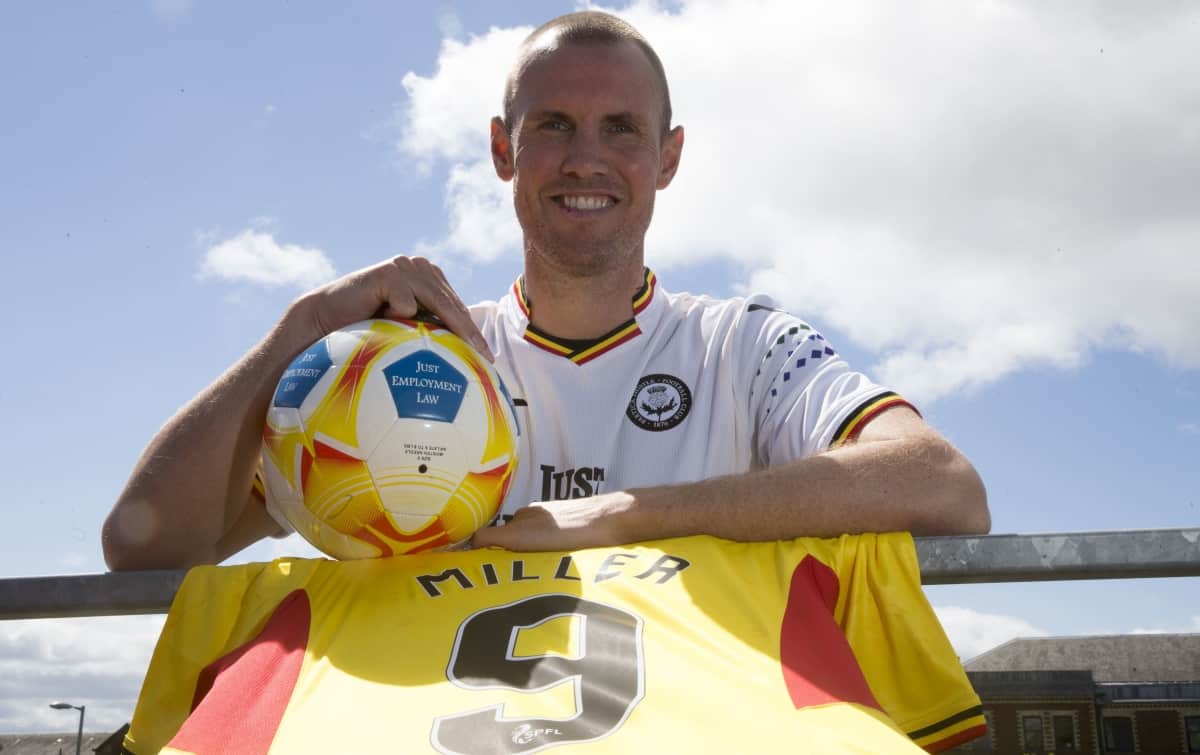 Hamilton striker George Oakley admits he is stunned to see Kenny Miller still kicking a ball for a living at the age of 39.

Accies hitman Oakely has fond memories of watching the evergreen former Scotland, Rangers and Celtic ace as a teenager – but thought he would have hung his boots up by now.

However, Miller is still going strong and Oakley will now get the chance to see how he operates up close when Brian Rice’s side welcome the ex-Wolves, Derby and Cardiff forward and his new Partick Thistle side to the FOYS Stadium for Saturday’s Betfred Cup clash.

And Oakley, 23, reckons the experience of watching how the savvy veteran makes room for himself will be the perfect lesson in how to defy the ageing process.

The former AFC Wimbledon and Inverness frontman told PA: “I was watching Kenny Miller play when I was 13 or 14 and it seemed like he was already at the veteran stage back then.

“I remember him from his Rangers days and also playing for Wolves down in England so I can’t believe he’s still going all these years later.

“But credit to him. He’s 39 and still going strong. Touch wood hopefully I’m still playing when I’m 39 too.

“He’s still a good forward despite his age. You don’t lose that ability overnight and he’s got that intelligence to his game that has allowed him to carry on for so long.

“As you get older, everyone knows you might lose that bit of pace but if you’re mentally sharp that is as good as a couple of yards and Kenny obviously has that.

“It will be a good experience to play against someone like him because he is vastly experienced himself with all he’s done in his career.

“I can still learn from watching how he operates so I’m looking forward to seeing him up close.”

Thistle are two points ahead of Accies after two Group F fixtures and this weekend’s showdown could decide which team claims an automatic qualification slot for the knock-out stages.

Oakley added: “I don’t know too much about Partick. I know they’re a big club in Scotland and probably shouldn’t have finished where they did last year.

“But it can be heard to rebuild after being relegated.

“Looking at some of the names they have got though, it looks like they should do better this year so it should be a good test for us on Saturday.”