Uruguayan footballer Diego Forlan who won the Golden Ball award at the 2010 World Cup has officially announced his retirement. 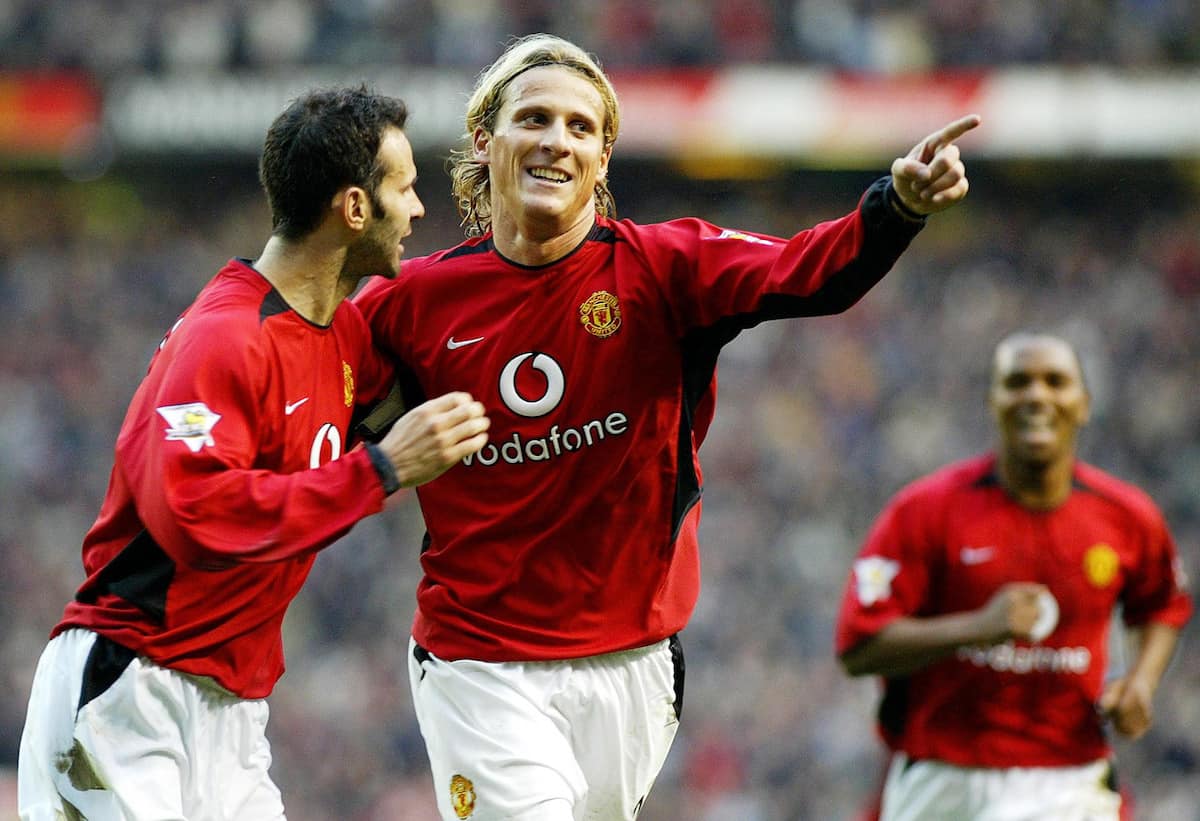 Manchester United's Diego Forlan celebrates with team-mate Ryan Giggs (left) after scoring against Portsmouth during the Barclaycard Premiership match at Old Trafford, THIS PICTURE CAN ONLY BE USED WITHIN THE CONTEXT OF AN EDITORIAL FEATURE. NO WEBSITE/INTERNET USE UNLESS SITE IS REGISTERED WITH FOOTBALL ASSOCIATION PREMIER LEAGUE.

The 40-year-old, who also played for Villarreal, Atletico Madrid and Inter Milan, revealed his decision on Twitter.

He wrote: “After 21 years I made the decision to end my career as a professional footballer.

“A beautiful stage closes full of great memories and emotions but another of new challenges will begin.

“Thanks to all who in one way or another accompanied me on this path!”

Forlan moved to Manchester United from Argentine side Independiente for £6.9million in January 2002.

He had to wait until September to score his first goal, and went on to find the net 17 times in 98 appearances.

Although his time at Old Trafford was not exactly a roaring success, Forlan became a prolific goalscorer in LaLiga for both Villareal and Atletico.

He also scored 36 goals in 112 games for Uruguay, helping them to the Copa America title in 2011.

Forlan won the Golden Ball award for the best player at the 2010 World Cup – where Uruguay reached the semi-finals.

He wound down his career with boyhood club Penarol, Mumbai City and most recently Kitchee in Hong Kong.