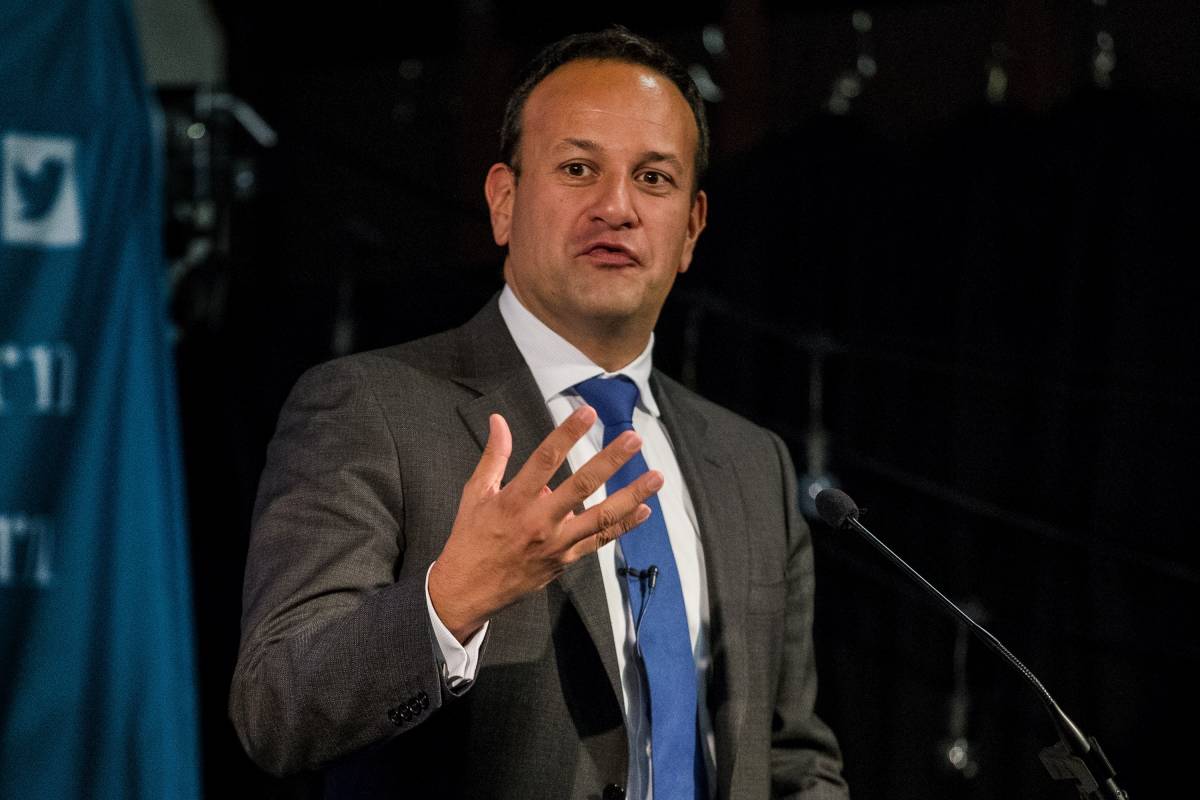 He said if no deal happens ‘it will be as a consequence of decisions made in London’.

The Irish premier has said the UK Government should drop its Brexit “red lines” if it wants to reopen the Withdrawal Agreement.

Taoiseach Leo Varadkar said the current deal, negotiated by Theresa May’s Government, was arrived at because of the British negotiating position.

It comes as the Irish finance minister Paschal Donohoe said a Brexit deal that sees the UK enter into a transition agreement with the EU while a future relationship is negotiated “is still possible”.

In an interview with the i newspaper in Belfast, Mr Varadkar said: “We ended up with the Withdrawal Agreement and the backstop because of all the red lines that were drawn up by the British Government.

“Now if we’re going back to square one and those red lines are being changed, then we’ve something to talk about.”

Mr Varadkar said if no deal happens “it will be as a consequence of decisions made in London”.

He added that he was open to talks with Prime Minister Boris Johnson as he believed there had been some suggestion the Withdrawal Agreement was an “invention” of the Dublin government or had been imposed by the European Union.

“That’s not the case,” he said. “There’s an attempt to make out that it’s undemocratic too but it’s been agreed by 28 governments, including the UK Government, and the European Parliament, all of which followed democratic procedures.”

Earlier, Mr Donohoe said while a deal was “still possible”, the prospect of no deal had increased.

He was in London as he met Chancellor Sajid Javid to discuss the UK Government’s latest plans for exiting the EU.

Speaking to the BBC’s Newsnight programme, he said a deal could be done.

He added: “I believe it is still possible that we could see agreements in which Britain enters into a transition agreement in advance of them finally departing before the European Union.

“But as I stand now, I’d have to be equally clear in saying that I do believe that the prospect of a no-deal Brexit has grown.

“I believe that a no-deal Brexit and the United Kingdom leaving the European Union without a deal is a very credible and material risk now.”

Mr Donohoe said the appointment of Mr Johnson as Prime Minister had “added a new dynamic” to Brexit talks.

“And I believe that has added a new dynamic into where we are in Brexit.

“But in acknowledging that there is a new dynamic, I am also crystal clear that the views of the Irish government and the views of Ireland in relation to the backstop, the Withdrawal Agreement and our future in the European Union, which have been affirmed again and again, that would not be changing.”

Speaking to journalists at the Irish embassy after his meeting with Mr Javid, Mr Donohoe warned the relationship between the UK and Ireland would “fundamentally change” in the event of a no-deal Brexit.

Earlier in the day, Michael Gove accused the EU of refusing to engage in negotiations on a new Brexit deal.

“We will put all our energy into making sure that we can secure that good deal but at the moment it is the EU that seems to be saying they are not interested,” he said.

“They are simply saying ‘No, we don’t want to talk’. I think that is wrong and sad.”

On Tuesday evening, at a political discussion in Belfast, Mr Varadkar said calls by Sinn Fein for a border poll in the event of a no-deal Brexit were “divisive”.

He added: “I think it would result in some of the mistakes made 100 years ago, when partition happened, being repeated but just the other way around – a huge number of people, those from a unionist, British, Ulster background, being brought into a united Ireland against their will.”