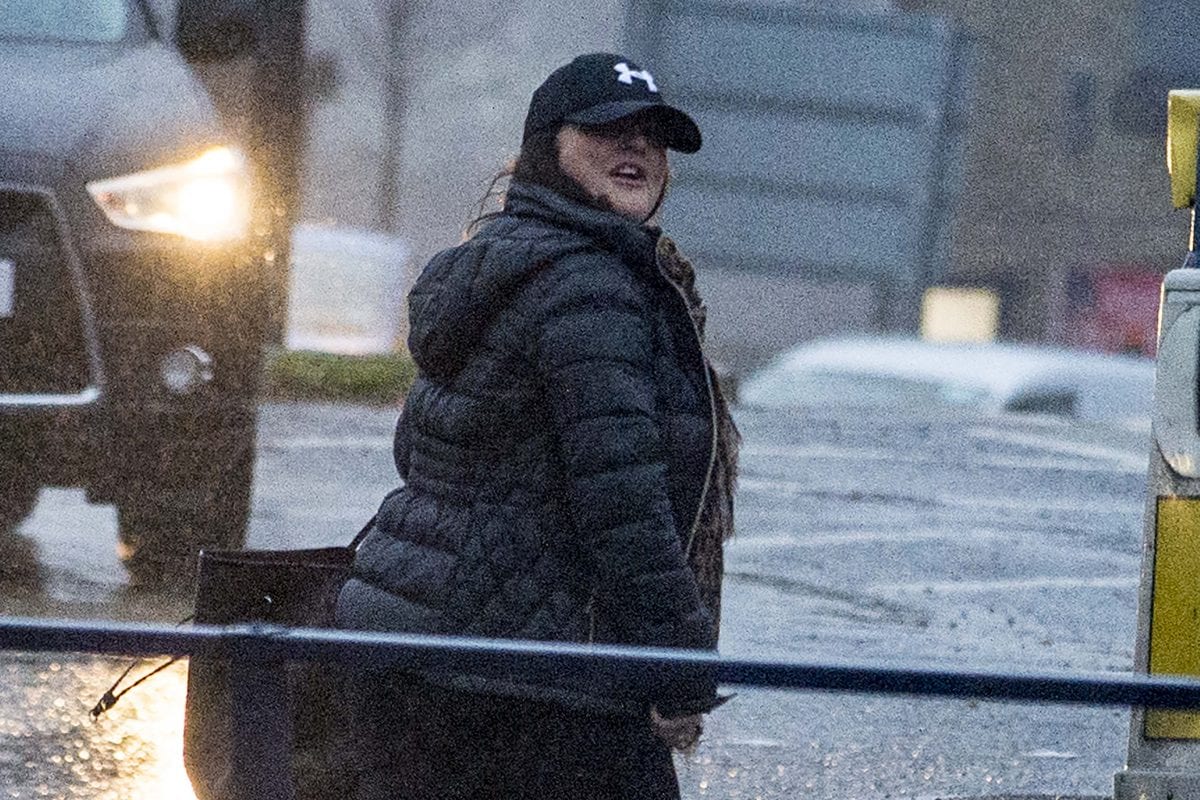 Danielle Fisher made the threat towards ex Gavin-Brammah after he refused to hand over money totalling around £20k for a house they had bought together.

Ms Fisher, daughter of ex-Huddersfield Town chairman Terry Fisher, threatened to ‘out’ him using a video featuring a man resembling him having oral sex with another man.

Fisher, 32, claimed his sexual orientation was one of the reasons they split up despite having had three children together, a court heard.

Prosecutor Robert Campbell claimed Fisher was going to publicise the video on the internet.

A court heard, while Mr Brammah was driving through Huddersfield, Fisher, who was in a passenger in a Range Rover, made an oral sex gesture towards him.

Fisher, of Huddersfield, West Yorks, pleaded guilty to harassment and persistently making use of a public electronic communications network to cause annoyance, inconvenience or anxiety.

She was handed a 12-month community order with up to 25 days of rehabilitation activities at Kirklees Magistrates’ Court.

Fisher was also given a two-year restraining order.

A court heard the couple broke up 18 months prior to the offences and during the course of their relationship, a number of incidents were reported to police on both sides.

Then on April 15, Mr Brammah received an email from Fisher which had a video attached at 9pm. Following that he received a further three emails all containing the same video which was sexually explicit and showed two men engaging in oral sex.

In the emails, Fisher went from talking about money owed to her and childcare issues to her ex’s sexual orientation and alleging that this played a part in their break-up.

Prosecuting, Mr Campbell said: “The complainant received an email, that email talked about some money which he was said to have owed.

“She then went onto make allegations about the complainant’s sexual orientation and blaming that for the break up of the relationship, and that he should come out to the family.

“An attachment to that email was a video of a very explicit nature, of two males engaging in oral sex.

He told a court she suffered domestic violence at his hands and her mental health deteriorated and she was hospitalised.

Mr Ali said: “The relationship was extremely toxic as far as Miss Fisher was concerned.

“Her mental health deteriorated during this relationship. She was hospitalised on a number of occasions. “Miss Fisher accepts during the course of the email she has allowed her emotions to get the better of her.

“Primarily down to the fact that after the break-up of the relationship her family took his side and she couldn’t understand why this was the case.

“Although, Miss Fisher started off when she wrote that email in a positive way she accepts that by including the video that was an inappropriate step to take.”

Sentencing Fisher, magistrate Wayne Perriman said: “These issues are diabolical and this is a very serious matter.

“The aggravating factors here are you’ve targeted Gavin to maximise the effect.

“You’ve threatened to disclose this intimate material of sexually explicit images and this is motivated by hostility based on sexual orientation.

“In this day and age, it’s a free world.

“It stops now. You have to forget it and move on. Draw a line in the sand and start again.”

A court previously heard that in 2013 Fisher received a suspended jail term at Leeds Crown Court after selling counterfeit brands including Hugo Boss, Juicy Couture and Louis Vuitton at her fashion store Plan B in Lindley.

Mr Brammah also received a suspended jail term for selling fake goods and in July 2016 was jailed for 18 months for VAT fraud.

He submitted false claims for £50,000 while director of Brammah Group Ltd, a clothing wholesale company which Fisher was secretary of.

Magistrates also made a two-year restraining order – as part of it she must not make contact the victim or post online any information or assertion about him on social media.

Fisher has to pay £200 towards prosecution costs and £85 victim surcharge.

Mr Perriman did not award compensation to Mr Brammah because he felt it would “aggravate the situation especially when you’ve got children together”.