"Commerce must not outshine the protection of the population against infection”. 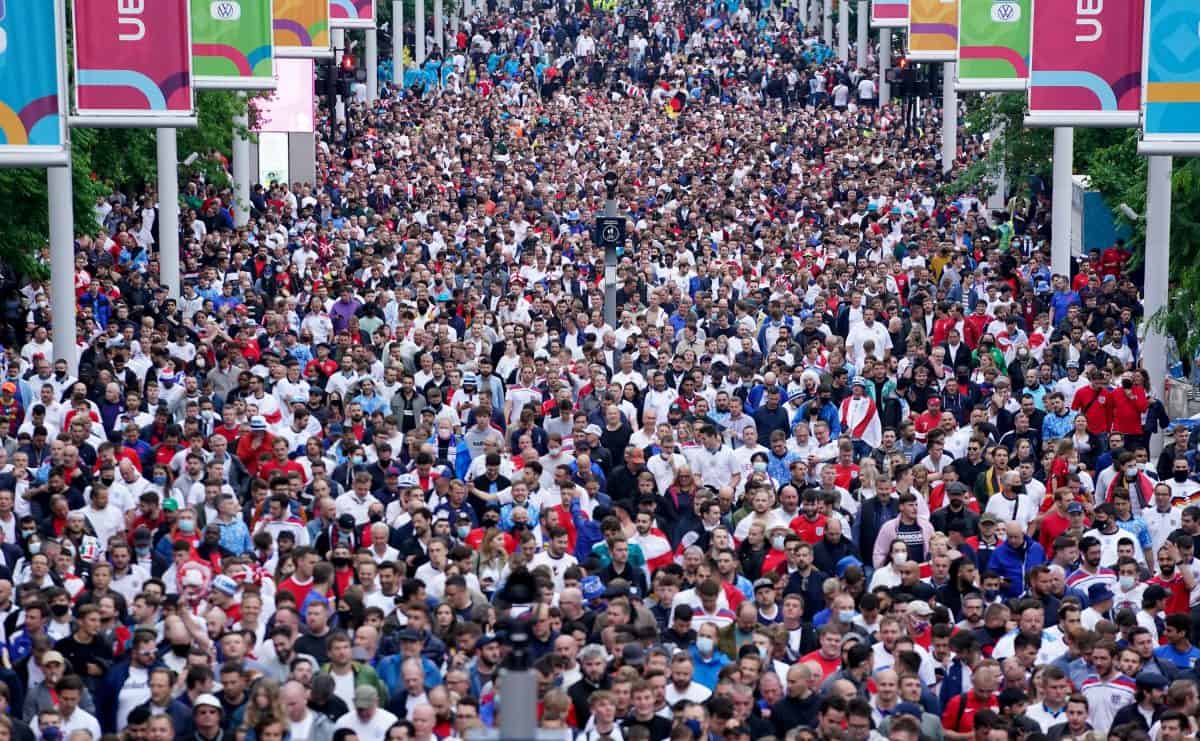 The Euro 2020 final at Wembley will go ahead with more than 60,000 fans despite UEFA’s medical chief warning that COVID cases linked to tournament matches cannot be ruled out.

It comes as Germany’s interior minister has said it was “absolutely irresponsible” for Uefa to allow more than 40,000 fans into Wembley Stadium to watch England play Germany at Euro 2020.

The crowd of 41,973 at Tuesday’s match was the biggest in Britain since the pandemic began and came while the more contagious Delta variant, first found in India, is fuelling a significant increase in new cases in the UK.

Interior minister Horst Seehofer, who is also responsible for sport, was asked about the attendance at the match and the prospect of more fans attending the semi-finals and final at Wembley.

He said: “I think this Uefa position is absolutely irresponsible.”

Mr Seehofer added that he thinks money is driving the decision “and commerce must not outshine the protection of the population against infection”.

He also appealed to Uefa “not to push this off on local health authorities” and said the governing body of European football should say “we don’t want it this way and we’re reducing the numbers of spectators”.

Business secretary Kwasi Kwarteng when asked if the proposal will go ahead as planned, Sky News: “Absolutely. The key to the outbreak, the key to dealing with the coronavirus is the vaccination.

“So I’d urge anyone who hasn’t been vaccinated to get their first dose – anyone over 18 – and people should be encouraged to get the second dose.

“That is what is giving us the protection we need to fight this terrible virus.”

UEFA said in a statement: “All the remaining matches of Euro 2020 will go ahead according to the match schedule as planned.

“The mitigation measures implemented in each of the Euro 2020 host venues are fully aligned with the regulations set out by the competent local public health authorities.

“The final decisions with regards to the number of fans attending matches and the entry requirements to any of the host countries and host stadiums fall under the responsibility of the competent local authorities, and UEFA strictly follows any such measures.”

Related: Govt announces Covid loophole for business execs – much to the annoyance of we mere mortals