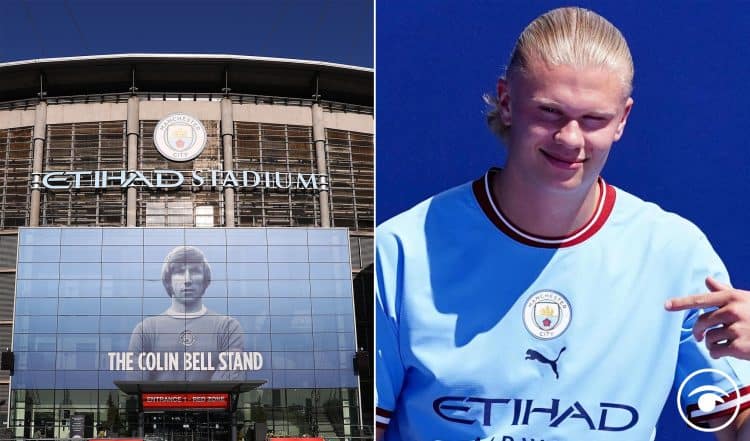 Nine goals in his first five games surpassed a Premier League record jointly held by his Etihad Stadium predecessor Sergio Aguero – and it came about thanks to back-to-back hat-tricks against Crystal Palace and Nottingham Forest, something achieved by only five men previously, with the great Alan Shearer not among them.

Looks like the premier league should be changed to the Haaland league.

He tweeted this last night!

Manuel Akanji has set his sights on winning silverware in England after signing a five-year deal to complete his move to Manchester City from Borussia Dortmund.

City were thought to have wrapped up their summer business but went back into the market to add defensive depth after recent injuries to Aymeric Laporte and Nathan Ake left Ruben Dias and John Stones as the only fit senior centre-halves available to Pep Guardiola.

The Premier League champions have paid a reported £17million to land the Switzerland international, who spent four seasons with Dortmund after joining from Basel in 2018.

The 27-year-old had one year left on his contract with Dortmund, who brought in Nico Schlotterbeck, 22, this summer with Akanji indicating he wanted a new challenge.

“I am delighted to be here, and can’t wait to get started,” said Akanji, who has taken the number 25 shirt vacated by former City captain Fernandinho this summer.

“City have been one of the best teams in Europe over the last few seasons. They are brilliant to watch, play an exciting brand of football and compete for trophies year in, year out, so coming here feels like the perfect next step in my career.