The 83-year-old, who was the oldest player in Sir Alf Ramsey's 1966 final starting XI, died on Tuesday after a two-year battle with dementia 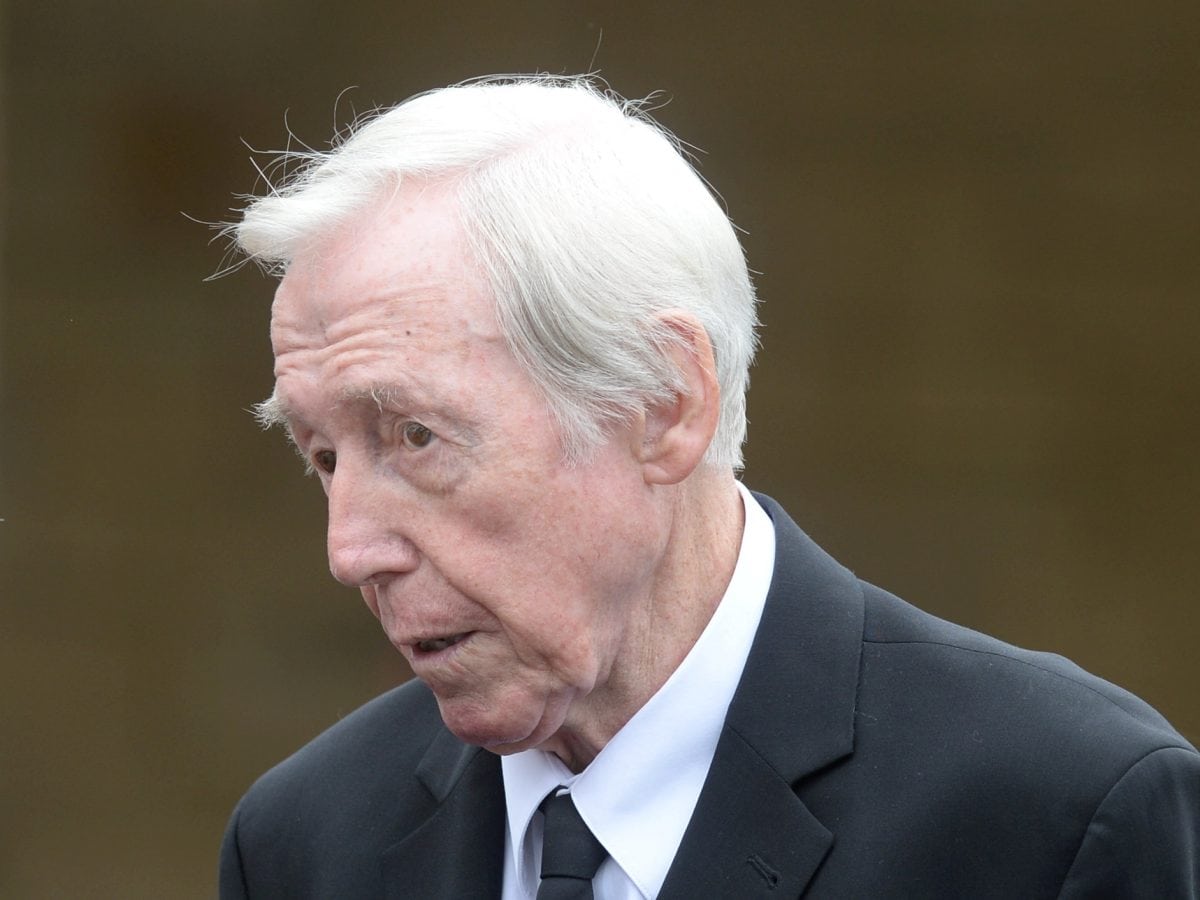 Ray, who was the oldest player in Sir Alf Ramsey’s 1966 final starting line-up, died on May 16 after a two-year battle with dementia.

He was arguably England’s greatest ever left-back and will forever remain one of the heroes of the World Cup Final victory against West Germany.

During his career, he spent most of his club career at Huddersfield Town before moving to Everton, where he helped the Toffees win the 1966 FA Cup.

He was capped 63 times for his country and following retirement from the game he ran an undertakers, keeping a lower media profile than his England team-mates.

Ray, who leaves behind his wife Pat whom he lived with in Slaithwaite near Huddersfield, West Yorks., and two sons Russell and Neil, was a modest man who was respected throughout the football world.

Family, friends gathered to pay their respects to Ray, who was born on December 17, 1934, at Huddersfield Crematorium today (weds).

Others at the service included Roger Hunt, Mike Summerbee and Norman Hunter.

Family asked that no-one wore black for the funeral, which kicked-off at 12.30pm, and male mourners donned dark blue and grey pinstripe suits.

Ray’s funeral cortege of three Mercedes cars slowly ambled towards the crematorium before his coffin was lifted out and carried inside by six men.

Mourners followed closely behind the coffin, draped in flowers, in tune to Unforgettable by Nat King Cole which was fittingly played in the background.

A private service, which lasted an hour, was then conducted by The Reverend Canon David Ward

The order service included a tribute, a series of hymns and ended with the Lord’s Prayer.

Mourners then streamed out of the crematorium to exit music Fly me to the Moon by Frank Sinatra.

Gordon Banks, who was in goal when England lifted the World Cup trophy in 1966, paid tribute to his teammate Ray Wilson and said he would still “stand out” in the modern game.

Speaking after the service today (weds), he said: “He would stand out like a sore thumb, he would be great, he would be a really great player.

“In fact, I thought he was great playing in front of me.”

Gordon, aged 80, originally from Sheffield, south Yorks., spoke of the special bond between the World Cup winners that has stood the test of time.

“It was lovely, every year taking our wives and having a weekend.

“That kept on going for a good few years until some of the lads got Alzheimer’s and just couldn’t make it so we had to pack it in.”

He described Wilson as a smashing guy who often would crack a joke in the dressing room before an International game that would “make you relax that little bit more”.

“It was a very nice service, we made sure that he knew about it and everything which was good,” he added.

“That’s how we appreciated each other when we played, we just got on so well together and he was a lovely guy, a smashing guy.

“He loved a joke and a laugh, it did us well in the dressing room.

“When you are in the dressing room and it’s an international match you are really tight and he would crack a joke or make some fun out of something and that would help you to relax that little bit more.

“He really was a lovely guy and a really super footballer as well, a really good player.”

Gordon complimented Ray’s speed as one of the major qualities that he brought to the England side which went on to lift the World Cup trophy.

“I think his speed, he had great speed,” he added.

“The winger would come to him and might get around him and knock it forward, he would be in front of him maybe three or four yards, yet Ray would catch him up and make sure he didn’t get that cross into my penalty area.

“He was terrific, he really was.”

Gordon praised the “special row” in front of him made up of Jack Charlton, Bobby Charlton and Ray.

“They worked together, helped me, I helped them and we just got on so well, it was just a wonderful team.

“As you said, it’s just this one time that we’ve won it, we always hope we are going to get it again.

“It’s such a huge tournament, nobody knows.

“Even though we were playing at Wembley there was nothing in our minds saying ‘oh, we are going to win this trophy’, you just went out at did your best.”

Gordon said he will be keeping a close eye on how England perform at this year’s World Cup in Russia.

“You can never tell, I saw that last friendly match and they were not too bad but this next one if they playing a little bit better, get through that first group then it will give them confidence,” he added.

“The longer they go on winning, it will give them confidence and you just never know.”

Any donations in memory of the late Wilson were asked to be paid to The Alzheimer’s Society.

When news of Wilson’s death was announced there were tributes from some of the biggest names in the game.

World Cup-winning teammate Sir Bobby Charlton said: “Ray was an excellent teammate at international level for many years and a close friend.

“We shared some wonderful memories throughout our career and I had the pleasure of being his room-mate.

“Ray was a great man and he will be missed by so many people.”

And former England striker Jimmy Greaves said: “We had some laughs and some very late nights. In many people’s eyes the best English left-back ever.”

Wilson was born in Shirebrook on 17 December 1934, and was given the name Ramon, in tribute to Mexican Hollywood actor Ramon Novarro.

He joined Huddersfield at the age of 17 in 1952, having previously worked on the railways.

Wilson played in a forward role and in central defence before trying his hand at left-back, where he was advised to remain by reserve-team coach Bill Shankly.

It was when Liverpool’s legendary manager took charge of the first team in 1956 that the defender’s career flourished.

Wilson went on to win the first of his 63 England caps in 1960 when he featured in the 1-1 draw against Scotland. He remains the last Terrier to play at a World Cup while at the club, having played at the 1962 tournament.

After 283 appearances Wilson joined Everton in 1964. Silverware came in a memorable 1966 when Wilson helped the Toffees beat Sheffield Wednesday 3-2 in the FA Cup final before helping England to World Cup success a few weeks later.

The defender played 154 matches for the Merseyside club before joining Oldham in 1969. He finished his career in 1971 at Bradford, a team he also managed for just 10 games.