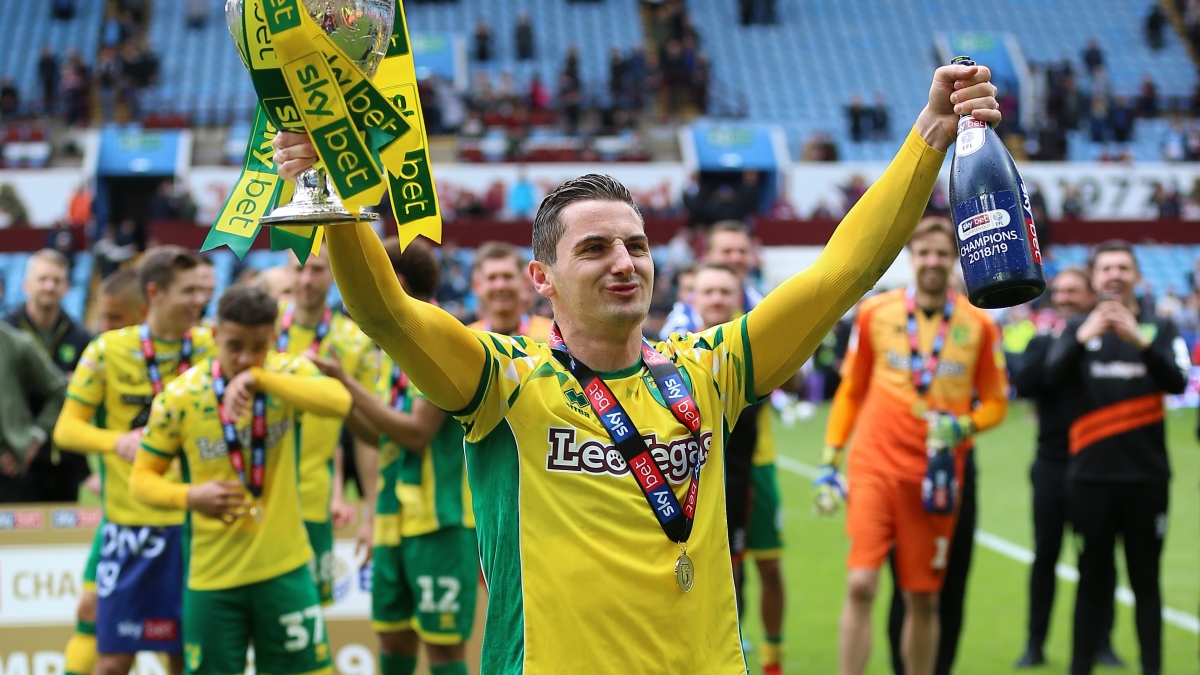 Norwich right-back Max Aarons has signed a new five-year contract that will keep him at Carrow Road until 2024, the club have announced.

He had been linked with Manchester United, Tottenham and Crystal Palace, but the Canaries were determined to keep him.

Norwich received no enquiries about the 19-year-old and he has now committed his future to the club.

“I’m delighted,” Aarons told the club’s official website. “Obviously it’s been a brilliant season, for me personally and the team, and to top it off with the new contract is brilliant.

“The club has shown a lot of faith in me since I first joined the first-team set-up. For them to reward me with a new deal is brilliant.

“The progress (I’ve made) has been massive and gone really quickly. To think I was sat signing my first professional deal this time last year and being here now, it’s brilliant.

“Like I’ve said many times, I had goals but I didn’t foresee them being anything like how it was last season.”

Aarons has made 43 appearances in all competitions, with 41 coming in the Canaries’ title-winning Sky Bet Championship campaign last season.

Norwich kick off the Premier League season at Liverpool on August 9.

Aarons added: “As a player, you want to test yourself at the highest level. What better way to start than away at Liverpool and it will be a challenge but there is more to be gained.

“We’ll go there with confidence and everyone has felt good in pre-season. By the time that first game comes we’ll be ready.”